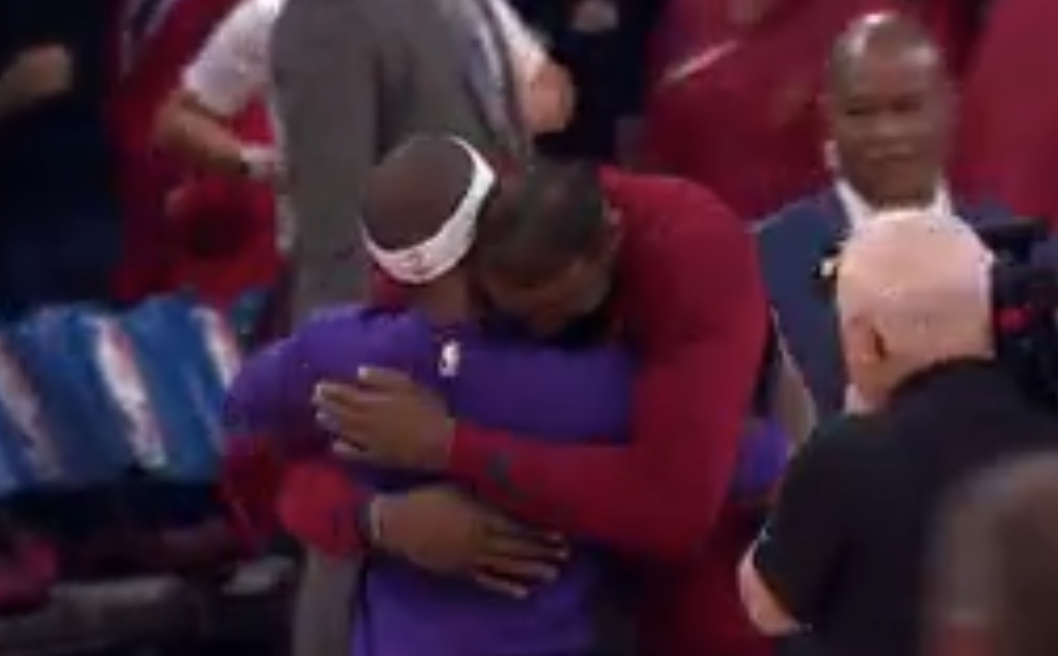 The LeBron James-Isaiah Thomas experiment was a disaster, which is the main reason the Cavs were so active leading up to the trade deadline.

Both players have been known to demand the ball during key moments in games, and that’s part of why them being on the court during the same time as teammates didn’t work out.

And while they had some tense moments when Thomas was on the Cavs, it appears that the air has since been cleared, and that the two have respect for one another. James and Thomas hugged it out and shared a warm embrace on the court before Sunday’s game.

The Cavs star even dapped up Thomas’ kids.

LeBron showing some love for IT's kids pic.twitter.com/aYs6JiCyPX

It was great to see the two reunited, especially with Thomas’ departure being as sudden as it was. A lot of the animosity between the two now seems to be a thing of the past.