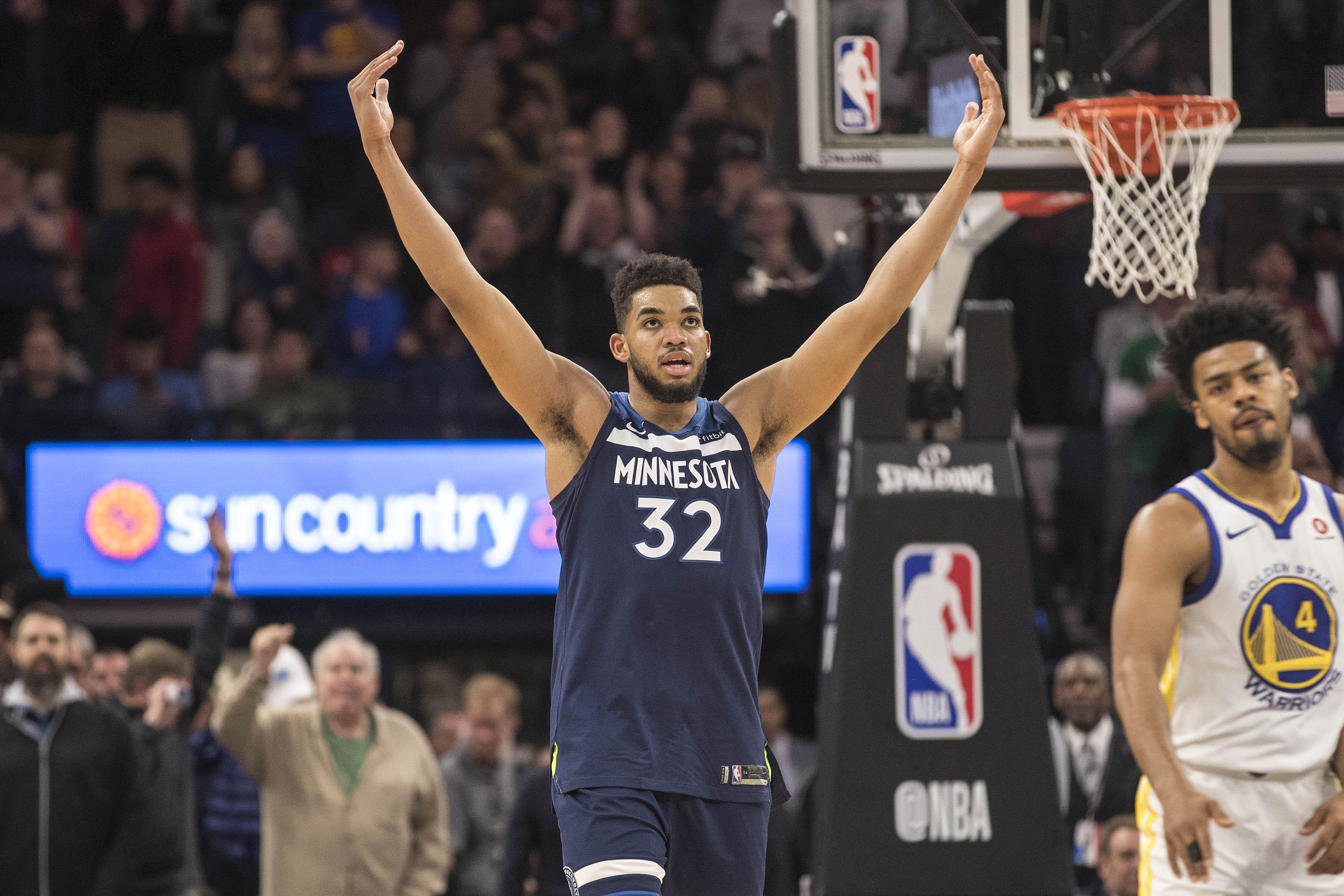 Big win for the home team!

Game story on Timberwolves win over Warriors: thoughts on KAT and Wiggins, defense and luck, Rose’s debut, the electric atmosphere and more https://t.co/2RaRu25rlI

How the Timberwolves points and shots played out against the Warriors: pic.twitter.com/uQe7EugBJV

With the Wolves winning I am rooting for the Jazz to beat the Pelicans. Jazz up 10. Doesn't look like the Kings will be helping anyone out against the Nuggets. Nuggets up 17 at half.

.@KarlTowns on getting a big win over the Warriors this afternoon pic.twitter.com/HnHyAZwyrG

Oh, all the games I care about are done. Swell.

This was our biggest win of the season.. #AllEyesNorth

Finally watching the game. I mean forget about being bad, Derrick Rose can barely move to begin with.

The only good thing about Derrick Rose is that his play lets us know which people's basketball opinions to not take seriously.