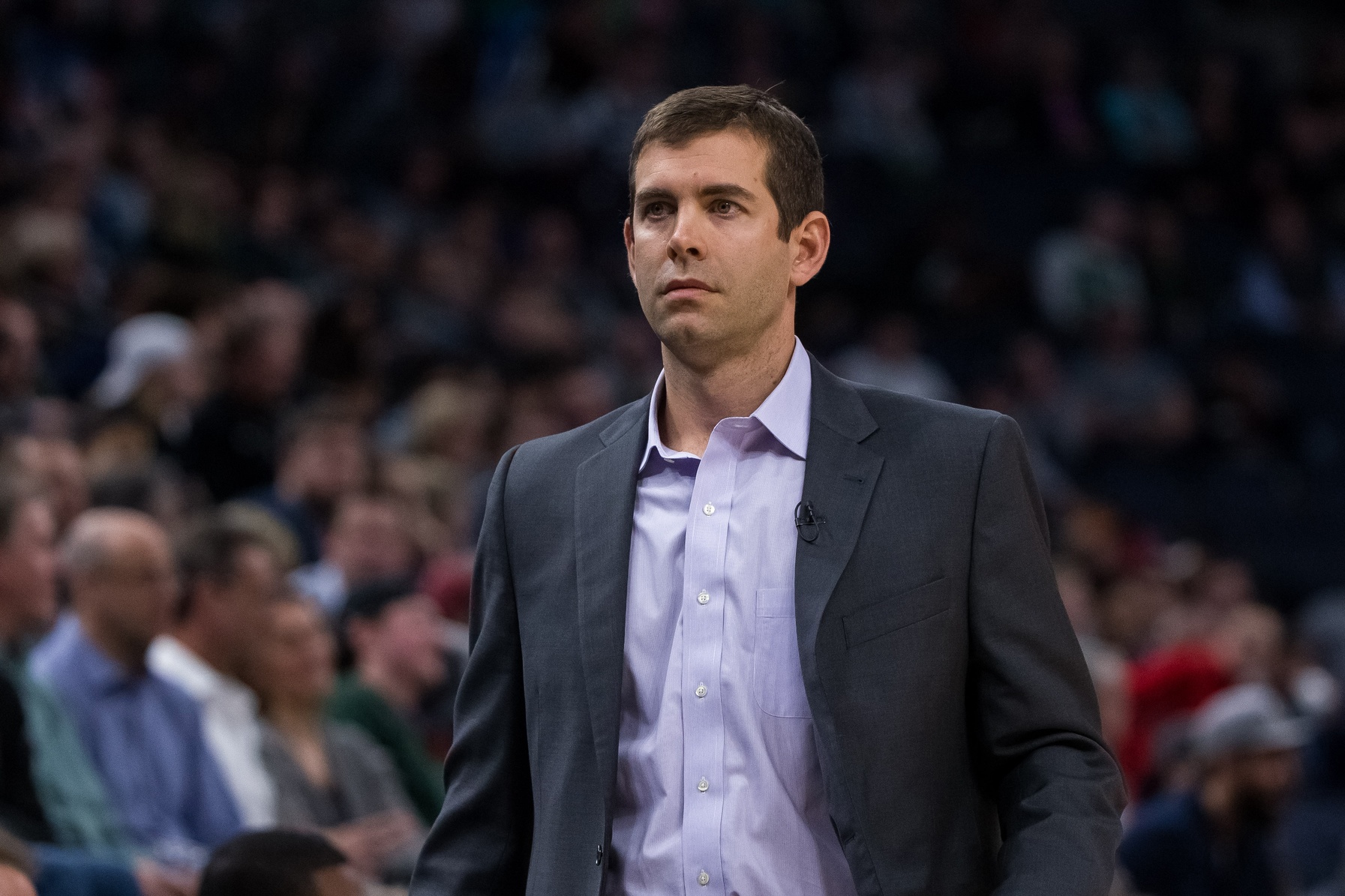 “I think mental health and mental wellness is one of the most important things we can do, talk about, recognize,” Stevens said after the team’s practice Saturday. “I think the first assumption as a coach [is] we just have to run harder and do it tougher.

Globe: Brad Stevens: ‘Mental health is one of the most important things we can do, talk about, recognize’

“Especially as men, I think we grow up to feel like we’ve gotta be able to do anything on our own. If you ask for help, it shows a sign of weakness,” Smart said. “But unfortunately, it’s not that way. You do need help. You can’t do it on your own. Nobody’s perfect. So especially in this business and this game and this life, it’s a lot of things that go on. There are a lot of components that key into your life and a lot of distractions and things like that. So it can get hectic. And it’s good to see those guys come out and say those things to kind of encourage guys not to be afraid. If you need help, speak out on it.”

“I was fortunate that my career started at Ely Lilly,” said Stevens who added that the drugs they were most responsible for monitoring the sales for were for treating depression, bi-polar disorder and schizophrenia.

“When you work in the pharmaceutical industry, you realize there’s a lot out of people’s control. And there’s ways people can be helped. If we can do something to help show people that it’s not only okay, but we encourage people to ask for help. Again, we take care of everybody’s physical needs all over the place. We should all be on top of all of our mental needs and wellness needs; it’s really important to me.”

NBCS Boston: Brad Stevens has unique perspective when it comes to the importance of mental health

This is an impressive, forward-thinking view of mental health taken by the Celtics.

I grew up in an old-school home where “tough love” was standard practice. I’ve had coaches throughout my life call me names when I was showing any sign of mental weakness. This is the norm for us guys who come up in the sports world.

And while there is a need for toughness and pushing, there also has to be a recognition of when deeper issues are at play. This is why I love what Stevens said so much.

“For me it’s the same as we tape ankles every day: Let’s take care of all of ourselves.”

A proper outlet to care for mental health is important for not just these young men, but for all of us. For NBA players, it’s especially tough to express the need for some sort of counseling because they’ll often hear “what do you have to be worried about?”

This is why it’s important to have these discussions, because anxiety and depression don’t check someone’s bank account first before striking. If you walked into a room with five brains on an examination table, you wouldn’t be able to tell which one belonged to a former athlete.

This is why I think it’s especially important for players to talk about mental health. People need to understand that circumstance doesn’t have anything to do with anxiety or depression. Don’t confuse the ability to use the money to relax on a vacation with the ability to shut things off inside someone’s brain.

Read what Marcus Smart said and take it to heart. It is not a sign of weakness to ask for help. It’s actually a sign of strength. The ability to understand you can’t go at this alone is critical to good mental health.

“He went through a series of tests (Friday) that were more detailed even than the ones he went through in Minnesota,” Brad Stevens said after yesterday’s practice. “Everything came back negative so he’s doing better. He’s sore and he has entered the concussion protocol. As far as structurally, neck, back, shoulders, he’s going to be fine. He will be out, obviously, tomorrow. I guess at some point he becomes day-to-day, but I don’t see that happening anytime in the next couple days or week even.”

The most relieving part for all who saw Brown, after his fingers slipped off the rim during a dunk, fall on the back of his head and neck is that the news isn’t worse.

“He was walking on his own, everything seemed to be fine,” said Marcus Smart, who saw Brown on Friday, when the latter was undergoing a battery of tests. “So that was a good sign for us. So I think he’s going to be OK.

I’ll just say it’s amazing that Jaylen left that situation with only a concussion. And I say that not in a way that minimizes the concussion, which is very serious. I mean that in a “in the range of potential multiple serious injuries he could have suffered, it’s amazing he didn’t suffer all but one of them.”

Remember, the concussion protocol is run under the guidance of the league and it requires several steps be passed. Some people come out of it in a day or two, some take weeks. Each concussion and player is different so the timeline is wide open.

As for replacing him in tonight’s starting lineup… Brad Stevens is still up in the air.

“We’ll look at Shane (Larkin), (Marcus) Smart, Terry (Rozier), Semi (Ojeleye), (Abdel) Nader, any of those guys could start,” Stevens said Saturday after practice. “You’re not only worried about the first five minutes of each half. It’s important, it’s really important, but at the end of the day, we’ll weigh starting Smart or Terry or keeping our bench unit together.”

I’m betting it’s Ojeleye. I think he most closely  fits the profile of what Jaylen brings to the game (big, strong wing who can, theoretically, hit the 3 on a kick out), and it allows the bench to stay together.

In the end, it doesn’t REALLY matter because if they start Semi and he struggles, they can just sub Smart or Rozier in right away. There’s no rule that says a starter has to play eight straight minutes.

ESPN has another inside look at how the Isaiah Thomas situation went sour there so quickly. Of course, nearly everything hinges on LeBron James.

There were three factors weighing on Thomas’ tenure in Cleveland above all else: his health, his contract situation and the Cavs’ championship-or-bust credo. Any one of those three challenges would be a load to handle alone. Their combined impact suffocated Thomas and created an insurmountable atmosphere, which is saying something for a man who has made a career out of beating the odds.

And there was a fourth factor that poisoned the pool for Thomas in Cleveland before he even dipped his toes into the water: James was against the trade that sent Kyrie Irving to the Boston Celtics to bring Thomas there in the first place.

[…] When the dust settled, the fact that Cleveland got only a second-round pick after pausing the deal — and not an additional first-rounder or young player such as Jayson Tatum, Jaylen Brown or Terry Rozier — didn’t just disappoint James as a basketball player. It disappointed him as a businessman.

All this before Thomas took a single dribble.

Go ahead and read that whole thing and see if you don’t come away from it like I did… that LeBron is as cold and calculating as any GM out there.

Globe: The NBA is missing out on a win-win-win scenario

BSJ: NBA Notebook: Looking ahead to 2019 Kings pick for Celtics