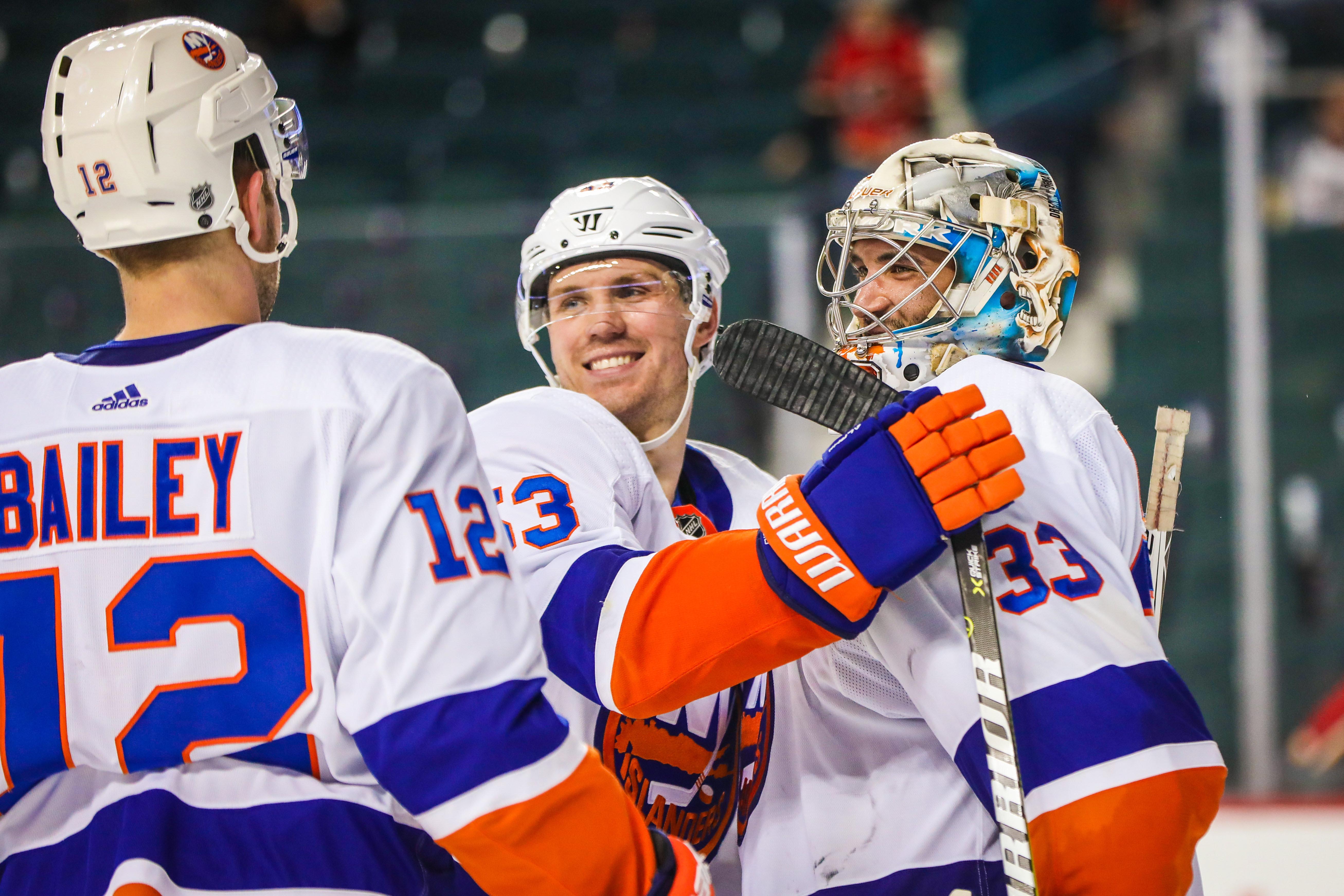 It took eight games, but the losing streak is finally over.

The Islanders wrapped up a four-game road trip with a 5-2 win on Sunday night over the Calgary Flames. The win was the Islanders first since they defeated the Carolina Hurricanes on February 16.

New York’s hopes of making the playoffs remain in critical condition, but they do sit at seven points out of the final playoff spot in the Eastern Conference. The Islanders have 13 games remaining in the regular season.

Christopher Gibson made 50 saves in the win to record his second career NHL victory. It was the sixth time this season that the Islanders had surrendered 50 or more shots in a game.

The Islanders quickly jumped to a 2-0 less than three minutes into the game with goals 18 seconds apart. Nick Leddy scored at the 2:14 mark followed by a second goal by Johnny Boychuk at 2:32 of the first period.

Johnny Gaudreau pulled the Flames back within one with a goal midway through the first, but Jordan Eberle scored his 24th goal of the season to put the Islanders back in front by two. Anders Lee made it 4-1 in the second period when he scored his first of two goals of the night.

Mark Giordano scored at 7:24 of the third period to cut the lead to 4-2. Lee scored in the final minute of the game to record his 33rd goal of the season and his 53rd point of the season, which set a new career high for the forward.

The Islanders do not play again until Thursday when they host the Washington Capitals at Barclays Center.