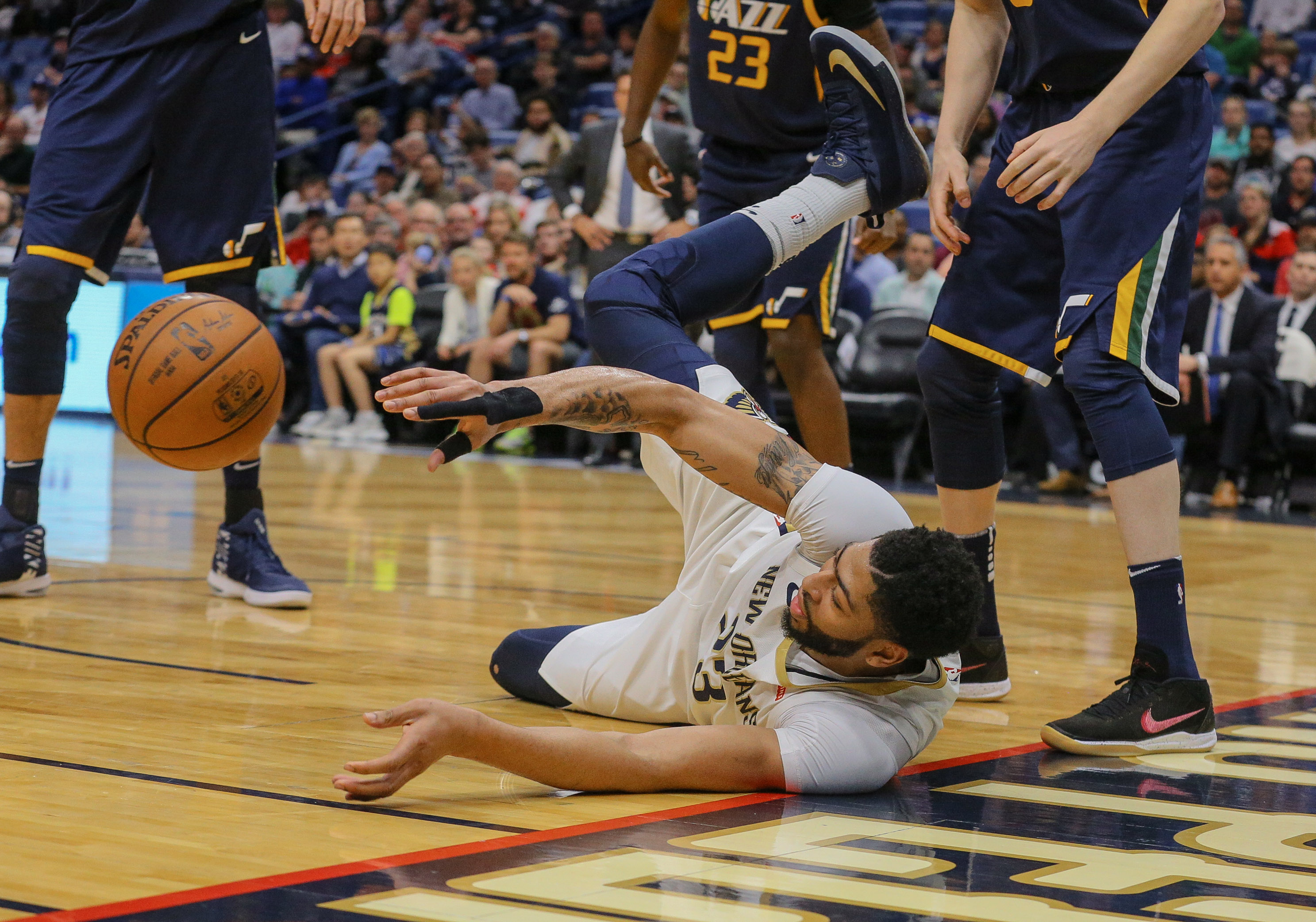 New Orleans,LA- The New Orleans Pelicans hosted the Utah Jazz Sunday afternoon in the Smoothie King Center. The Pels looking to right the wrong of a previous loss headed in to the final of four regular season games against Utah. The Jazz led by young exciting rookie of the year candidate Donovan Mitchell & riding a 6 game winning streak wasn’t going to make it easy for the Pelicans.

New Orleans getting Anthony Davis back after a sprained ankle which cause him to miss the Wizards loss, was looking to get back to winning. The Pelicans came out and battled to establish themselves in this game, it had a seesaw feel to it early on. The Pels did an excellent job on Donovan Mitchell defensively in the 1st half but others like Joe Ingle & Ricky Rubio kept the Jazz into before the break. The second half belong totally to Utah as Mitchell, Jazz big man Rudy Gobert & guard Ricky Rubio combined scoring 77 of 116 points to put the game out of reach.

The Pelicans Superstar Anthony Davis was brilliant as usual scoring his first career triple double game posting 25 points 11 rebounds & 10 blocks. Despite that stat line New Orleans allowed to many easy lay ups in this game, especially to Jazz guard Rubio. The fact they allowed Utah 17 offensive rebounds out of 65 boards is amazing. New Orleans did shot 42% from the floor & a lousy 29% from beyond did little to stem the tide from the Jazz. The Jazz were able to hit six more three-point shots & convert 13 more free throws that helped keep the game out of reach from New Orleans. The Pelicans were only allowed 13 attempts from the charity stripe this game versus what The Jazz had which were 25 attempts.

Utah exploded for a 68 points in the 2nd half to seal the win 116-99. The Pelicans now lose their second game in a row while being held under 100 points.

New Orleans (38-28) now faces Charlotte (29-38) in the Smoothie King Center Tuesday night in the last of a three game home stand. The Pelicans are now 17-14 at home & seem to more comfortable on the road. This is a very strange development but the good news is New Orleans is still 4th in the Western Conference Playoff Race despite the losing. I think the Pelicans can use a line-up change, perhaps moving Moore who is struggling mightily out of the starting rotation in favor of a bigger, better defensive option like DeAndre Liggins. Either way now is not the time for New Orleans to begin a losing streak with the West Playoff Race so tight, so something has to change.