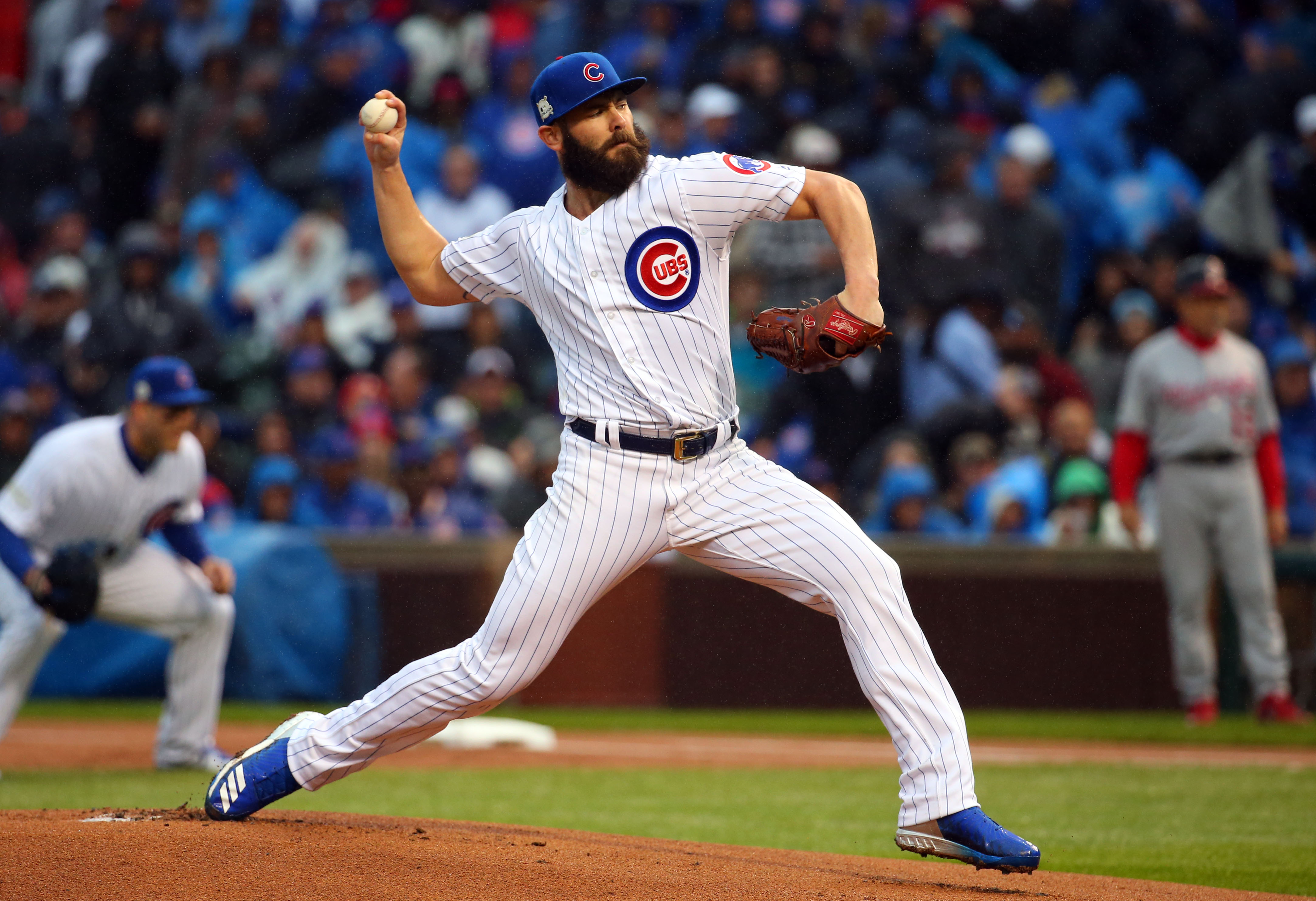 It appears that Scott Boras’ cold streak of only getting one-year deals for his clients is over for the time being.

Free-agent hurler Jake Arrieta and the Philadelphia Phillies reportedly have an agreement in place for a three-year, $75 million contract. As with a number of Boras clients lately, the 32-year-old gets an opt-out clause after the second season, and Philly also gets the opportunity to void it by initiating a two-year extension for 2021-22.

Seeing something like this coming to fruition for Arrieta was tough to fathom after the first three months of 2017. When the hurler woke up on July 1st, he owned a 4.67 ERA while allowing 1.32 home runs per nine innings and a 31.4% hard-hit rate through 88.2 frames. The silver lining was that advanced ERA estimators pegged him as a bit unlucky (4.04 SIERA, 3.92 xFIP), and he turned things around in a big way to salvage his season.

Given the situation, signing Arrieta to this kind of short-term deal isn’t nearly as big of a risk as it would initially seem. But, what exactly are the risks?

In the Wrong Direction

Since breaking out in 2015 with an incredible Cy Young performance, Arrieta was a crucial piece to the puzzle for a Chicago Cubs team that reached the NLCS in three consecutive seasons, which also included a World Series title in 2016. While that experience is great for a young and rebuilding team like the Phillies, it’s also a lot of wear-and-tear on Arrieta’s right arm.

Sure, he’s only thrown 1,161 career regular-season innings, but over 51% of them have come within the last three years. And almost every statistic in the below table has decreased each season during this time.

We can obviously point to that 2015 performance and call it an outlier (especially since that 0.75 second-half ERA of his was just bananas). However, it is concerning for a pitcher at his age — after seeing the average velocity of his four-seam fastball settle in at a career-high 94.6 miles per hour in 2015, it’s decreased in each of the last two seasons. The 92.1 mph average velocity he posted in 2017 was a career-low.

The concerns with Arrieta’s performance aren’t hard to see. He also brings the kind of track record and big league experience that the current Phillies rotation was lacking, though.

According to Roster Resource, the projected Opening Day rotation had previously included Aaron Nola, Jerad Eickhoff, Vince Velasquez, Nick Pivetta, and Ben Lively. While some have experienced success at the MLB level, none have experienced it at Arrieta’s level. And for a team that thinks they’re nearing the end of a lengthy rebuild, it’s important to have a stabilizing force in the form of a veteran player that can keep those young guys on the straight and narrow when pressure is on.

The goal of any rebuild is to finish with a roster and farm system that’s set up for consistent success. Having young talent is important to accomplish that, but it’s just as important — if not more so — to have a veteran or two on hand that’s been up the mountain a few times and knows what it’s like up there. Along with producing in the short term on the field, Arrieta’s impact on a mostly young staff has the potential to be felt for years down the road.

Setting Things Up for Next Winter

Although this move is literally coming months after the organization’s small spending spree in December that included signing Carlos Santana, Tommy Hunter, and Pat Neshek, it’s likely that the mindset behind it is the same: to ramp up for 2019.

The Phillies have a shot at being competitive this season, but it’s still unlikely that they’ll seriously push for a playoff berth. While accomplishing something like that would be awesome and ahead of schedule, the main goal for 2018 is to appear more relevant and outperform last year’s club that posted just 66 wins.

Ideally, Gabe Kapler‘s first year as manager would produce more than 73 wins — something Philly hasn’t done since 2012 when they went 81-81. The biggest reason behind these moves is to boost their performance floor and look more attractive to the top end of next winter’s loaded free-agent market (*cough* Manny Machado *cough*).

It’s also worth noting that there was money to spend from a team that hasn’t been afraid to do it in the past. The Phillies’ $116 million payroll in 2017 was well below league average and among the bottom third in baseball. And when not accounting for pre-arbitration salaries, they have one of baseball’s lowest payrolls with 2018 on the horizon.

Committing $75 million to a player that’s likely going to continue declining is a risky investment, but it was a prudent one for Philadelphia. The payroll flexibility to make it happen was there, it’ll probably help them sell some more tickets for the upcoming season, and his influence on the staff will be valuable. Plus, having an offseason in which they lured both Arrieta and Santana — two of the winter’s top available players — to Philly certainly makes them a more attractive landing spot for future free agents.

For an investment like this, it’s necessary to make sure the pros outweigh the cons, and that is definitely the case here — especially with it being just a three-year commitment.