Your Morning Dump... Where now's the time to rest & get right 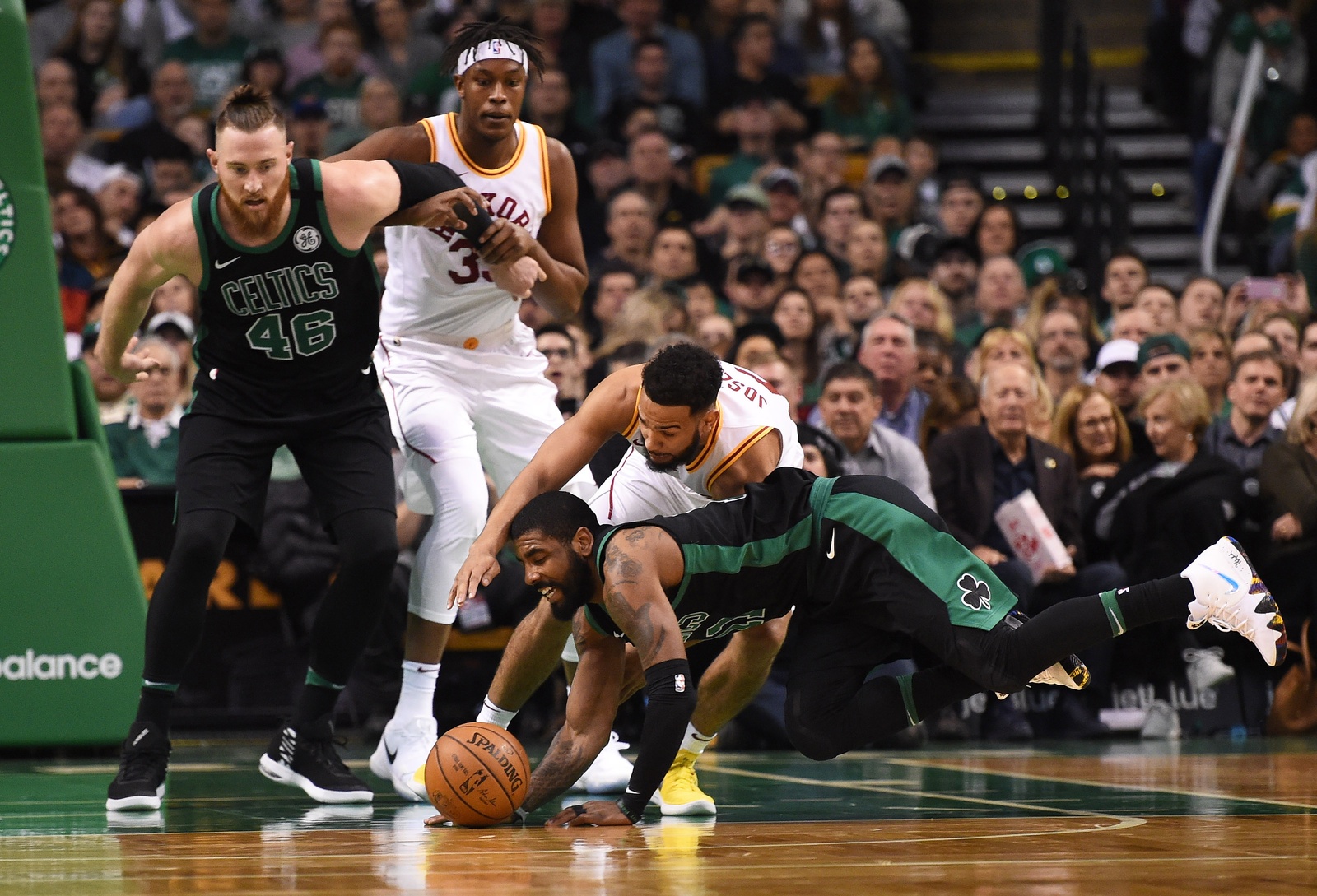 Your Morning Dump... Where now's the time to rest & get right

The focus of the Celtics’ season then shifted to making it to the playoffs in one piece. Boston is now 3½ games back of Toronto with 15 to play and two matchups left with the Raptors. That’s enough time to make a push for the No. 1 seed, but the Raptors are playing so well and their remaining schedule is far from difficult (Brooklyn twice, Dallas, Orlando twice, Detroit) that it’s time to give Irving an extended break.

“That is going to be a priority anyway,” Celtics coach Brad Stevens said of the team’s health. “At the end of the day, that’s where we want to be. We’ve got to do a great job of staying in the moment and talking about the next game. The reality is we still have 15 games left. We still have one-sixth of our season left. We do need to be healthy, there’s no question about it.

“Again, it was the reason why Kyrie didn’t come back in the game, because we didn’t want him to push it. We need to get those other guys back as soon as possible.”

Globe: Resting Kyrie Irving down the stretch the healthy choice

Let’s look at this realistically.

The Celtics have 15 games left. Yes, there are two more games against the Raptors so there is time and opportunity to catch and pass them. I’m not going to dismiss the importance of home court throughout the playoffs from a competitive perspective. If the Celtics and Raptors were to meet in the Conference Finals, it’d be great to have four home games.

The Celtics won’t even get there if they’re not healthy.

Realistically, the Celtics are pretty locked into the second seed. Kyrie’s knee is bugging him. Jaylen Brown is in the concussion protocol, and Al Horford has looked a step slow since the All Star break. On top of that, Marcus Smart wrenched his thumb and Daniel Theis hurt his knee in last night’s game.

Recall Guerschon Yabusele. Give minutes to Kadeem Allen and Jabari Bird for whatever two-way time they’ve got left.

Whatever guy is dinged up gets the night off. Obviously, healthy guys should play, but this is the stretch to get guys healthy so they can be back over the final seven games or so to get into a groove for the playoffs.

But this is a great chance for Jayson Tatum (if he isn’t resting too) to be given the keys for a few games and told “you’re our number one option out there, go play like it.”

The Pacers are now the third seed, seven full games behind Boston. They’re not catching the Celtics at this point unless something goes completely wrong here and amazingly right there.  Taking a few games to get the guys healthy and ready for the playoffs makes perfect sense.

NBCS Boston: Irving’s knee injury might not be a big deal, but it’s a cause for concern  |  Irving’s injury costs Celtics in hard-fought game vs Pacers  |  Theis to have MRI on left knee

Page 2: Isaiah Thomas gets his revenge

“I only played 15 games with the Cavs, so it wasn’t like it was a revenge game,” Thomas said. “I keep saying the world knows what I bring, so I don’t got to play so good just to show them what they gave away. It’s nothing like that. I have really close friends on that team, and those guys are great guys, they just made a business decision, and I’m trying to move on … for the most part.”

Cleveland.com: Isaiah Thomas, Lakers laugh at Cavaliers in 127-113 blowout that knocks Cleveland to fourth in East

The Cavs, after proclaiming “we’ve got a fucking squad now” after beating the Celtics are now 4-6 since the break and the current fourth seed. They are a half game out of fifth, and three games out of eigth.

While I’m not expecting them to slip all the way down to eight, slipping out of the top four is definitely possible.

We should keep in mind that Kevin Love is still out and getting him back will change things a lot. But that doesn’t remove the satisfaction of Isaiah Thomas showing out against the Cavs and highlighting the organization’s complete dysfunction.

So… I think I’m finally willing to give up Rozier and a second round pick to get this guy. I think he’ll be OK in this league.

Globe: Celtics were short staffed but they still had a chance  |  Jaylen Brown had best day since fall