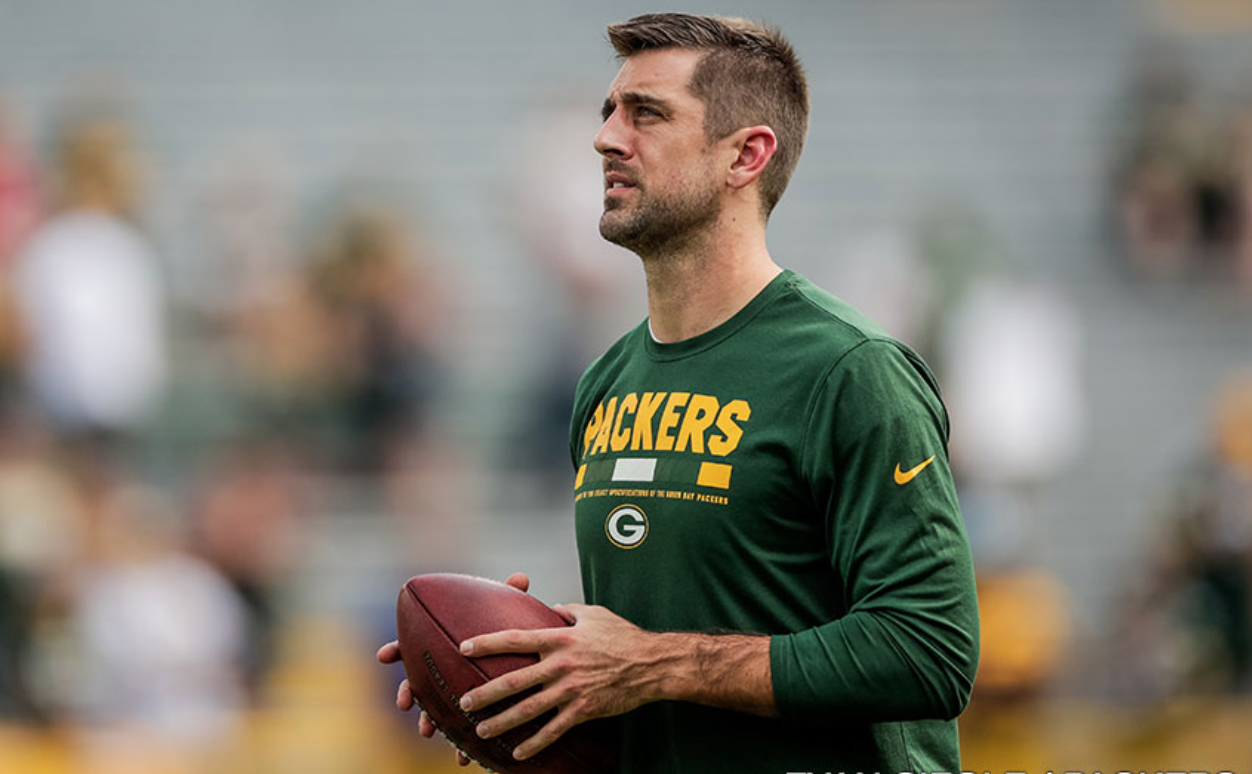 It’s been a rough offseason for Aaron Rodgers, as he lost his quarterback coach, and on Tuesday, his go-to receiver was released as well.

Jordy Nelson — who has played with Rodgers since 2008 — was cut by the team, in a move that may have been done to free up cap space for the Packers quarterback, ironically. Rodgers and the team have been working on a new deal, and it won’t be surprising to see him receive $30 million per season.

As it relates to Rodgers, he doesn’t appear to be very happy about Nelson’s release, judging by his cryptic social media activity. Check this out:

Do you think Aaron Rodgers is trying to send a message? pic.twitter.com/j8WkGm5eGt

To recap, Rodgers was showing some love for former teammate Casey Hayward a few days ago. The Packers let Hayward go in the past, and he ended up having a Pro Bowl season with the Chargers in 2017. Teammate David Bakhtiari then replied to Rodgers’ tweet after Nelson’s release, which Rodgers retweeted.

Long story short: Nelson’s release isn’t going over well with some of the players on the offensive side of the ball.