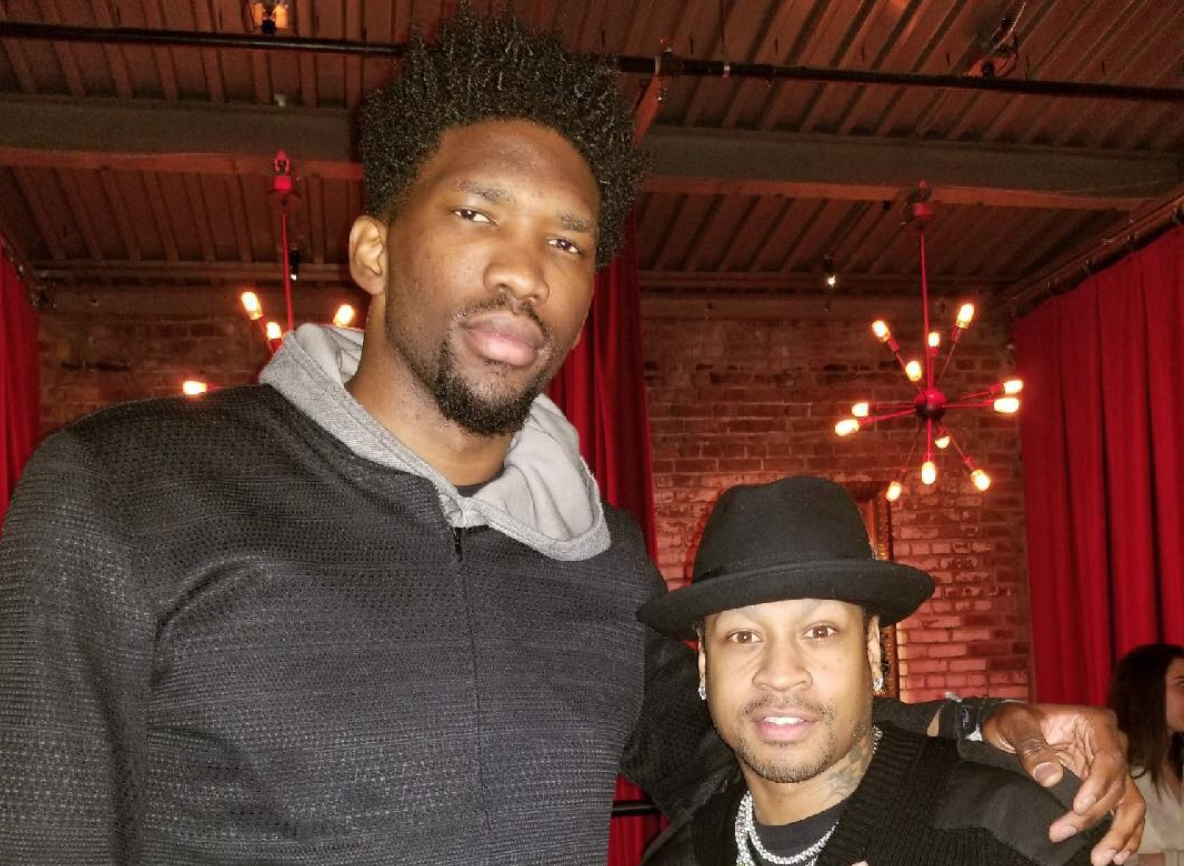 One of the best players in 76ers franchise history recently spent some time with the current team’s two biggest stars.

Former Sixers point guard Allen Iverson went out for dinner — and, by the looks of things, drinks as well — with Joel Embiid and Ben Simmons.

Here are some photos of the three of them hanging out.

Iverson lives in Charlotte, and the Sixers are currently at home, as they’re preparing for Tuesday’s matchup against the Pacers. It appears as if AI made a trip up north to hang with the two stars.