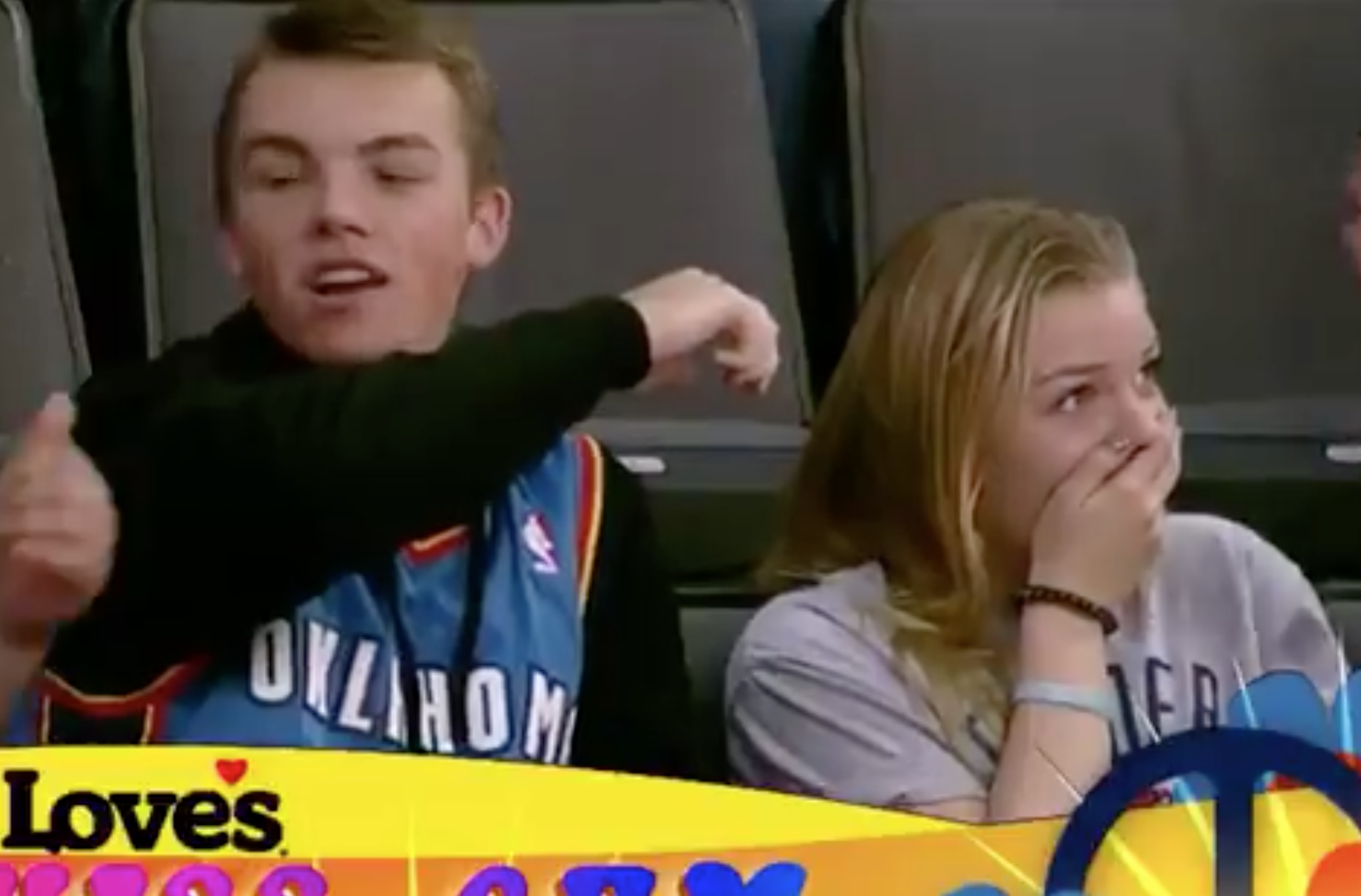 The kiss cam never fails to disappoint during games, but sometimes the operator comes up a bit short on execution.

Those who are shown aren’t always willing to participate, which makes for a dull moment. Monday’s Kings-Thunder game at Chesapeake Energy Arena was quite the opposite, but the guy and girl that were shown made for an extremely awkward exchange.

The two that were shown on camera were brother and sister, and you’ll want to watch how it all went down.

Thunder announcer tells brother to give his sister a kiss on the cheek during Kiss Cam segment pic.twitter.com/kldKej2gC2