Don't Forget That the Yankees' Bullpen Should Be Filthy in 2018 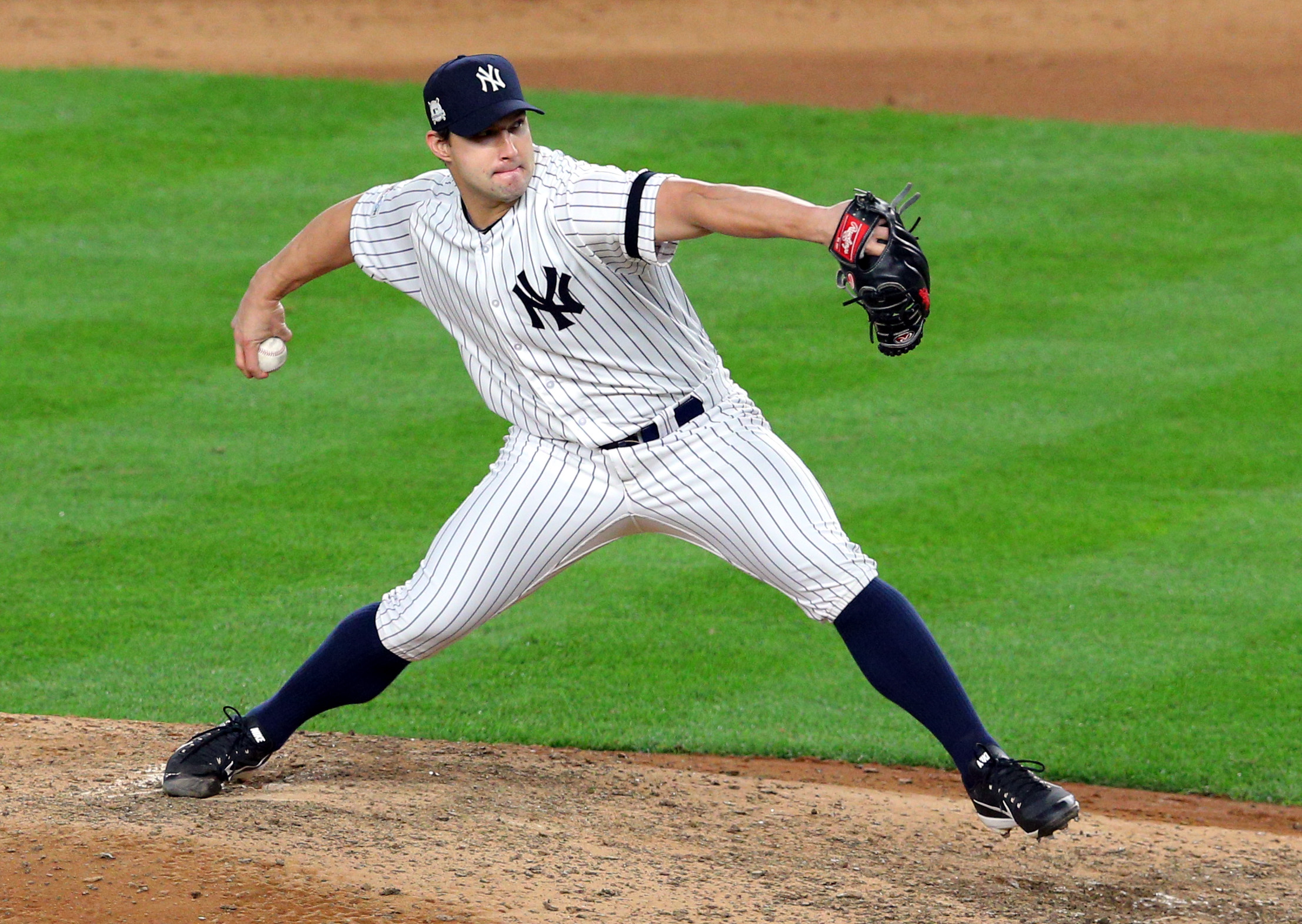 Don't Forget That the Yankees' Bullpen Should Be Filthy in 2018

When looking at how 2017 went from a “rebuilding year” to being one win away from their first World Series appearance in eight years, the New York Yankees did just about everything well.

Off the strength of Gary Sanchez, Didi Gregorius, Brett Gardner, and an MVP-caliber performance from Aaron Judge, New York’s team wRC+ of 108 was second to only the Houston Astros. Their .185 ISO was among the top-10 marks in baseball, but they did lead the league with 241 homers.

If we shift over to the pitcher’s mound, their 15.2 fWAR was also one of the top-10 numbers in the league, and breakout star Luis Severino helped lead this staff to a 3.98 ERA and a nearly identical 3.97 SIERA.

While virtually all of the attention is once again on the offense after acquiring Giancarlo Stanton, it’s easy to forget about what’s possibly the strongest area of New York’s entire roster — the bullpen. As a refresher, here’s a glimpse at last season’s dominant performance.

And let’s not forget that they arrived at these impressive numbers with a few caveats.

David Robertson and Tommy Kahnle weren’t even donning pinstripes until they were acquired via trade from the Chicago White Sox last July. This also includes the worst overall season of Dellin Betances‘ career, as well as a down year from Aroldis Chapman, who saw his season-long numbers take a dive because of a very rough August.

Betances has plenty to prove since he couldn’t recover from his control issues before the season finished, but Chapman bounced back in September and October. Some of these numbers are already bound to improve if they’re both back on track. If we also add in the fact that Robertson and Kahnle will be around a full season, though, who knows how good manager Aaron Boone‘s relief corps could actually be. They already led the league with 9.2 fWAR last season, with the Cleveland Indians’ 8.6 mark being the closest group to them. The sky is the limit for these guys.

We’ve seen how important bullpenning has become during October in recent years. The San Francisco Giants have been the decade’s most decorated MLB team because of it, the Kansas City Royals were able to end a 30-year championship drought, the Indians wouldn’t have reached the World Series in 2016, and the 2017 postseason as a whole shined a telling light on how crucial it is to have a shutdown bullpen.

FanGraphs projects the Yankees’ bullpen to accrue 7.2 fWAR this season, which is easily the highest projection in baseball, as the defending champion Astros are second at 5.6 fWAR. That’s a massive difference.

After not having it for a while, it certainly feels like New York is back in that “World Series or bust” kind of attitude based off how they’ve operated since the end of last season. With eyes on making another deep run into October, this already dominant group of relievers will be a huge reason behind whether or not the Yankees reach that goal.