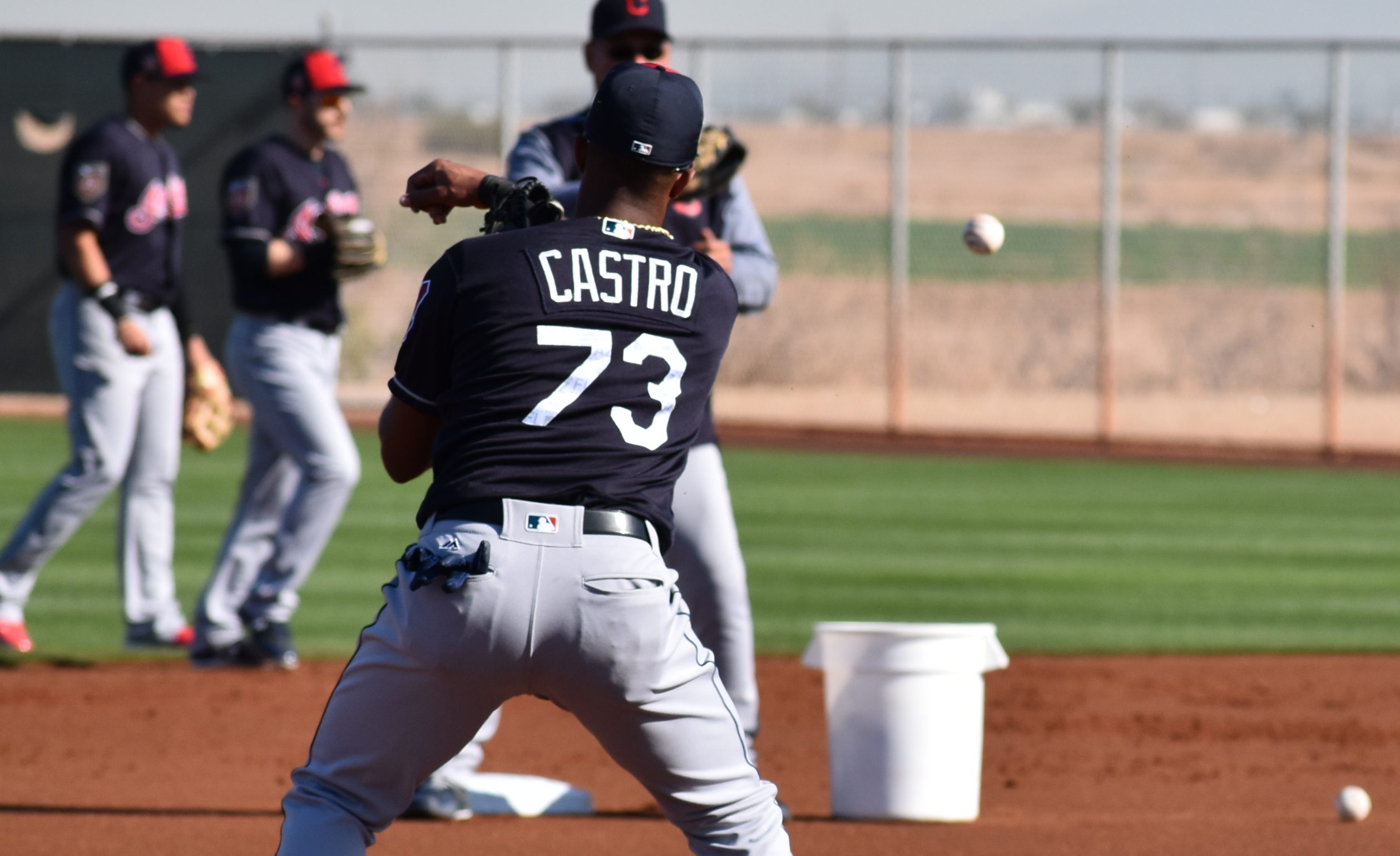 The Indians had a solid roster heading into Spring Training, but after a couple weeks of games, things have become even clearer. Most of this is due to more information coming out about injured players and the finalization of the starting rotation. A few more players have been added since the last update in early February as well and a few have been removed as the Indians begin to separate out the minors from the majors. Those players will be listed in green while those removed from contention will be included at the bottom of the page.

While not necessarily official, Gomes will likely start four to five games a week with Perez taking the rest of the playing time as has been the case over the last few years when both were healthy.

While spring stats are generally meaningless, Kipnis’ prodigious output so far at least shows that he is currently healthy. In addition, he has played exclusively at second, so even if Brantley starts the year on the DL, he will almost certainly stay there.

As the certainty of Kipnis starting at second continues to grow, we can be more and more certain that Ramirez will start at third.

The jury is still out on Brantley, but seeing as he still can’t run and there are only a few weeks of games left in spring training, he has to be considered on the outside for the moment. Predicting Naquin here as the starting left fielder is extremely hurtful, especially after seeing him continue to flounder defensively this spring, but it’s something I could definitely see the Indians doing. He has an option left, so he could start the season in AAA, but Francona’s preference of veterans over rookies could give him this spot over the much more worthy Allen.

At the moment, Zimmer appears a lock for starting center field, but I’ve seen stranger things happen than the Indians keeping their best athlete off the field.

Chisenhall is healthy and has been playing regularly and should still be the left side of the right field platoon.

Mejia and Haase will likely start the season in AAA ready for promotion at a moment’s notice and the others will likely become free agents.

This is one of the few real battles left this spring along with the fourth outfield spot and the final man in the bullpen. The real contention here is between Gonzalez and Urshela as both are out of minor league options and hold significant value to the team. It is possible both make the team if they use a seven man pen, but at the moment I expect Gonzalez to take the sole spot

Upton hasn’t had a good season since 2012 and has been terrible so far this spring, but it wouldn’t surprise me at all if he made the team as a counterpart to Chisenhall until Guyer recovers. Allen should break camp with the team in this role if not the starting left field job, but if they want to keep him in AAA then it would most likely go to Naquin, Upton or Davis.

While there initially appeared to be a battle for the final two spots in the rotation, injuries to Salazar, Anderson and Merryweather have cleared the situation up to the point that Terry Francona has already announced his starting rotation. The odd man out will be Merritt, who will likely fit in with the bullpen to avoid being exposed to waivers. There, he could be used as a long man or the first man into the rotation in case of further injury.

At the moment Otero appears to be the heir apparent for Bryan Shaw.

The Indians brought in a few other options for a second lefty in the pen this year in Orlan and Zarate, but both have since been relegated to minor league camp. Olson did everything right last year and deserves the spot, but Merritt needs to be on the roster or will be exposed to waivers. At the moment, it appears both will make the team by increasing the pen to eight men.

The Indians have the option to send Goody to AAA if they believe they need the roster space for a player without options, but he was so dependable last year it would be hard to see them doing so.

RP6 Zach McAllister (23)
Options: All the relievers listed above.

McAllister will be on the team, however, his usage in the bullpen is yet to be determined.

Long Relief Matt Belisle (24)
Options: Ben Taylor, Stephen Fife, Alexi Ogando and any other pitcher listed above for the sake of brevity.

This is one of the most open spots on the team as it could go to a reliever currently not on the 40 man roster like Belisle or Ogando, or it could go to an outfielder, infielder or even Mejia if they feel like getting really weird. We probably won’t know for sure until the final week of spring.

Last Man In Ryan Merritt (25)
Options: Anyone listed above or below who doesn’t otherwise make the team.

With the starting rotation announced and Merritt not involved, there is an ever increasing chance that the Indians will have an eight man bullpen instead of another outfielder. That chance is increased further if they don’t begin the season with Brantley.