Your Morning Dump... Where it's the Gashlycrumb Celtics 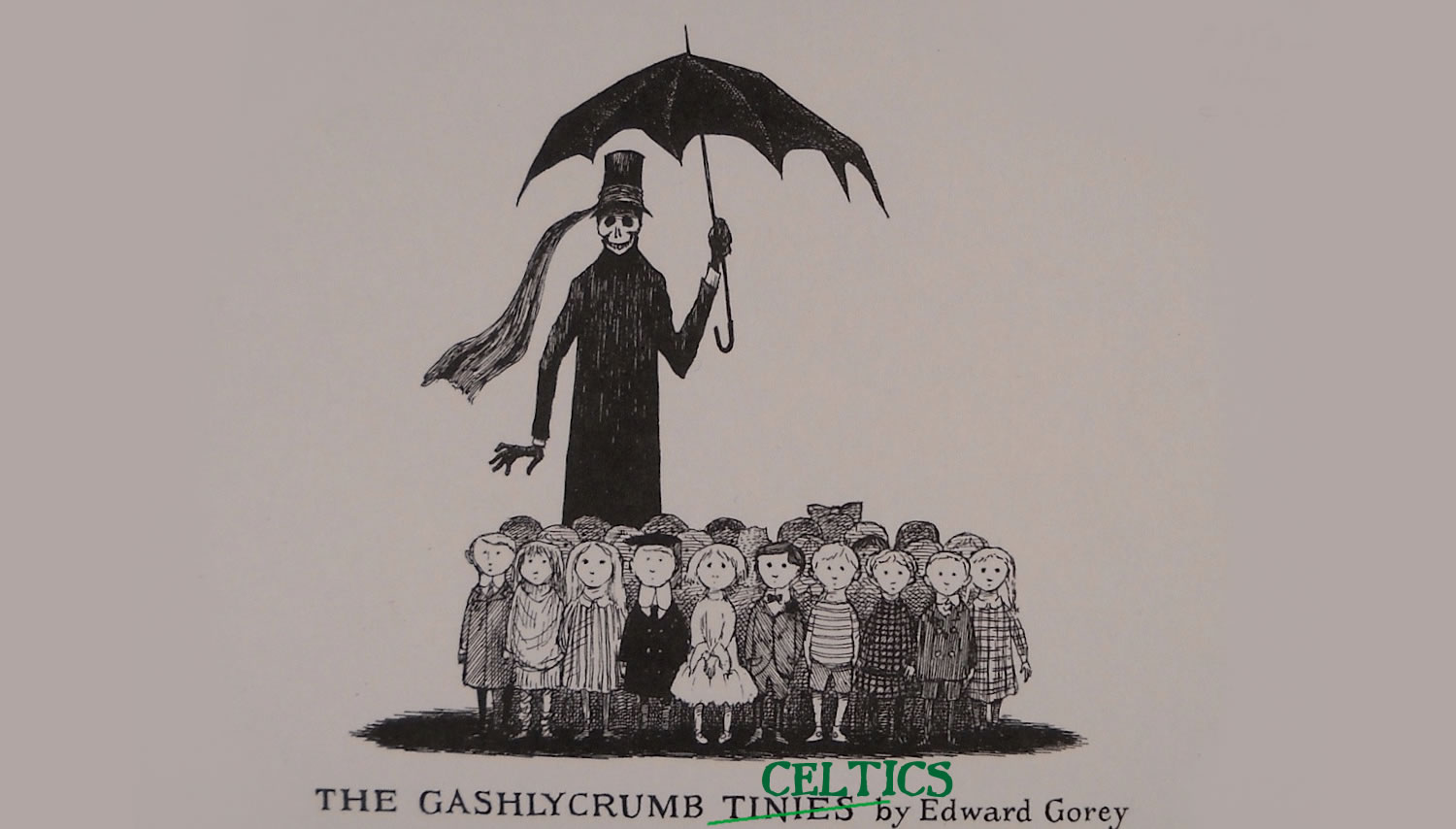 Your Morning Dump... Where it's the Gashlycrumb Celtics

The past five days have not been kind.

First, it was Jaylen Brown landing on his neck and back of his head during a scary fall in Minnesota that put him in the NBA’s concussion protocol. Then Al Horford woke up ill Sunday morning and was ruled out of Sunday’s game against the Indiana Pacers. Then Kyrie Irving failed to come out from halftime after his bothersome left knee acted up, and Marcus Smart sustained a potentially serious thumb injury diving to the floor for a loose ball in the third quarter.

On Monday, things got worse still as the knee injury Daniel Theis suffered late in the 99-97 loss was determined to be a torn meniscus that Stevens said will likely sideline him for the rest of the season.

Originally, I was going to run with the old standby, the injured soldiers from Gone with the Wind:

However, the run of injuries, etc., has reached such ridiculous levels that there’s only one reference that combines the macabre and funny in a way that does justice to both the team and the high standards of Red’s Army

Page 2: Where there isn’t a page two because all of the news is about injuries!

NBC Sports Brad Stevens not letting the list of injuries get him down | Rest or top seed? Celts should choose rest | Can Smart play through injury? | Daniel Theis ‘most likely’ out for season | Without Theis, It’s Monroe’s time to shine