Could Westchester Knicks' Guard Zak Irvin Be Next Michigan Man To Reach NBA? 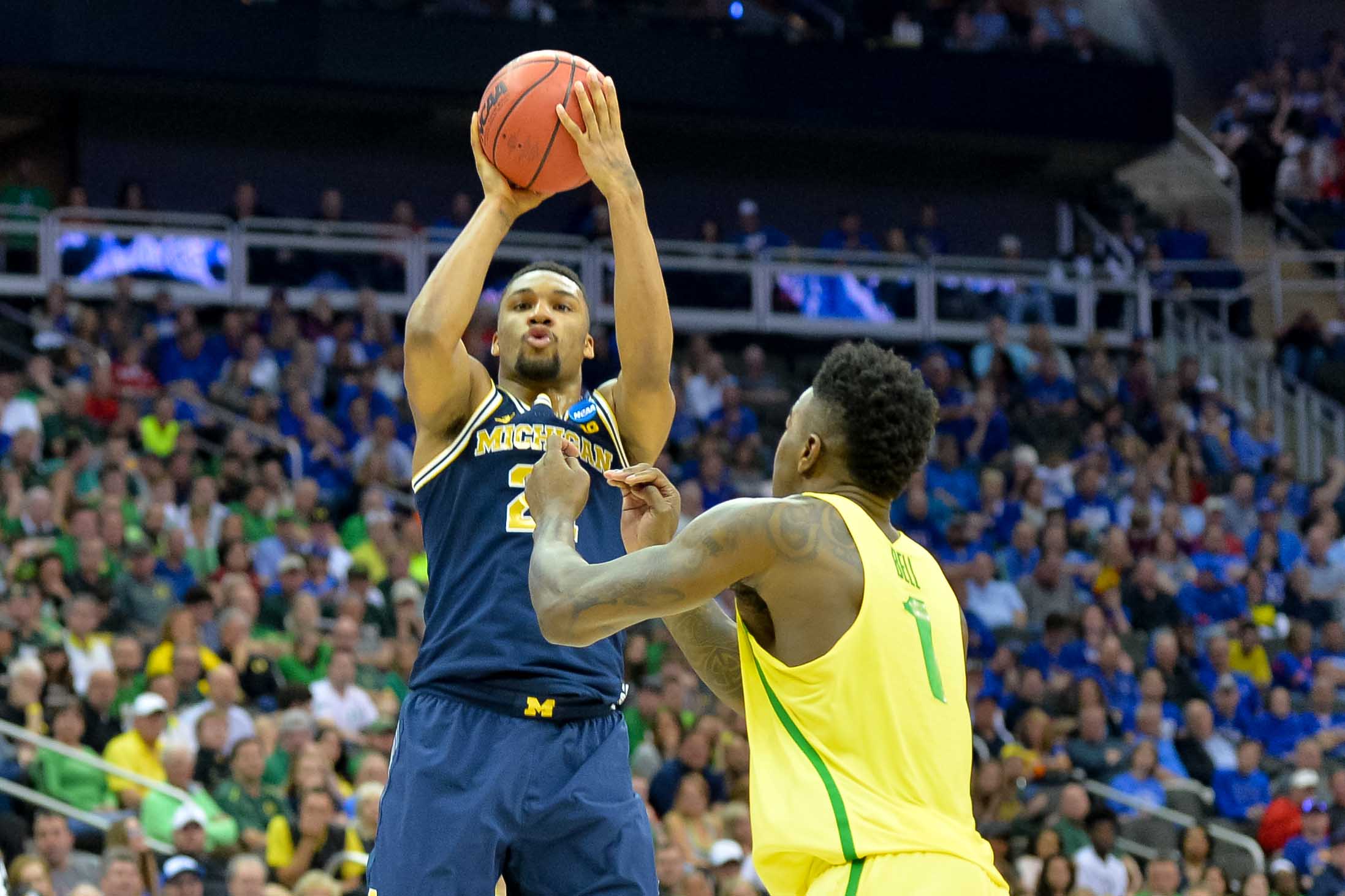 Could Westchester Knicks' Guard Zak Irvin Be Next Michigan Man To Reach NBA?

The Michigan basketball program is known for churning out players into the professional ranks. Just in New York alone, there are five Michigan alumni. Four of those players are either with the New York Knicks or Brooklyn Nets. The fifth player, Zak Irvin, is under the New York Knicks’ organization umbrella with the Westchester Knicks and has the determination to become the next Michigan Wolverine to make an NBA roster.

In his four years at Michigan, the program experienced prosperity. The program won a Big Ten Tournament Championship in 2017 and made the Elite Eight during the 2013-14 season. Irvin had one of his best seasons during his sophomore campaign and made significant strides. Irvin attributed his leap in production to focusing on his body, so he could remain sharp for the rigorous grind of the Big Ten.

“I came in a little underweight, so that was the big thing I tried to concentrate going into my sophomore year,” Irvin told KnicksJournal.com. “I just wanted to be more of a complete player. I was just known as a shooter my freshmen year. I wanted to do more than that and I showed it.”

As a sophomore, the former Wolverine averaged 14.3 points, 4.8 rebounds and 1.0 steal per game. Irvin was named team co-MVP that season. One of his toughest challenges going into his junior season was a back injury that forced him to miss the first two games of the season. The injury was one of those bumps that helped prepare him for the professional level.

“That was probably the hardest obstacle I ever had to overcome,” “Irvin stated. “It just got me better mentally and helped me [focus on watching more film.] And that’s a big thing. I’m big in film study so I can learn from my game and it can just help me in years going forward.”

In his junior season, the Michigan product drained a game-winning jumper against Northwestern in the first game of the Big Ten Tournament. Even with the success Michigan experienced, Irvin’s most memorable moment was winning four games in four days following a plane crash.

“For us to go and win the Big 10 Tournament championship, that will be something I’ll always remember,” he said.

Following a four year career at Michigan, Irvin set foot on his career in the professional ranks. He was set to join VL Pesaro in Italy. Irvin didn’t log a minute in Lega Basket Serie A. Playing overseas was difficult. He returned to the states to tend to personal issues. Since, he’s found himself in a great situation with Westchester.

Irvin joined Westchester late in the season, as the Knicks continued their push to the playoffs. He made a case for himself to earn quality playing time as soon as he arrived at the Westchester County Center. In his G League debut, he played 27 minutes off the bench and recorded 10 points and 10 rebounds. Out of the 76 players that have suited up for Westchester, Irvin is just one of five players to record a double-double in his debut.

Irvin’s versatility to play the four has given Westchester an opportunity to run small ball line-ups, which featured Nigel Hayes at the five. That combo has allowed the Knicks to add keep a solid defensive player in Irvin and a three-point threat in Nigel Hayes, who can also beat the opposition in other facets.

“I’m just trying to get better each day,” the Westchester guard said. “I’m just trying to be a sponge. I want to absorb as much as I can [and] learn from the guys ahead of me. I think [the Knicks are] putting me in a great opportunity. I’m a very versatile player. I can play multiple positions and I think that will help me in the long run,” Irvin continued.

As he continues to march towards his lifelong goal, Irvin knows he can make it to the next level. At the same token, he knows what he needs to work on in the G League in order to reach The Association.

“I think I can be a good 3&D guy,” Irvin said. “I think I’m a solid defensive player. I can always get better in that area and really just work on my three-point shot. If I’m able to knock down open threes, I think that will help my game tremendously.”

Over the past four seasons, the Westchester Knicks have given ample opportunities to players so that they can grow and improve their game. It has given players a chance earn a call-up to the NBA, opportunities in Summer League and overseas. If Irvin continues to produce in Westchester, he will be the next Dub Knick to reap the benefits as he moves forward in his professional career.