Rube Waddell was one of the most dominating pitchers in the game — when you could find him.

When he was ready to pitch, he had a blazing fastball and vicious curveball that left batters helpless. He led the American League in strikeouts six straight years and won 193 games in a 13-year career.

His on-field accomplishments have been overshadowed by everything he did off the field. He drank, he was married three times, he skipped starts to go fishing or hunting, he acted, he was a volunteer firefighter, he starred in a circus freak show and he was occasionally arrested. Maybe all of that is true, and maybe none of it is.

If every single article written about Waddell in his prime is accurate, then it’s hard to figure out when he had time to play baseball.

By then, Waddell had also earned his reputation as one of the game’s great eccentrics. He would apparently sign any contract handed to him if he could get cash in hand and had jumped several contracts. His gameday disappearances were already well documented. He was known for doing back somersaults off the mound and playing to the fans at every opportunity. In fact, The Buffalo Enquirer announced his arrival to the Athletics with the lovely headline of “Rube Waddell, Human Freak, Quits Quakers.”

By 1905, Waddell had become so erratic that A’s manager Connie Mack assigned him a caretaker, known as Mr. Newhouse. Newhouse’s job was to keep Waddell out of trouble, pay for his expenses and, as the 1905 News-Journal reports, “watch over him as a mother would over an erring child.” Waddell couldn’t even go fishing on his own without Newhouse following behind in a patrol boat.

“Rube has no money, no solitude and a surfeit of Newhouse. He is keeping straight and pitching great ball,” the report concluded. Sure enough, Waddell had possibly his best year ever in 1905. He went 27-10 and won the pitcher’s Triple Crown with a league-leading 1.48 ERA and 287 strikeouts. Had there been a Cy Young Award (there wasn’t, chiefly because Young was still pitching at the time), Waddell probably would have won it – though he may have had to share it with Newhouse.

It didn’t last. Though the Athletics won the AL pennant in 1905, Waddell didn’t pitch in the World Series against the New York Giants because of what Mack later referred to as the “straw hat incident.” Waddell and another teammate were jostling for possession of said hat, when Waddell fell and injured his shoulder. The drinking and unreliability steadily worsened, and Mack ended up selling Waddell to the St. Louis Browns in 1908. He lasted with the Browns until 1910, when he was traded mid-season to a minor-league team in Newark.

Waddell’s 2.16 career is 11th best all time, and his 2,316 strikeouts puts him in the Top 50. His Fielding Independent Pitching (FIP), which rates a pitcher’s ability to avoid home runs, walks and hit batsmen while causing strikeouts, is 2.033, second only to Big Ed Walsh.

He found work in Minnesota after Major League Baseball was done with him, and he won 20 games for the Minneapolis Millers in 1911. That winter, while living in Hickman, Kentucky, he helped fill sandbags during a flood, but staying in the icy waters for an extended time wrecked his health. He eventually recovered enough to pitch again, but his time was running short.

The then-future Hall of Famer’s last game took place on June 26, 1913 in Duluth. The man who was the toast of baseball finished his career pitching for a team from Virginia, Minn. in the Northern League. He struck out 12 men in a 3-1 loss. In the ninth inning, facing what would be his last batter, he threw strike one and turned his back to the catcher just as the catcher threw the ball back to him. Without peeking, he caught the ball behind his back and proceeded to fire strikes two and three in short order.

As Waddell’s health declined, he moved to Texas for his health. He died in San Antonio on April 1, 1914, from tuberculosis at the age of 37. He’s buried in Mission Burial Park South. Waddell was elected to the Baseball Hall of Fame by the Old Timers Committee in 1946. 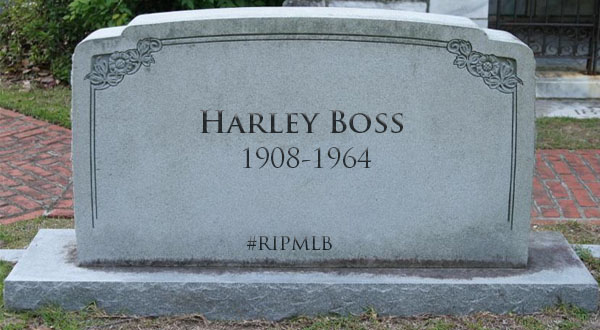 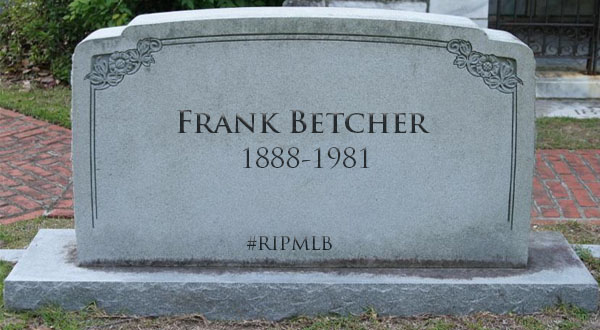 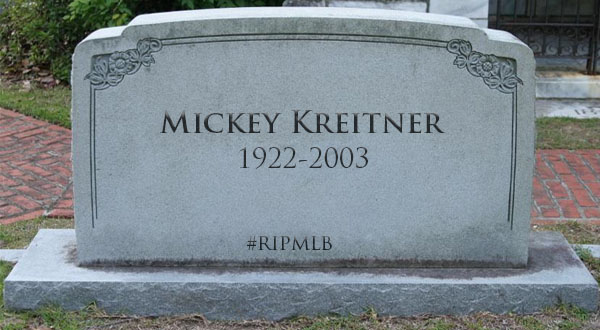