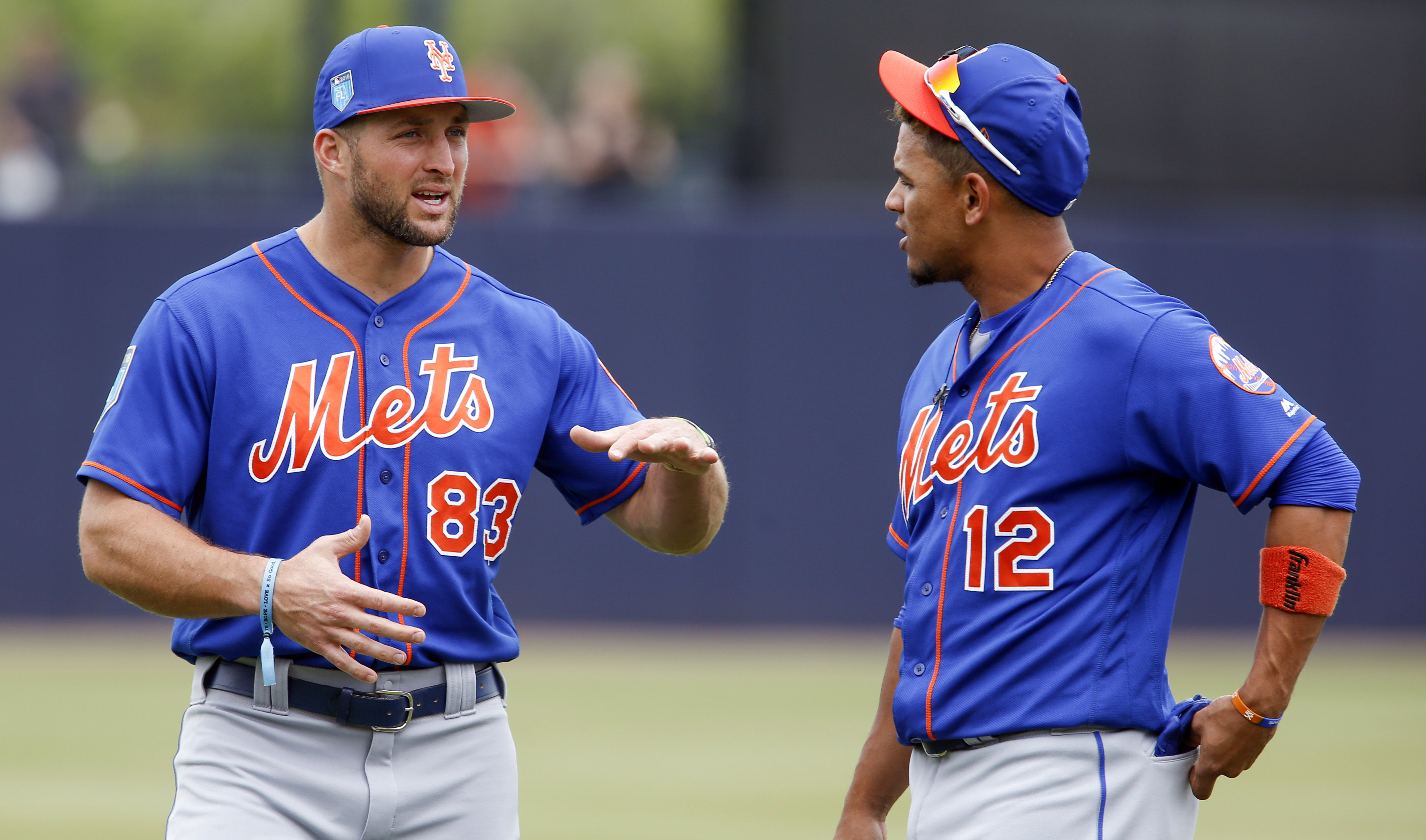 Juan Lagares’ Mets career looked solid. Between his defensive ability in center field, and Michael Conforto being out until May with his shoulder injury, there seemed to be a real need to have Lagares as the starting center fielder to start, and at the very worst a fourth outfielder and starter against lefties when Conforto came back.

Then a funny thing happened. Brandon Nimmo decided to become Tony Gwynn this spring and Lagares’ retooled swing is only good for a .167 average this spring. Now, Lagares could turn into a trade chip instead of the next J.D. Martinez:

According to industry sources, the Mets have received recent phone calls about the former Gold Glove winner and haven’t ruled out the idea of trading him. The trade buzz comes as Brandon Nimmo has emerged in camp as the potential fourth outfielder once Michael Conforto returns. (…)

A source indicated at least one American League club has maintained interest in Lagares, who is making $6.5 million this season. He is scheduled to receive $9 million in 2019, the final year of his contract.

The caveat in trading Lagares, who turns 29 this week, is such a move could leave the Mets thin on outfield depth. As it stands, Matt den Dekker and perhaps Phillip Evans are behind Nimmo on the depth chart.

Maybe the Rangers make some sense, as they could not only move Delino Deshields to left field, but they could also reunite Lagares with Bartolo Colon and Jon Niese. Perhaps the Royals could be that team if they don’t think Jorge Soler is ready. Even Oakland could get in on the action if Dustin Fowler doesn’t get over his injury that he suffered with the Yankees last season. Of course, the Mets would have to take a salary or two back. Perhaps Santiago Casilla and Jed Lowrie do the trick (not that Casilla is all that great, but he’s better than Hansel Robles. And it would give the Mets two expiring contracts for the price of one player with two seasons left, and you know how much they love to collect infielders like they’re Pokémons.)

Or perhaps they could trade Lagares for Joe Panik so that Mike Francesa can be right and we could all puke just a little bit in our mouths.