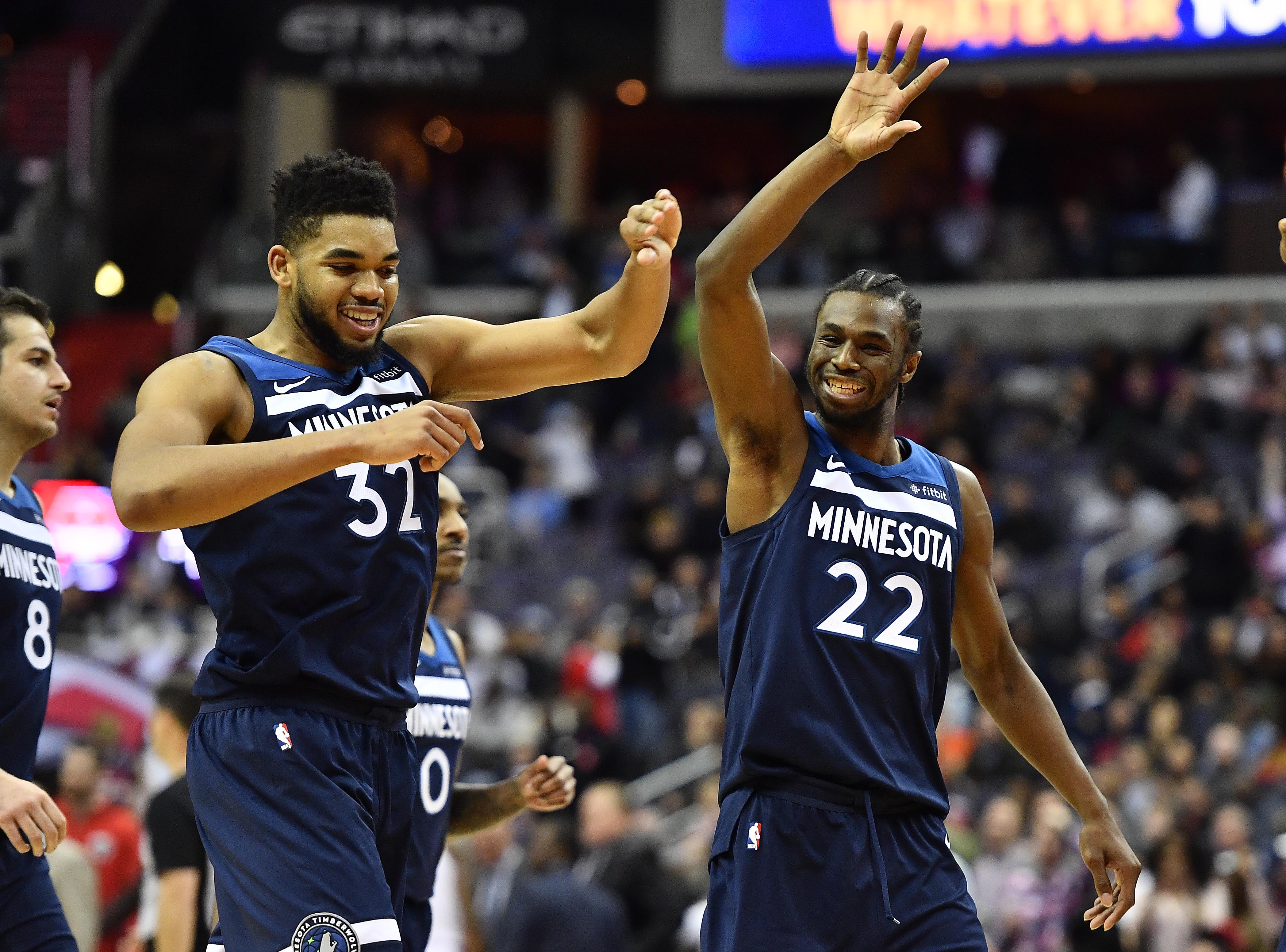 Another nice win for the Wolves. Bjeli/Towns were massive down the stretch

Takeaways:
1) Huge comeback win
2) KAT carried the team first 3 quarter
3) The rest of the team showed up in the 4th
4) KAT big down stretch again
5) Wig 16 pts but only 1 reb & assist
6) Tyus and Jamal good off bench

This is one of the best defensive possessions I have ever seen from Andrew Wiggins because it doesn't stop.

Six of the Wolves last 10 are against MEM (x2), LAL, ATL, DAL, and NYK. Also face PHI, WAS, LAC, UTA, and DEN (x2) before the season ends. Have to figure the Wolves need to win at least 8 to make the playoffs.

What a gritty #Twolves win!! 2 tough Ws inarow! Towns has been fantastic lately. Bjelly has been a stud. Tyus doing TYUS things. Love the grit in the 4th! #AllEyesNorth @1tyus @karltowns @nemanjabjelica

I wish I stayed home and watched the Wolves game on tv instead of going to the #MNWild game tonight. I’d be in a way better mood right now. #AllEyesNorth

T-Wolves took the dub again!! KAT is so gooooood!!! #AllEyesNorth