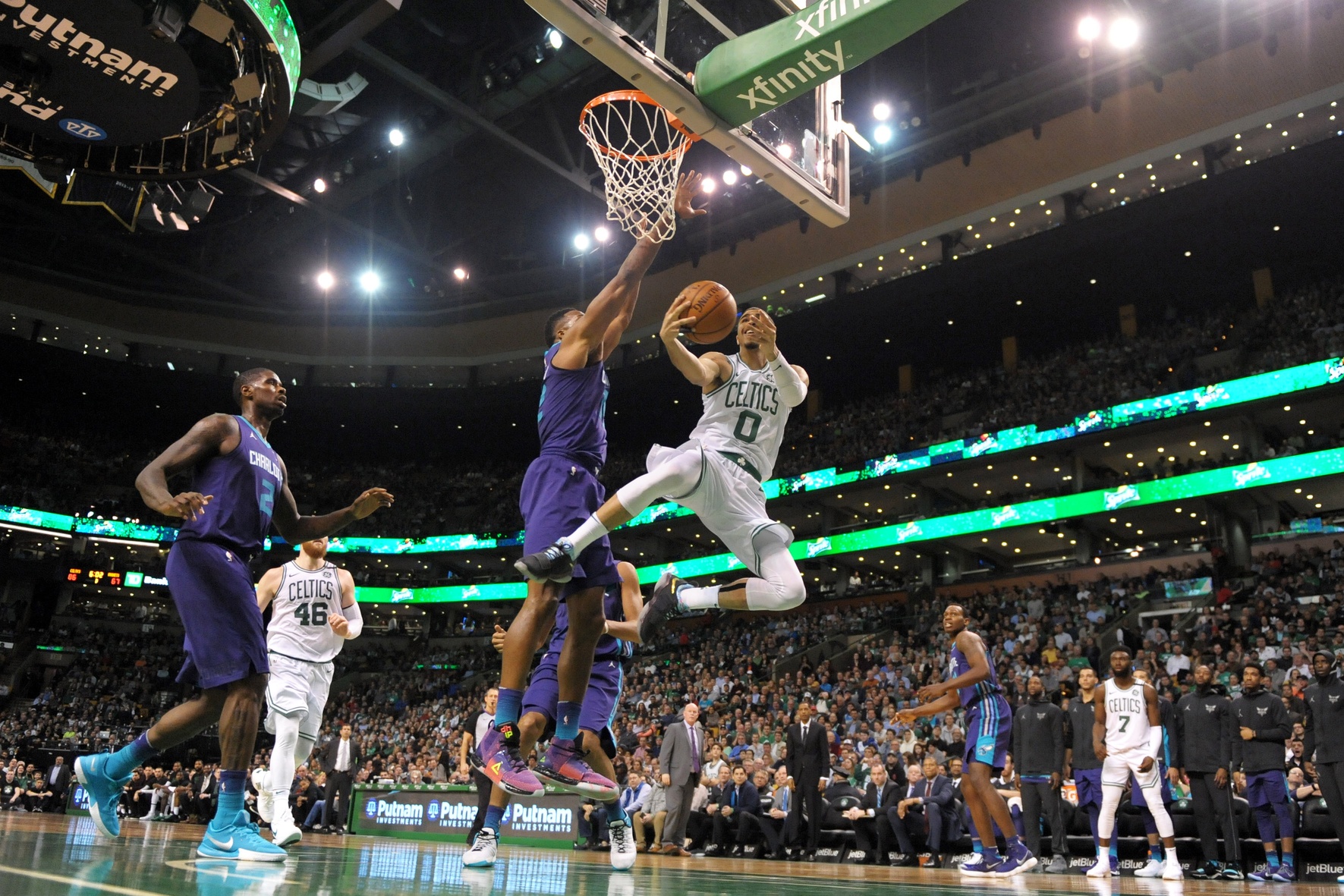 But Tatum has repeatedly shown one weird flaw. He has noticed the unfortunate habit but has no concrete idea why it keeps popping up. It has convinced him he will need to adapt in certain ways moving forward, but he is also confused about why the basketball has just slipped out of his hands so many times this season.

“Bad luck, I guess,” Tatum said after a recent practice. “I’ve noticed it too. I don’t have an explanation for it. It’s just like, ‘Sh–,’ and it comes out of my hand.”

When asked whether anyone on the coaching staff has sat down with him to figure out how to fix the problem, Tatum replied, “I don’t think it’s THAT bad. But it’s just something I’ve noticed.”

Great work by Jay King to dig up multiple instances of Tatum losing the ball on drives to the hoop, including this one (courtesy Kyrie/GordonSZN)

I’ve talked before about how Jayson has bad hands, but I don’t think I’ve ever found great video evidence of it until now. Watch how easily he loses control of the ball once he picks up his dribble. Luckily Mook was there, but it still happens quite often with Tatum unfortunately pic.twitter.com/kN7TFRS8Rd

I’ve been fixated on this “problem” for months ever since Ryan B. questioned whether Tatum was capable of palming a basketball. It seems absurd to think a man who stands 6-8 with 6-11 wingspan couldn’t palm a basketball, but I went looking for video/photographic proof and found nothing.  The NBA lists hand measurements on its Draft Combine page but there’s no info for Tatum because he skipped that event.

Small hands, slippery hands, whatever the case may be, I’m confident Tatum will be just fine.

One final note: Do NOT search ‘slippery hands’ in Urban Dictionary. You’ll regret it, I promise.

On Page 2, still nothing but speculation about Smart’s thumb.

Smart is prepared to play through the injury, though if it is determined he suffered a complete tear instead of a partial one, his season likely is finished, with surgery the primary option. His decision will hinge on whether he can do further damage by playing. The prospect of playing in pain, if the injury is not subject to further damage, is not a problem for Smart.

Recovery from this kind of surgery can take 3-4 months, according to someone familiar with the procedure.

The Celtics thus wait for news of whether their valuable stopper will play again this season. According to a league source, the C’s have no idea about Smart’s probability of return.

This story puts to bed any hope than Smart could have surgery (a la Chris Paul) and still return for the playoffs. Let’s all pray for the partial tear and be thankful that Smart is a tough bastard willing to play through the pain.

Kyrie Irving is out tonight vs Washington. He’s expected to take “an extended rest” due to knee tendinitis.

There’s hope Al Horford could return. He was upgraded to questionable and posted a short video last night on Instagram of himself standing outside in the snow.