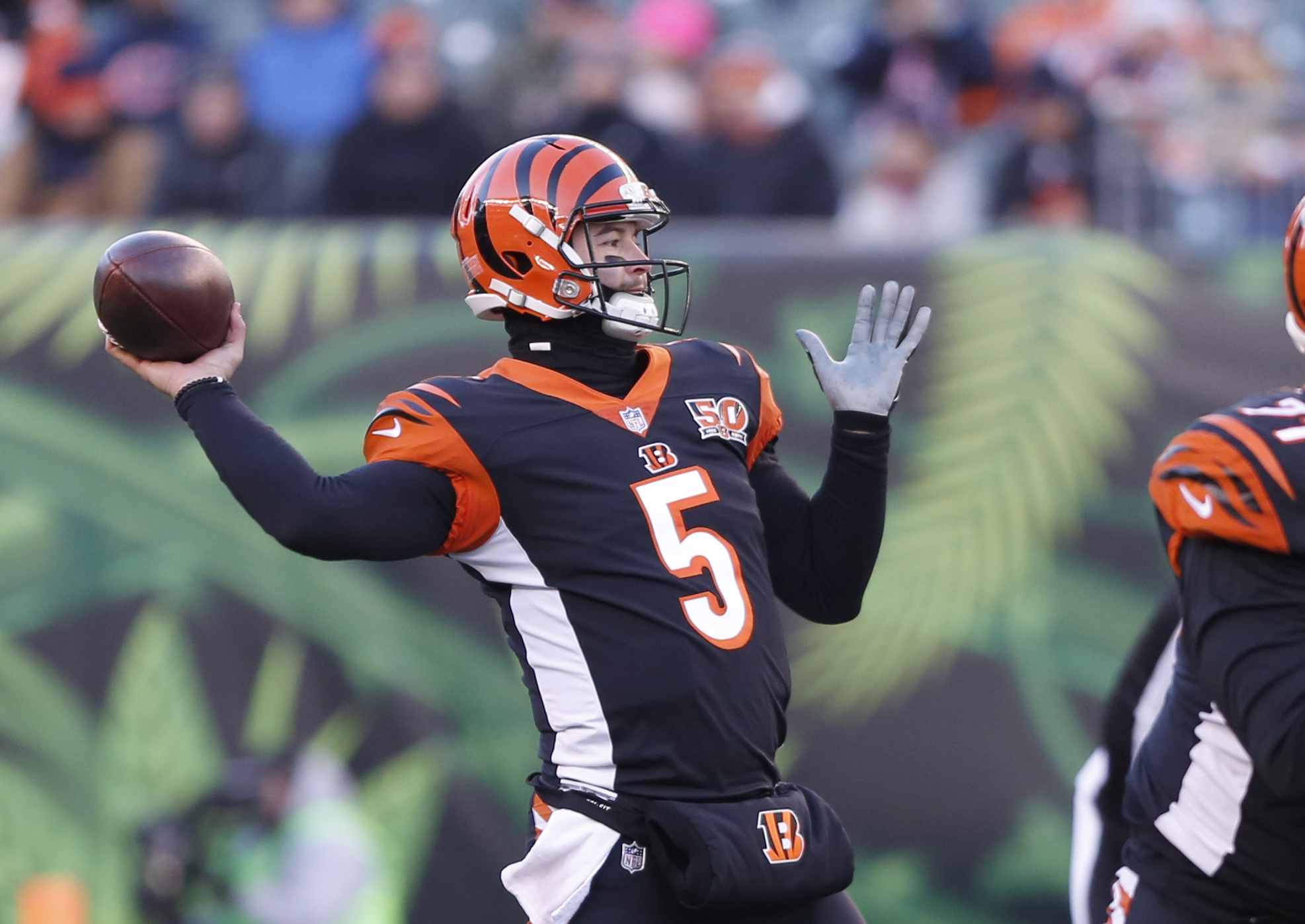 The Bills finally have the “veteran” quarterback they needed prior to the draft – a scant 6.5 hours into free agency! Since McCarron came in from Cincinnati, we are blessed with the best Bengals mind in the Twitterverse – Joe Goodberry of The Athletic!

1) How do you feel about the Bills signing AJ McCarron?

I’m happy for McCarron to get his chance. If this signing coincides with what we expected the Bills to do — draft their franchise quarterback — then McCarron should have the opportunity to prove he can start in the NFL while the young backup develops. I’m sure that’s all he can ask for.

Pros: McCarron is a well-liked player by coaches and teammates. He’s a professional and a competitor. He understands the offense and when the ball is supposed to come out and when he’s supposed to force a throw. He’s willing to push the ball downfield and stand in the pocket as he waits for plays to develop.

Cons: McCarron is average in every attribute from athleticism, arm strength, accuracy and pocket presence. He’s just good enough to get the job done in all of these areas, but I wouldn’t consider any of these areas to be a strength to McCarron’s game.

3) Do you think he can be a effective NFL starter for 16 games or is he just a bridge guy for like a month and the Bills better start a rookie ASAP?

He’s more than a short term backup/spot-starter, McCarron should be able to carry a full schedule and start for as long as needed.

4) What ideal system would you think he’d be good in?

A short passing game that set up play-action deep shots would fit McCarron well. That’s what he had with Hue Jackson as his coordinator in 2015 and found success as a rythym passer that kept the offense on time.

5) How does he handle pressure in his face?

He doesn’t cower and hide when pressure gets to him, but he doesn’t always move within the pocket and throw from a good platform while moving away from pass rushers. This leads to inaccurate throws.

6) What would be the position players (WR/TE/RBs) that you see McCarron using a lot in the passing game? Also, the Bills have Kelvin Benjamin and Zay Jones … how do you think he’d be a good fit with McCarron?

With the Bengals, McCarron was surrounded with premium talent and he used them all from AJ Green, Tyler Eifert, Marvin Jones, Mohamed Sanu and Gio Bernard. McCarron didn’t lean on any of them more than how the offense was normally structured.

7) Any stats, leadership skills, or commentary you want to mention that Bills fans would be interested in hearing about in regards to him?

McCarron seems like a cool guy that will do the right things and rally guys around him, but his limited skillset and lack of extensive starting tape probably scared teams off, but he’s a solid addition with the chance at being something more.

8) I noticed he was sacked a lot when he played in 2015. Was this more on pass protection or him holding onto the ball too long? Also, could you just briefly explain how he did in this 5 starts in 2015 and how the offense changed under him vs Dalton?

From what I remember of 2015, the offense didn’t change that much from Dalton to McCarron. Of course, at first, they were conservative, but as everyone got comfortable, the playbook looked normal again.

McCarron did hold the ball longer than Dalton traditionally does and it was an adjustment period for the offensive line. It was also the start of that line beginning to crack and fall into what it is today for the Bengals. 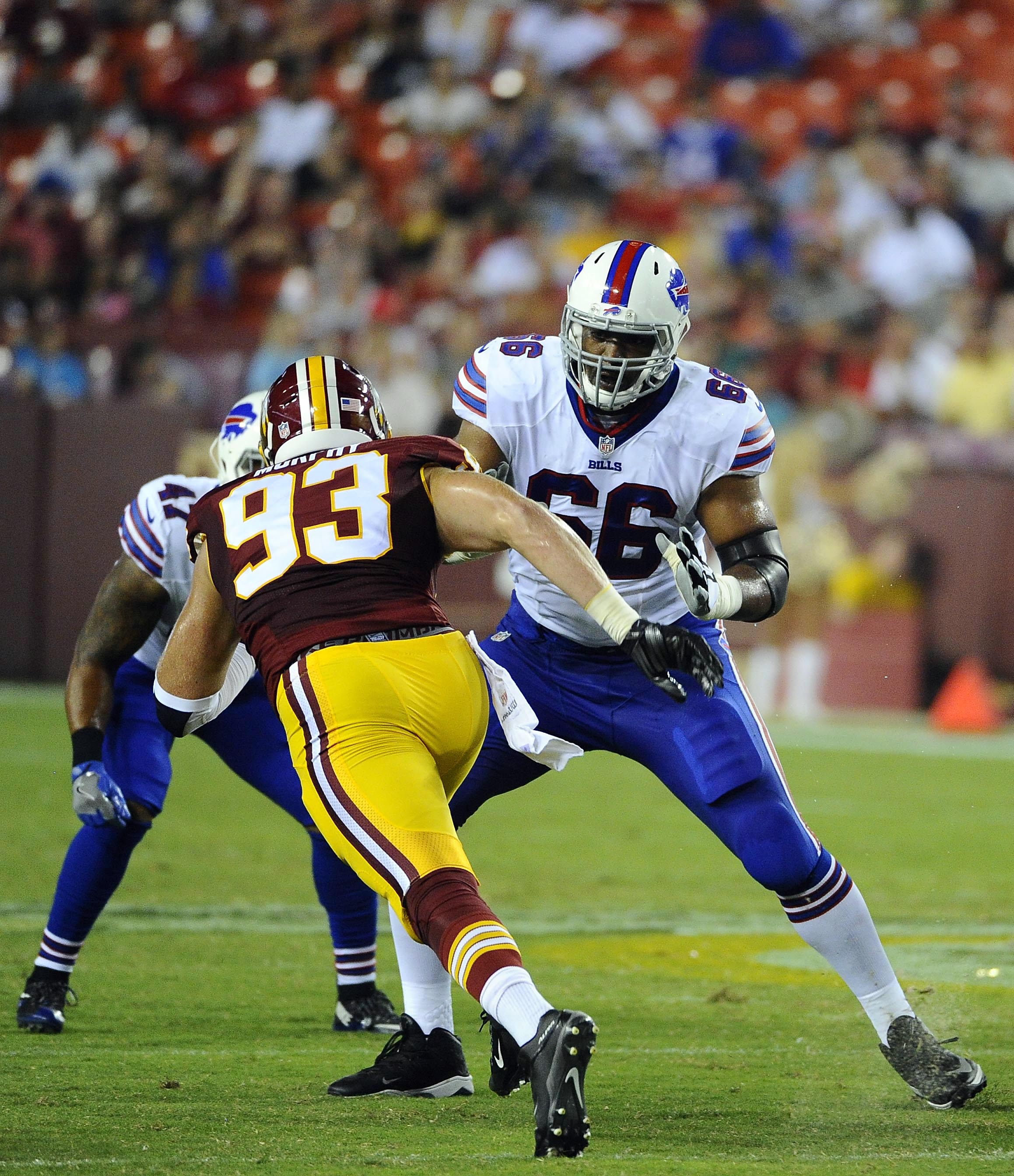