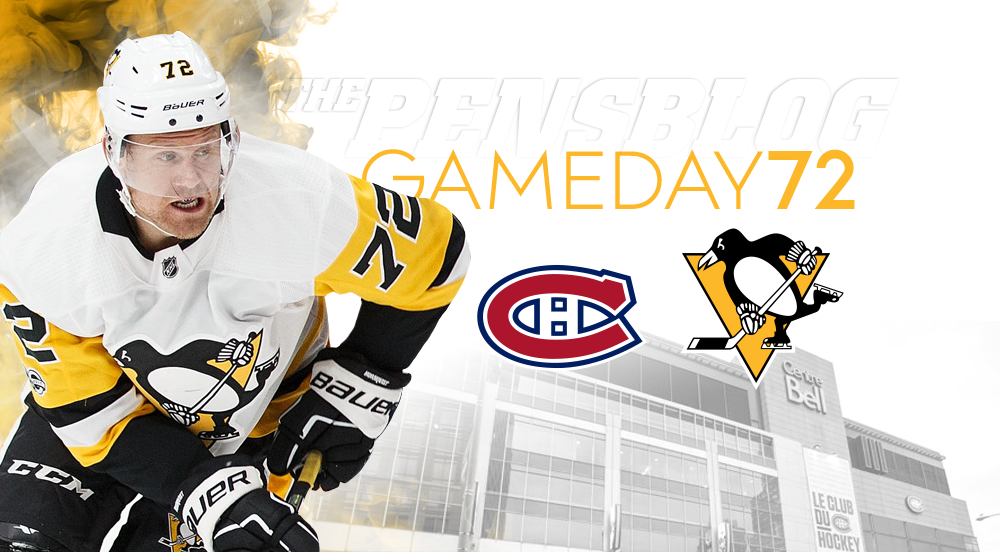 So following the action at Madison Square Garden the Penguins packed up and made the 372 mile trek to Montreal for another game tonight against the Canadiens. This is somehow the first time this year that the Pens are meeting Montreal as they will finish the series next Wednesday back in Pittsburgh. What have the Canadiens been up to this year? When talking about standings it is not a good thing to be less than 10 points ahead of last. Also, nice leadership Toews. Luckily for Montreal this is the last year of Carey Price at $6.5 million dollars, unfortunately starting next year they will start paying him $10.5 million for the next 8 years… he will be 31 at the beginning of the deal and 39 at the end, so I’m sure this will be a good deal from 2021 on. The Canadiens are also fortunate to have top defender Shea Weber locked up along with Price until 2025-26 as they continue paying Weber $7.85 million for each of the next 8 years, when he will be 40.

Statistically speaking the Canadiens individually are as pathetic as their salary situation. The team is paced by Brendan Gallagher’s 26 goals and 43 points as he is their only 20+ goal scorer with the next closest being Max Pacioretty with 17. When it comes to the goalies the one that makes the most isn’t leading by example:

Price is currently out with a concussion so it doesn’t look like he will be able to change the tides on a down year for him as his .904 is well below is .918 career average save percentage. I just realized that this gameday is completely pointless because if Niemi plays the Penguins will not score, absolutely no way in hell go find the devil right now and sell your soul if you wish but that’s it, we’re done here.

The Penguins don’t have much room to make many changes from last nights roster with the exception of Matt Hunwick. Mr. Jooris was sent back to Wilkes-Barre once Bryan Rust was declared healthy enough to play because Jooris was only up on an emergency basis. With Tom Kuhnhackl blocking everything under the sun last night there is a chance the team can make another call up but considering he didn’t miss a shift last night who knows, dude is a warrior and doesn’t get enough credit for it. This means we can talk about the Canadiens I guess, but just look at them, their forwards look worse than the Rangers and they didn’t go into full rebuild mode at the deadline. 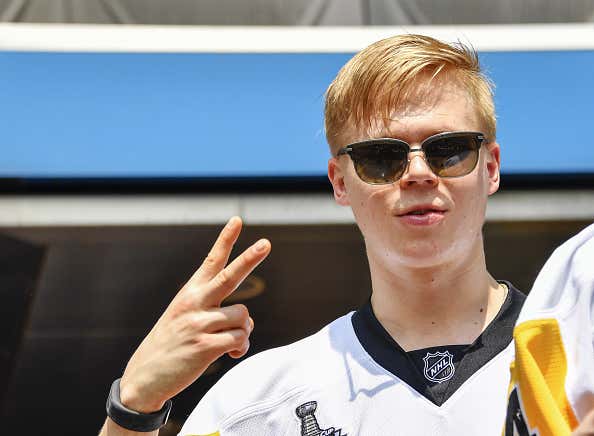 rookie season people have been complaining about the young Finn wishing he would return to form. Now he is here and healthy and he is being ignored by his biggest critics. Jesse Marshall had an excellent post about Maatta a few weeks ago on the Athletic but in my opinion Olli is not getting the credit he deserves this season as he has not only regained his offensive touch but has also learned how to use his skills to mask whatever he lacks in the speed department. It is crazy to think that Maatta is only 23 years old and has only played in 291 NHL games, it feels like he’s much older which is a good thing, it means we get to enjoy him for many more years to come.

Niemi was a low risk high reward signing by Rutherford in the offseason that ended up being a disaster. After getting claimed off of waivers a few times Niemi finally ended up in Montreal and has finally seemed to remember how to play goal. After going 0-3 in Pittsburgh with a .797 save percentage and a 7.50 GAA Niemi played in 2 games for Florida, going 0-1 with a .872 and a 5.08 GAA. Since getting to Montreal Niemi has gone 5-2-4 which, okay, with a .933 save percentage and a 2.30 GAA.

It’s the Canadiens the night after the Rangers. These are points the Penguins will hate leaving on the table even if it means digging a little deep in the later stages of the year to pull out some good old fashioned grit. Following the teams complete shut down in the third period last night couple with Malkin leading all forwards with just over 20 minutes of ice time the “tired legs” excuse doesn’t hold as much merit as usual tonight. You have to think Sullivan chewed the team up pretty good last night and they will be ready to go tonight. If they do that and get up early they should be able to secure 2 more points, which will go a long way with the Capitals playing the Islanders, and a huge game between Philly and Columbus tonight.