Islanders Pregame: Isles try to contain Ovi and the Caps 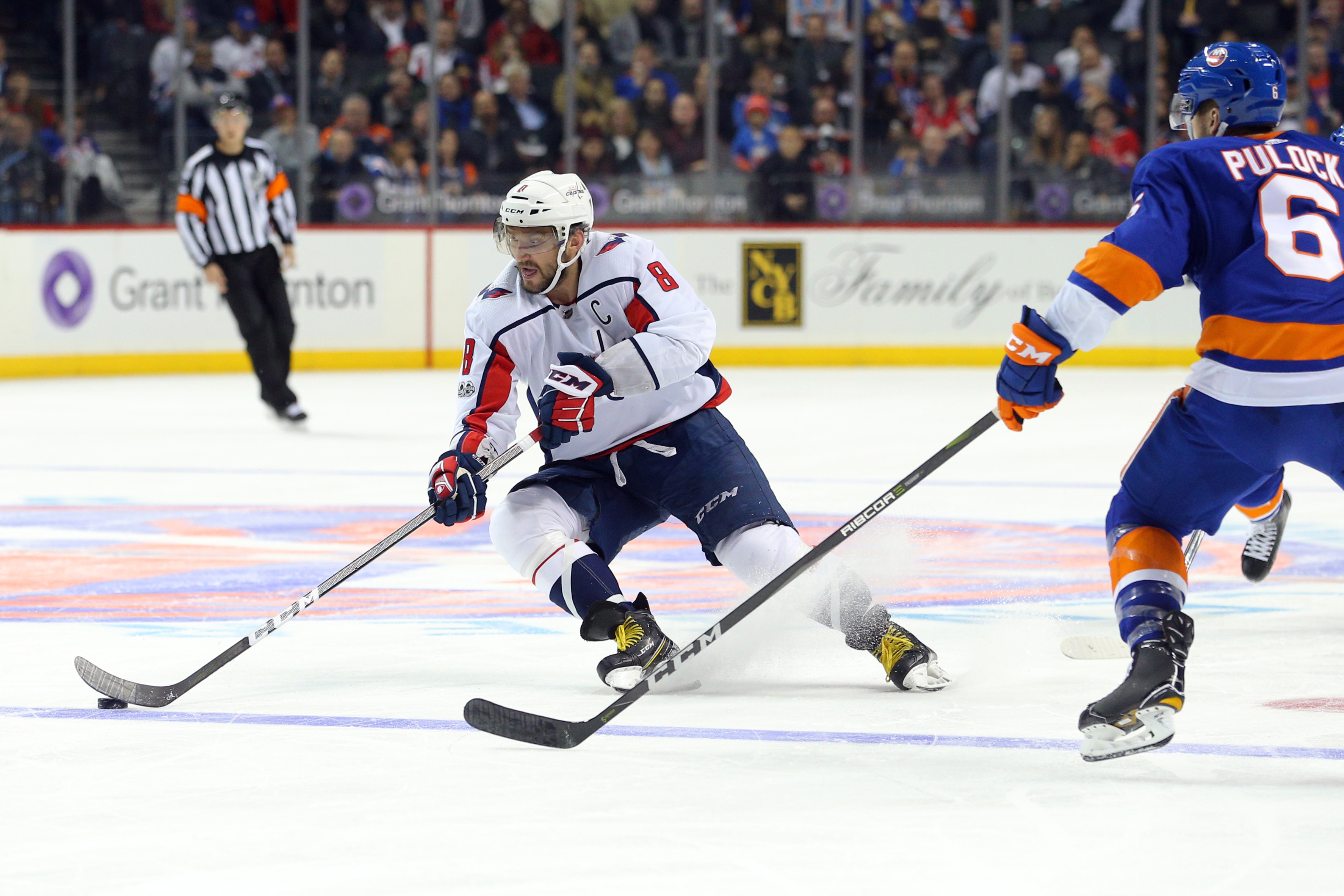 Islanders Pregame: Isles try to contain Ovi and the Caps

The Least You Should Know About the Capitals… Goaltender Philipp Grubauer is 10-6-2 in his last 24 appearances for the Capitals. He holds a 1.83 goals against average and a .939 save percentage in that span, which dates back to October 29… Tom Wilson reached the 30-point mark for the first time in his career on Monday night against the Winnipeg Jets. The point came on an assist on Alex Ovechkin’s 600th career goal in the NHL… Washington is 25-15-5 against Eastern Conference opponents. Their 55 points against the east are third-most behind Boston (64) and Tampa Bay (60).

EAST MEADOW, N.Y. — The Islanders will try to contain the goal-scoring machine that is Alex Ovechkin when they host the Washington Capitals tonight in Brooklyn.

The game is the first leg of a home-and-home, back-to-back contest with the Metropolitan Division foe. Tonight will mark the final time the Caps will visit the Barclays Center this season.

It will be another crucial game for the Islanders with their playoff hopes clinging to life support after a 1-0-3 road trip and an eight-game stretch where they did not win a single contest. Losses are something the Islanders can no longer afford, but that could be tough to avoid as the Capitals have won three of their last five games and sit atop the Metro.

Alex Ovechkin recorded the milestone goal against the Winnipeg Jets on Monday and has 50 points (34 goals, 16 assists) in 48 career games against the Islanders.

“All we can go out there and do is try to limit his opportunities,” John Tavares said about trying to contain Ovechkin. “Make it a tough night for him. Make him have to play in his own zone. Hard to score from your own end. Obviously, pretty remarkable and he’s still got a lot of game left in him, so who knows what he’ll get to.”

The Islanders were asked plenty about Ovechkin and his most recent milestone following the team’s morning skate, but they’re also well aware of the dire circumstances they are in at the moment. New York sits eight points out of the final playoff spot in the east with 13 games (including tonight) left on the calendar.

They also dropped into last place in the Metropolitan division after the New York Rangers picked up a win Wednesday night over the Pittsburgh Penguins. However, the Islanders aren’t spending their time watching the standings.

“For us in the position that we’re in you kind of have to stay away from (standings watching) in a sense,” Casey Cizikas said. “Knowing that there’s an outside chance that we can make (the playoffs) we have to come up with our best game every single shift. It’s going to be exciting tonight to play against these guys. They always bring the best out in us, so it’s going to be a good game.”

The Islanders will turn back to Christopher Gibson to protect the net tonight and the rest of the lineup will remain the same as it was in Calgary on Sunday. The Washington Capitals will start Philipp Grubauer.