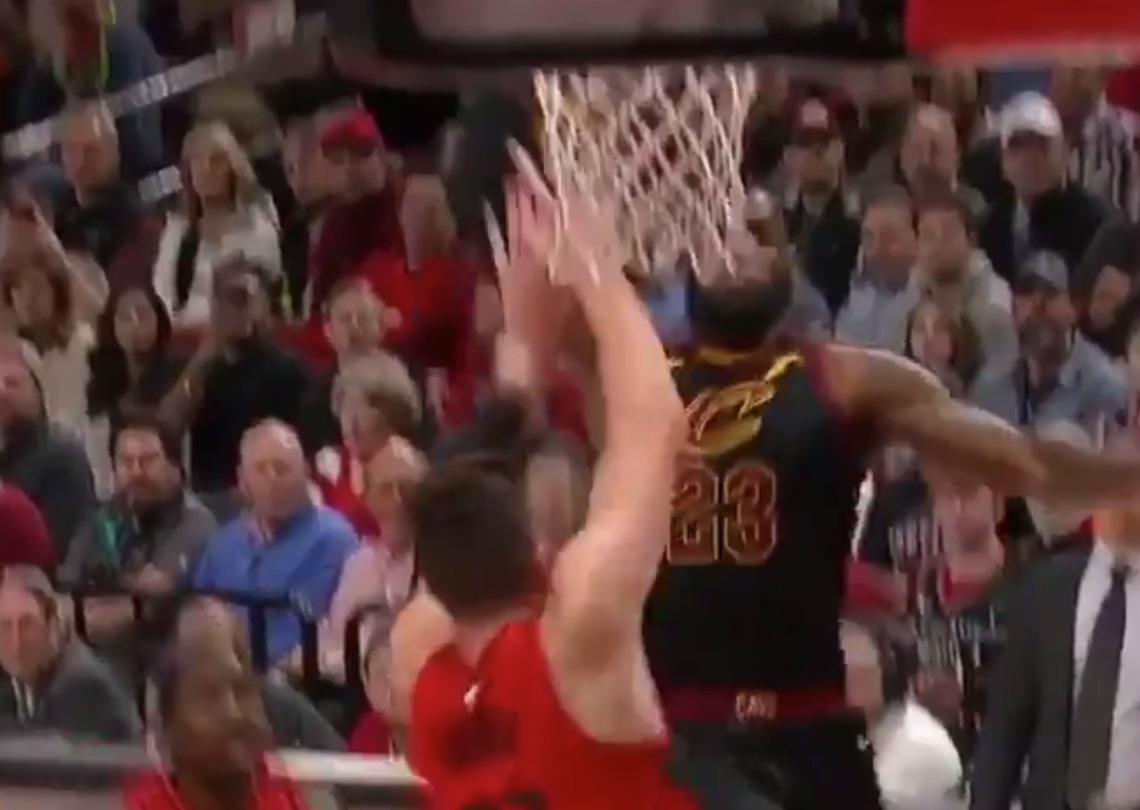 LeBron James has thrown down a number of monster dunks during his NBA career, but the one he slammed home during Thursday’s game against the Trail Blazers was among his most powerful, which is saying a lot.

It happened when James drove the lane and took flight from just inside the paint. One defender was smart enough to just get out of his way, while Jusuf Nurkic attempted to challenge him at the rim, and it didn’t go well.

The Cavs star posterized Nurkic and threw down a thunderous dunk that shook Moda Center.

LeBron with no regard for human life pic.twitter.com/sP9o7yJZcO

James’ teammates sure seemed to enjoy it, as the bench reaction was almost as good as the dunk itself.