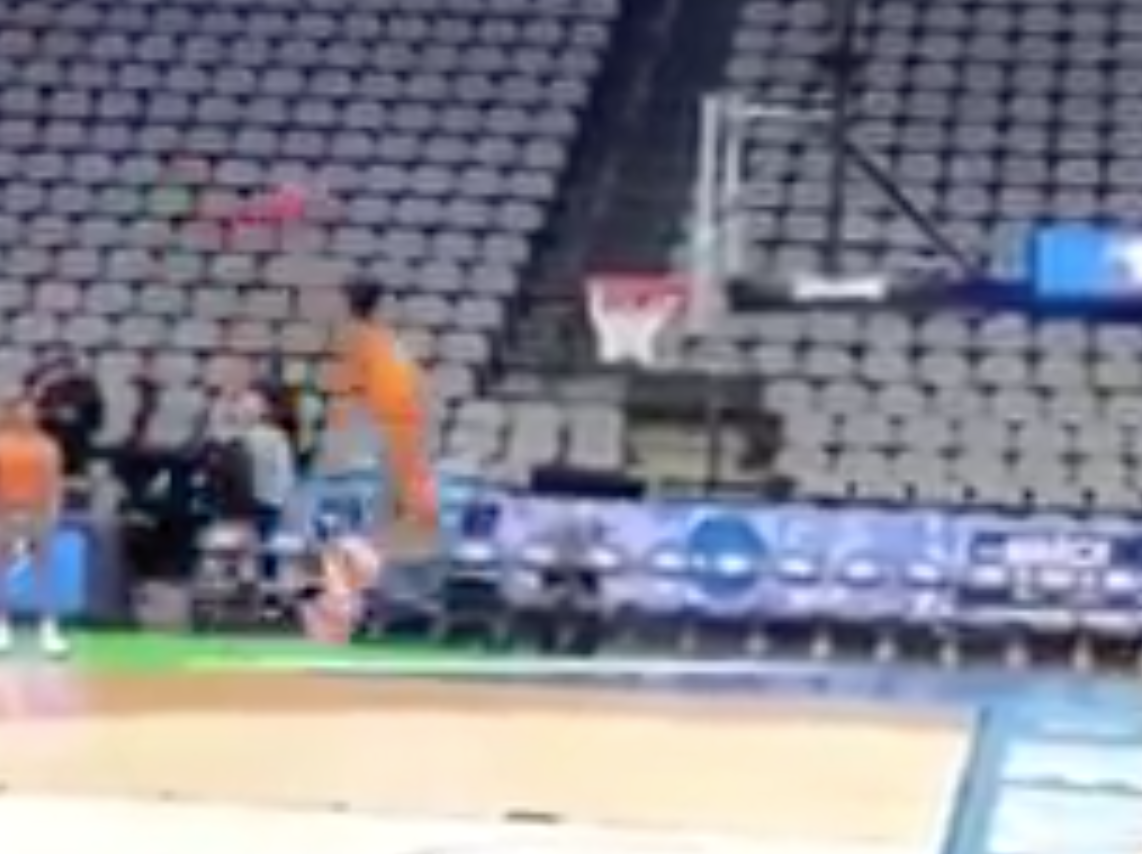 Tennessee is the tallest team in the NCAA tournament, when it comes to the size of its players, which indicates that some of their guys can dunk the ball with authority.

Judging by a recent video that has since gone viral, we now know that’s a valid statement.

The Vols prepared for their upcoming matchup against Wright State in the first round of the NCAA Tournament by throwing down some sick dunks, and this one-handed hammer is one you need to see. Check out how the player reaches out and palms the ball — which was behind his head — and then slams it home.