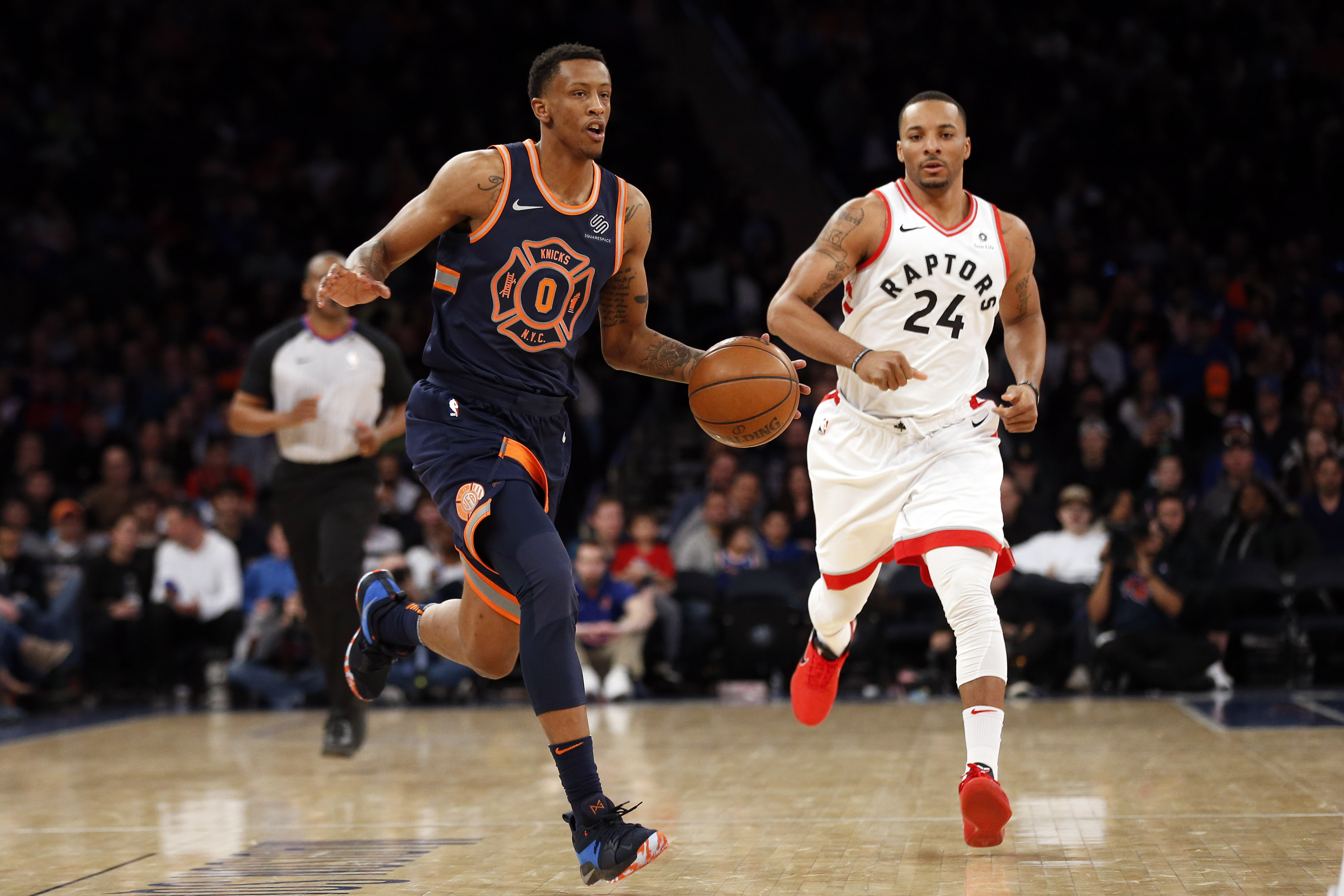 When Craig Robinson spoke to the media about the Knicks’ development process on Wednesday, he advocated for a seamless culture that prioritizes the growth and inclusion of players from both the NBA squad and G League affiliate. The Westchester Knicks have done a phenomenal job this season — the club prepared two-way prospects Luke Kornet and Isaiah Hicks for roles with the big league club. Trey Burke was provided a chance at redemption and has rewarded the organization for their trust by carving out a niche in the Knicks’ rotation. Both Xavier Rathan-Mayes and Nigel Hayes have also enjoyed stints with NBA clubs, and though they haven’t reached the next level with New York, it’s clear the organization is committed to nurturing their youngsters for whatever comes next.

Averaging 14.4 points and 4.1 assists over his last ten games, Burke is the most notable success story as it relates to the Knicks growing organically. He’s been in the organizational fold all season long and it’s shown in his immediate comfort level. At the same time, that hasn’t meant the team has turned its back to keeping up on outside scouting. Rolling the dice on former Rockets’ forward Troy Williams has already paid off.

Williams turned two ten-day contracts into a deal similar to Burke’s. He’ll stay with the Knicks this season and his contract includes partial guarantee triggers toward next season. That’ll allow New York to develop his potential through NBA Summer League and then retain him at a cheap rate next year if so desired. He’s already off to a good start proving his worth.

Williams is averaging 8 points and 3.4 rebounds through nine games for New York. He boasts crazy athleticism, can finish explosively around the rim, and has made an effort to look for outside shots and fit within the Knicks’ system. There’s still room to grow and that’ll take time. He did, however, play especially well on assignment for Houston’s G League affiliate. If they were intrigued by him, he’s worth exploring further.

But in order to do that, the Knicks need to keep development in the forefront over the next few weeks. Upon scoring 18 points in 26 minutes against Milwaukee on March 6th, Coach Jeff Hornacek followed that up by granting the youngster just 6 minutes in the following game. There needs to be a priority to roll Williams out on the court for 15-20 minutes per game, very few questions asked. It should be considered part of the process. The second unit needs to be strong and come out with energy.

The swingman may not be considered a future star, but if the Knicks can continue to prepare complementary pieces like himself and Burke to get the growing pains out of the way now, the foundation (and respective support for the team’s core of Kristaps Porzingis, Frank Ntilikina, and Tim Hardaway Jr.) will come together nicely and make this transition period worthwhile.