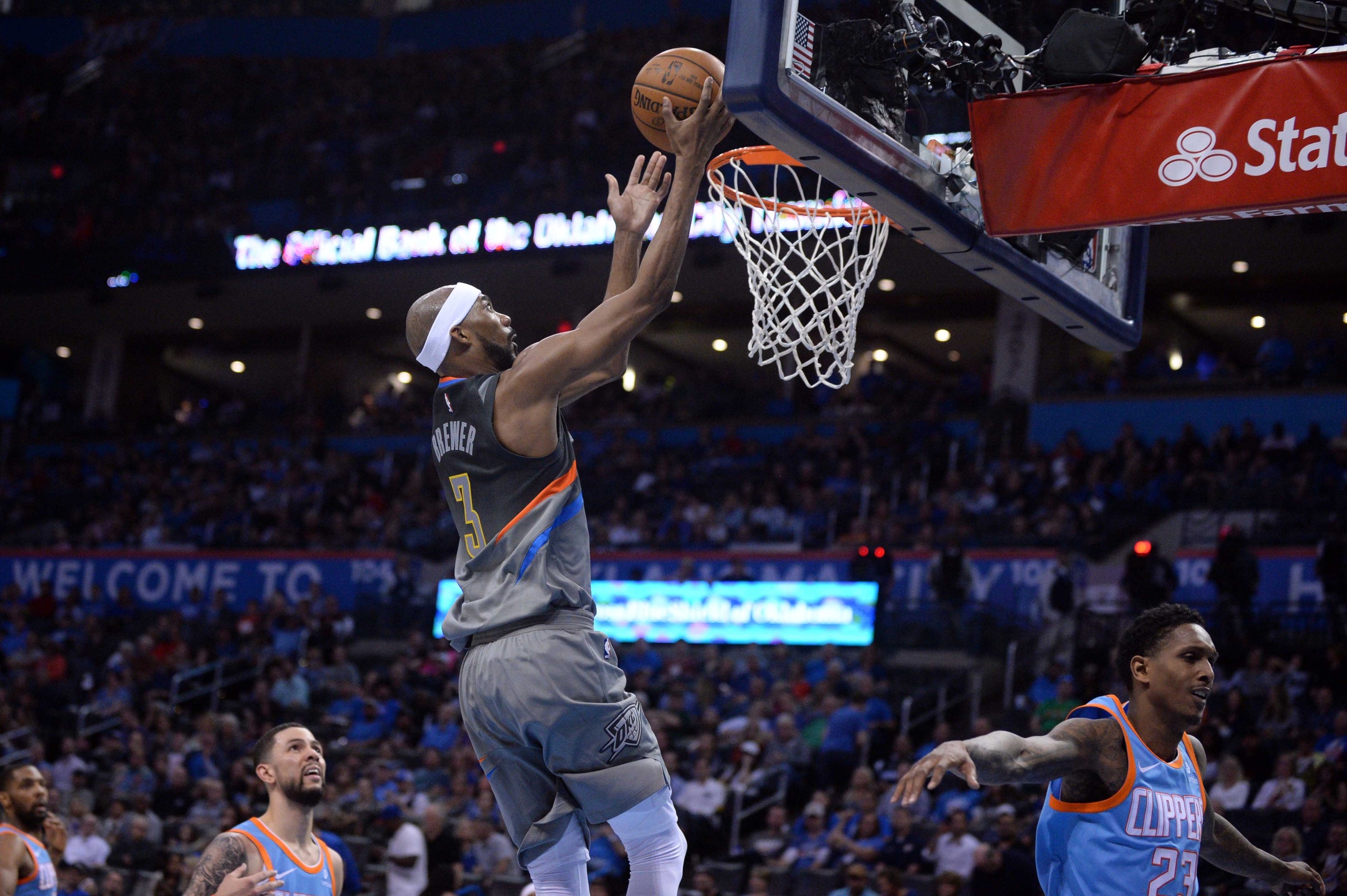 Tonight’s game was all about effort for the LA Clippers, something they were massively lacking.

I mentioned in the pregame article that the biggest category the Clippers needed to worry about was limiting turnovers, and they did the complete opposite of that tonight. LA turned the ball over an astounding 23 times which led 31 points for OKC. During the first 3 minutes of the game OKC never even scored a jump shot, they simply scored fast break points off of all the Clippers’ turnovers. Speaking of fast break points, OKC completely crushed LA in that category 26-6.

For most of the season the Clippers have been a team that drove to the paint, hustled on every play, and fought for every loose ball. The Thunder completely outclassed the Clippers at their own game tonight. The most telling stat of the night was that Corey Brewer was the leading scorer for OKC, scoring 22 points with 6 steals.

What was even more astonishing was the fact that OKC was up 7 points at the half, despite their big three only scoring a combined 9 points.

The Clippers could ill afford tonight’s loss against the Thunder. The loss put LA into the 10th seed, and 1.5 games out of the 8th seed. What makes matters worse is that they have the red-hot Portland Trail Blazers waiting for them at home, a team that’s won 11 straight games. This quick road trip was upsetting for LA because the past 2 games were very winnable games.

The Final Clip: Tonight was one of the most upsetting losses for the Clippers. The team needed to come out with energy to win this game, and they remained lethargic for most of the game. LA is two losses away from putting themselves in a hole outside of the playoffs.