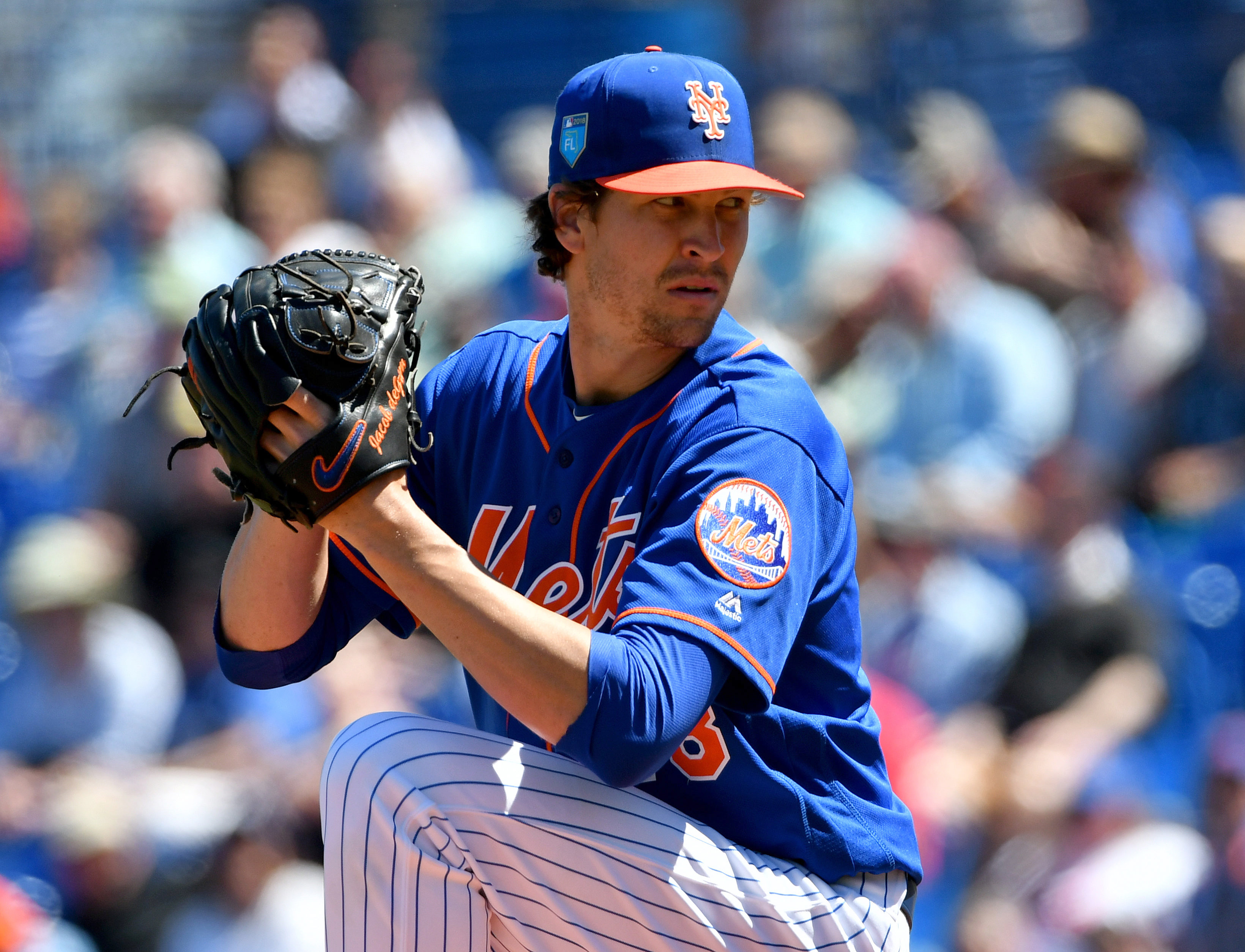 With Opening Day less than two weeks away, the New York Mets are trying to round into regular season form. This means deeper outings for the starting pitchers, who have precious few starts left to build up their pitch counts. Solid performance is a nice bonus, and the Mets have seen that happen the past few days. Matt Harvey started in yesterday’s loss with the Marlins and pitched well, allowing three runs on six hits while striking out eight in five innings of work. Jacob deGrom took the hill today and was even better, tossing five shutout innings and striking out eight in the Mets’ 4-4 tie with the Baltimore Orioles.

The outing for Harvey was interesting, as he cruised through the first two innings before giving up three runs in the third. The Marlins got to Harvey for three singles and a walk, and he didn’t help his own cause by uncorking a wild pitch in the frame. Harvey was able to settle down nicely, however, ending his day by tossing two more shutout innings and finishing with a flourish by striking out the final five batters to face him. This is a very encouraging sign for Harvey, who has had trouble bouncing back after rough innings in recent years. Harvey was also coming off a tough start against the Yankees, where he was beaten up by the top of the Yankees’ batting order, so the fact he was able to avoid consecutive rough outings was huge.

deGrom looked even sharper than Harvey against the Orioles today, allowing only one base hit in five innings of work. The Orioles simply couldn’t touch deGrom, who tossed 55 pitches, with 41 of those going for strikes. deGrom has been penciled in to start the season’s second game, so he is right on track pitch wise to be ready after a couple of more exhibition starts.