Joel Embiid stares down Nuggets player after rejecting him 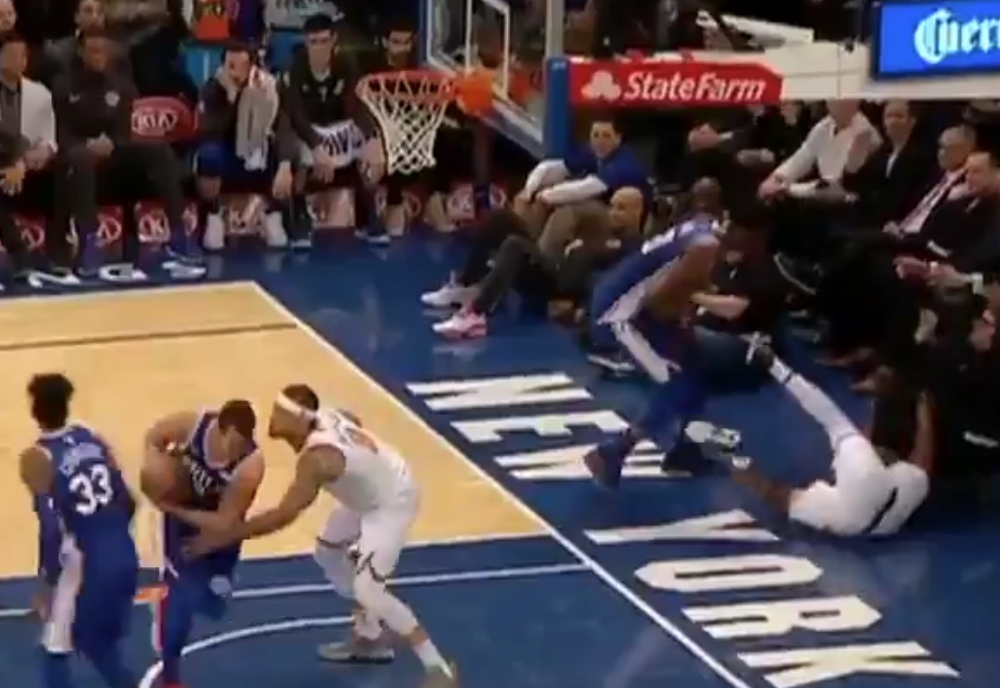 Joel Embiid stares down Nuggets player after rejecting him

Joel Embiid is currently the king of trash talking as it relates to NBA players — both on and off the court.

Embiid is known for delivering jabs on social media, and he does the same on the court as well, sometimes it’s just a bit more subtle.

He was fairly direct in how he trolled Knicks point guard Emmanuel Mudiay during Thursday’s game, though. Embiid rejected Mudiay’s shot attempt near the rim, and then made sure to stare him down for quite a while afterward.

Absolutely barbaric staredown of Mudiay by Embiid. My god. pic.twitter.com/Q3OlkcaAuh

Embiid is a master troll.