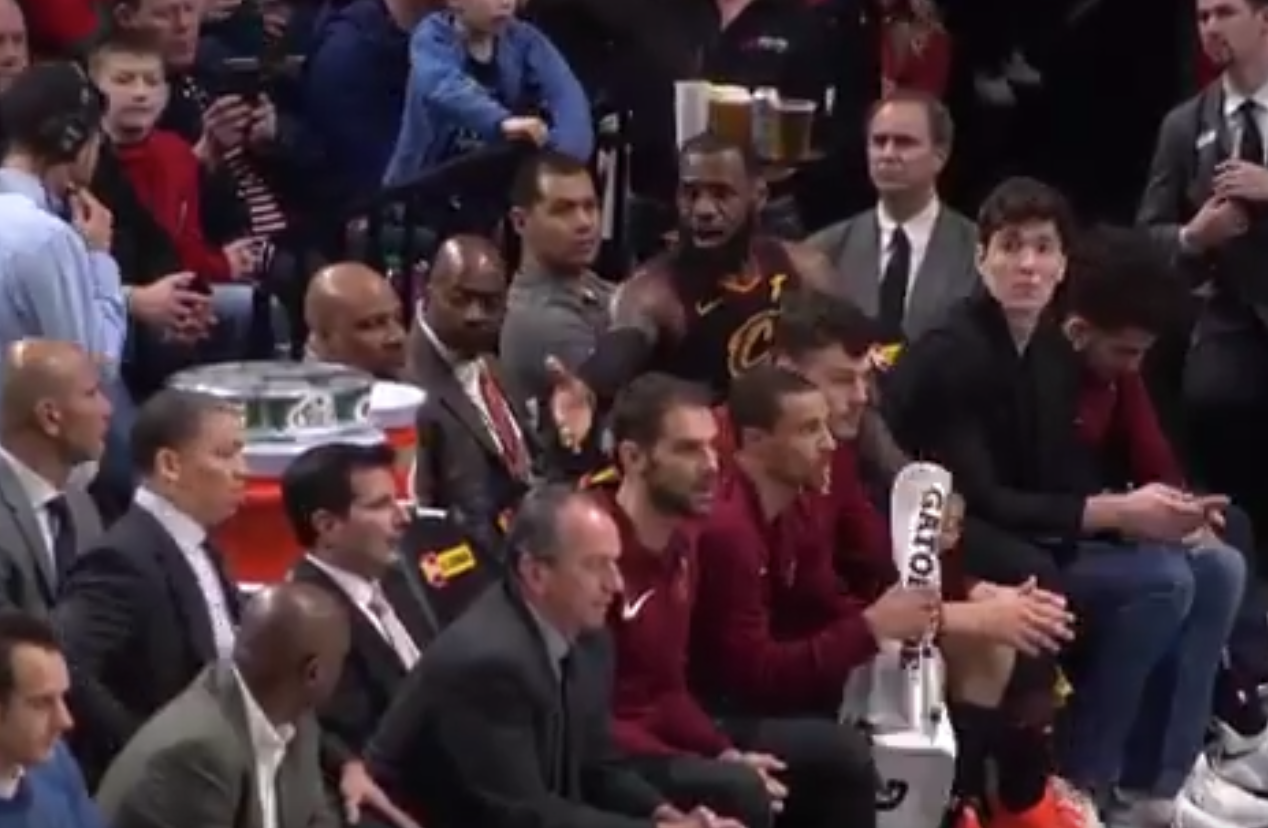 LeBron James doesn’t shy away from voicing his opinion to, well, anyone.

It could be an official, teammate, coach or possibly even a fan; if James wants to speak his mind, he will.

Thursday’s game against the Trail Blazers featured a spat between James and Tyronn Lue, with the four-time MVP visibly upset at the team’s head coach during a timeout. Lue was seen having some words with James, which resulted in the Cavs star pointing at him and yelling back.

James eventually grabbed a towel, which essentially ended the spat, but he didn’t appear to be all that happy about what had transpired.

It’s unclear exactly what the two were arguing over, but James appeared to be more upset about it than Lue was.