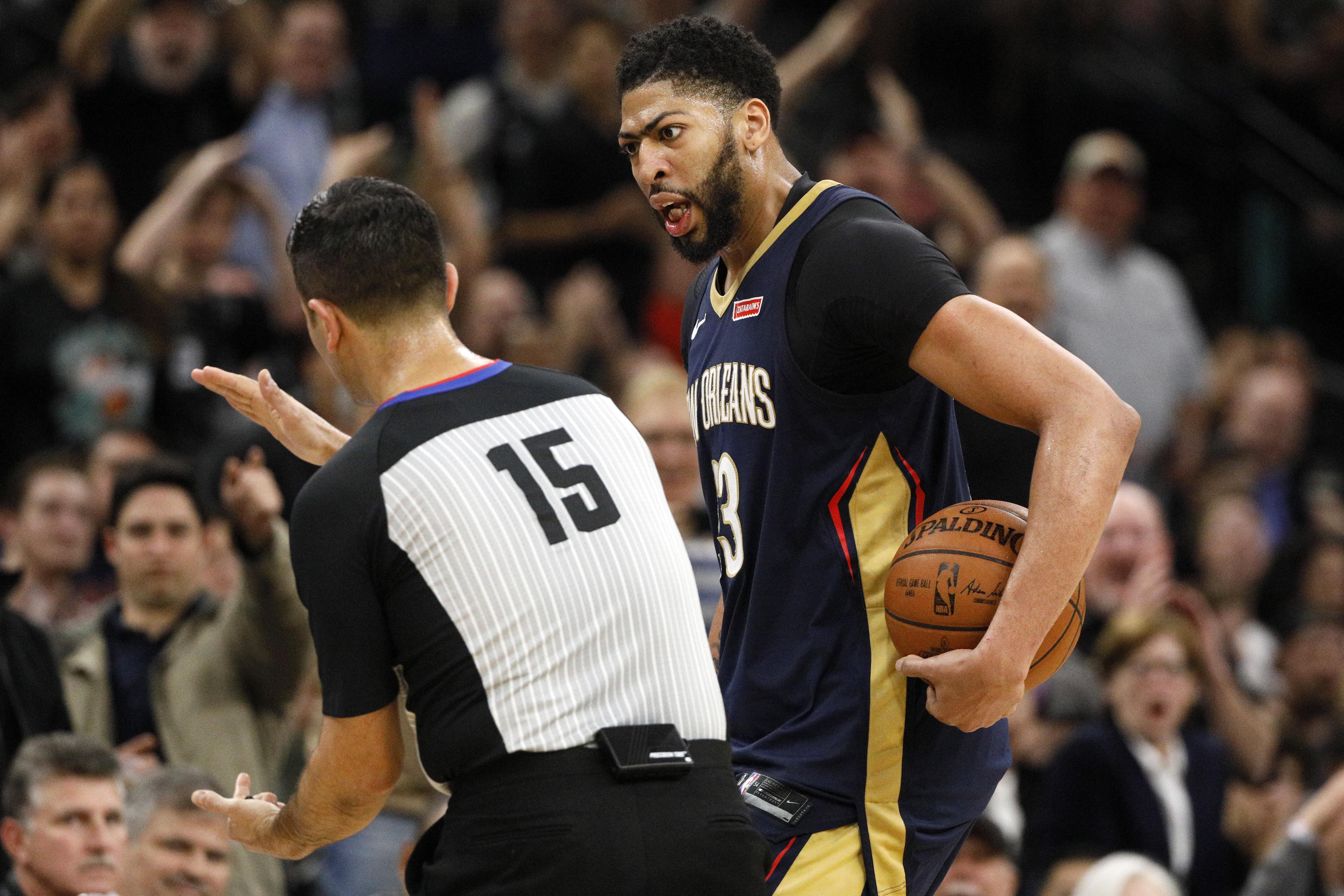 San Antonio,TX- The New Orleans Pelicans traveled to San Antonio to take on the Spurs Thursday night in front of capacity crowd. The Pelicans & Spurs met in under playoff like conditions as San Antonio were looking for their first win against New Orleans this season. The Pelicans are looking pretty shaky after a 10 game winning streak which was stopped by Washington four games ago. New Orleans is 1-3 in the last four games & need to change things up to stay in the Western Conference Playoff Race. The Pels started this game trailing 37-26 in the first quarter as San Antonio was determined to not let New Orleans sweep them in their building this year. The Pels hell bent decided to even up the game playing their best quarter in the second scoring 32 points right before the half.

The Pelicans star forward Anthony Davis finished the game scoring 21 points 14 rebounds & 2 blocks, was in foul trouble which eventually led to him fouling out. The next Pelican up was Jrue Holiday who scored 24 points 7 assists 8 rebounds in 38 minutes of action. Holiday & Davis had to deal with very inconsistent foul calling by the referees all night long. The fact of Tom Benson passing away weighed on the hearts & minds of Pelican players as well. The Pelicans couldn’t finish out the game to seal the win, they were only able to score 35 points in the entire second half. The low point total was largely due to the fact San Antonio’s defense, the referees & turnovers sealed the teams faith 98-93.

The Pelicans did shoot 40% from the field & 37% from downtown but could not overcome the turnovers plus the bad transition defense.

New Orleans (39-29) dropped down to the sixth spot in the very tight Western Conference Playoff Race. The Pelicans face the Houston Rockets (54-14) Saturday afternoon in the Smoothie King Center. The Rockets led by potential MVP candidate guard James Harden is the beat team record wise in the West. The Pels have a very difficult match-up against Houston as they have been playing pretty inconsistently lately. They are just 1-3 since the 10 game winning streak ended and could have been 0-4 edging out a win over Charlotte.

The Pelicans start the first of a five game home stand starting with Houston followed by: Boston, Dallas, Indiana & L.A.(Lakers). The Pelicans need to play better defensively to have a shot in this home stand & take advantage of being at home which they are just 18-14.