Coach Gentry Blows A Gasket In Loss To Houston, Pels Fall To 8th In Playoff Race 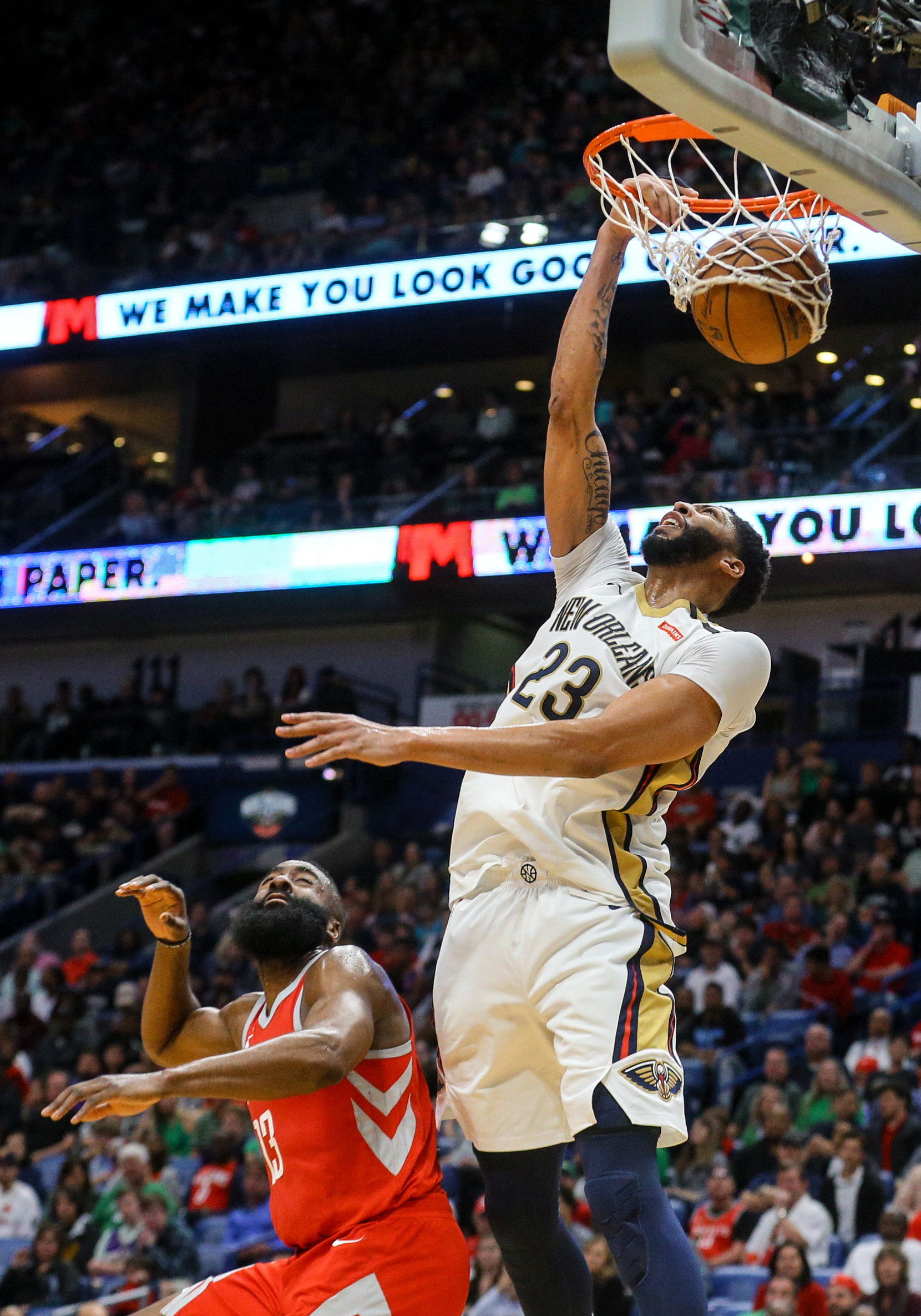 Coach Gentry Blows A Gasket In Loss To Houston, Pels Fall To 8th In Playoff Race

New Orleans,LA- The New Orleans Pelicans hosted the Houston Rockets Saturday afternoon in the Smoothie King Center. The Rockets coming in as the best team in the league record wise led by James Harden, who is considered the top MVP candidate. The Pelicans had a tall order in this one as New Orleans tried to stay close to Houston. Houston’s guard James Harden was the conductor for the rockets offense & even though he struggled early in the 1st half, he still put up an MVP stat line 32 points 8 assists with 11 rebounds. The Pelicans didn’t help themselves with shabby defense allowing at least several wide open three-point shots by Houston.

Anthony Davis didn’t play up to his usual MVP form in this one as he could have been more aggressive against Houston’s smallish defenders. Davis posted 26 points & 13 rebounds on 11-18 shooting in 38 minutes of play. Despite the suspect Pelican defense there were suspect officiating which contributed to numerous attempts to allow Houston to gain advantage in the game. The biggest of the calling blunders were when Rocket forward PJ Tucker took out pelican guard Ian Clark’s legs while diving for a loose ball which appeared to be touched by Tucker. The officials went took a look at it then came back made the call that not only did Clark touch the ball before it went out-of-bounds but there was no foul, the ball was rewarded it to Houston.

Besides that there were technical fouls called against New Orleans as they protested the no calls or bad calls by the referee’s. The Pels did shrink the lead in the second half but couldn’t overcome the Rockets hot shooting before Harden closed the door on New Orleans 107-101. New Orleans shot 51% from the field & 33% from beyond the arc. The Pelicans went to the line and made 11 of 12 verses Houston’s 14 out of 18. The Rockets out rebounded the Pels 53-45 while grabbing 13 offensive rebounds against 6 by New Orleans. The Pelicans Head Coach Al Gentry completely went off on the officials during a postgame interview, citing the numerous times team star Anthony Davis hasn’t received foul calls. Gentry was livid complaining about getting a technical foul when walking away from a referee, the rants served as much see tv but must certainly will draw a fine.

New Orleans (39-30) are now 1-4  since the 10 game winning streak ended and have moved from the sixth spot in the Western Conference Playoff standings to 8th. The Pels still have 4 games remaining on their 5 game home stand with Boston (47-22) coming in next. The Celtics are without Kyrie Irving (knee), Jaylen Brown (concussion), Marcus Smart (hand) & Al Horford is coming off illness so this could be a good opportunity for New Orleans to get a much-needed win.

-Rajon Rondo wasn’t injured he was given rest and should be ready to play in the game Sunday verses Boston.

Solomon Hill who had surgury to repair a torn hamstring early this season & is supposed to make an appearance in Sundays game against Boston.