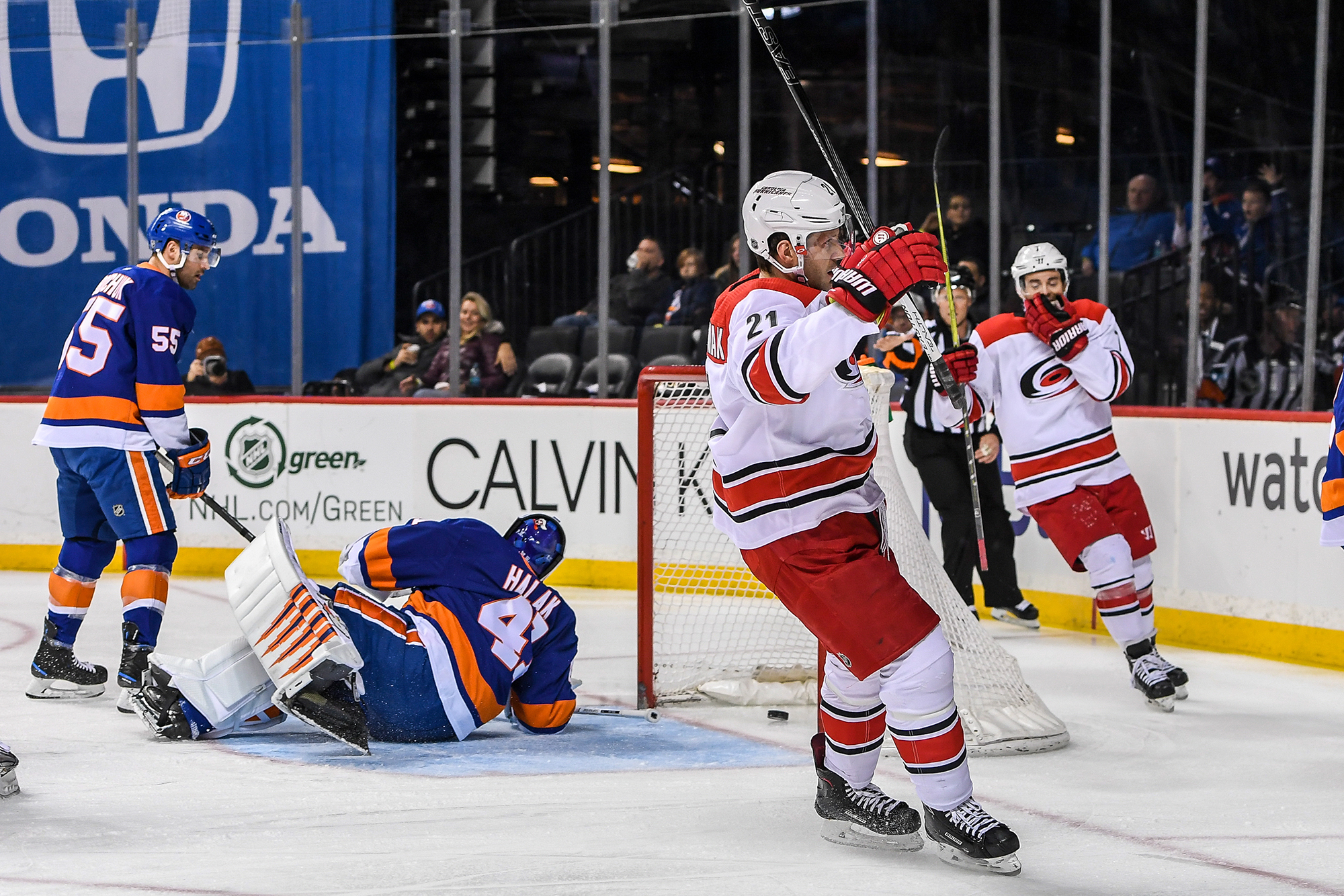 NEW YORK — Add this to a long list of losses the Islanders have been accumulating.

It was a late third-period goal from Trevor van Riemsdyk that helped the Hurricanes leave New York victorious. van Riemsdyk fired a blistering shot from the high slot that got by Jaroslav Halak to give Carolina the lead with 6:49 left in the third period.

“We had a slow start today and got back in. My fault on the winning goal,” a dejected John Tavares said. “I just picked up the wrong guy on the track. I had the right intentions, just made the wrong read and honestly, we weren’t able to find a way to get it to extra time or score on a few more of our chances.”

The loss pushed the Islanders further into the Metropolitan Division basement and further away from the wild card, which helps their chance at a lottery pick in this year’s draft but further disheartened an already crestfallen group. While mathematically not eliminated from the postseason, the Islanders are expected to miss out for the second consecutive season.

Sunday saw the Islanders start off slow before they kicked things into gear in the second period. New York was outshot 30-17 through the first 40 minutes of the game and finished the game being outshot 39-29.

Halak made 35 saves in the loss.

“Obviously it’s disappointing,” Josh Bailey said. “Put a lot of time effort into this to be successful first and foremost as a team, and then individually. When the results aren’t there it’s really frustrating. It’s difficult.”

The Hurricanes opened the scoring with two goals in the first 4:44 of the game. Jacob Slavin threw a shot from the point that deflected off Adam Pelech and went into the net.

Carolina’s second goal of the game came less than two minutes later when Lee Stempniak walked into the Islanders zone and beat Halak with a shot from the slot.

The Islanders mounted a comeback in the second, with Josh Bailey Deflecting a shot from Ryan Pulock to cut the deficit to one. Anders Lee scored his first goal of the game at 12:22 to even the score at two.

It was a goal from Victor Rask at 14:04 of the second period that helped put Carolina back in front. A blind attempt by Thomas Hickey to clear the puck from the Islanders end went right to Jacob Slavin, who sent the puck towards the net.

Rask picked up the rebound and sent it right past Halak’s leg.

Lee’s second goal of the game tied the game back up at three when he scored at 8:05 of the third. Bailey sent a quick pass to Lee down low and Lee redirected the puck into the net for his 35th goal of the season.

The goal was also Lee’s 200th career point in the NHL.

“We fought to get back,” Islanders head coach Doug Weight said. “We just kind of over backchecked and gave up the fourth one. Couldn’t get the (tying goal).”