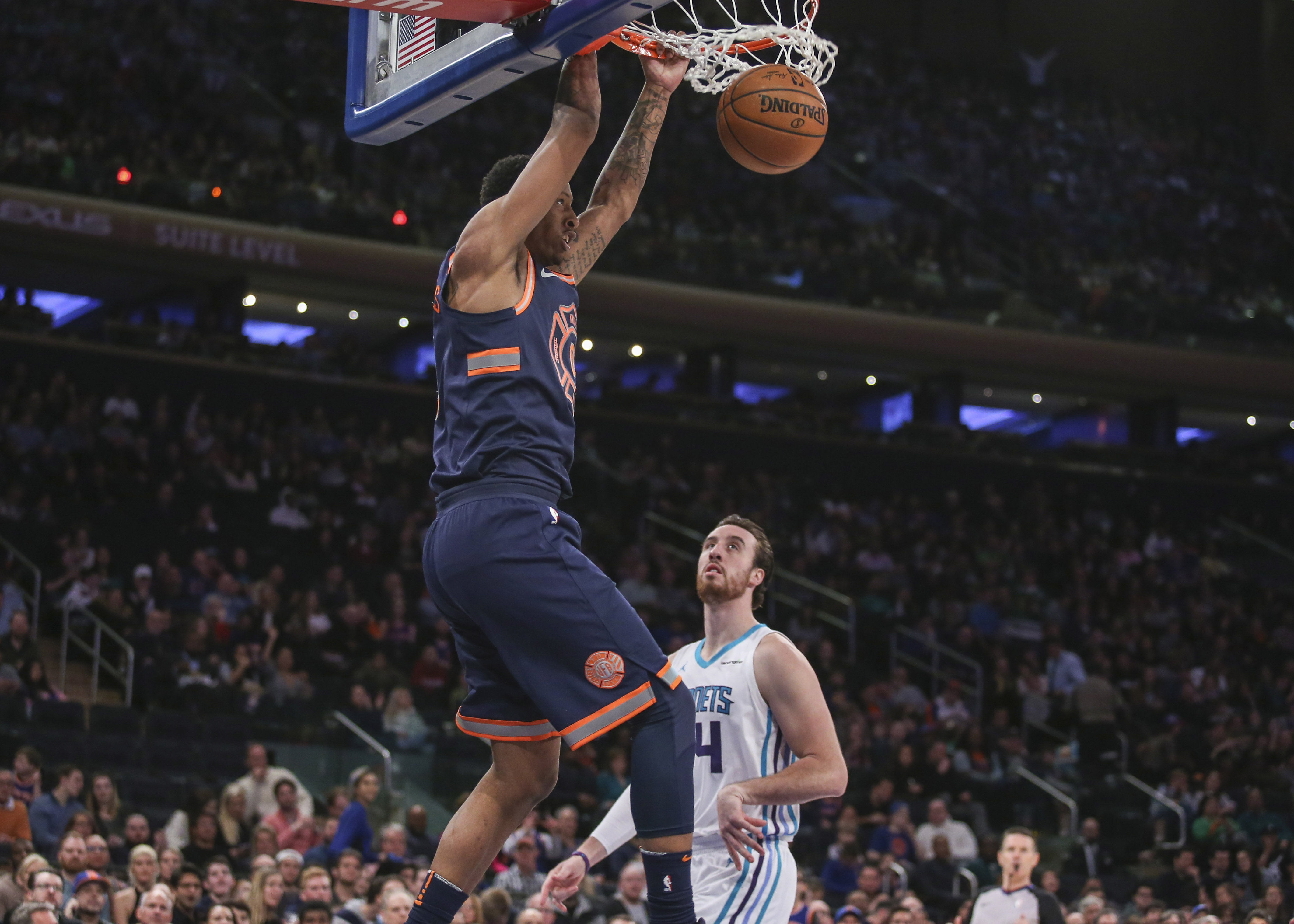 With the luck of the Irish on their side for St. Patrick’s Day, the Knicks turned their attention to a much less talked about component of “development:” winning games.

The NCAA tournament is underway, so the stars of tomorrow are strutting their stuff. Fans and front offices alike enjoy fantasizing over which prospects will make the biggest impact for struggling teams next season. With that in mind, it’s easy to make the argument that teams need to lose as many games as possible (as this point in the season) to increase their chances of nabbing a future NBA star.

The ironic thing about this strategy is that despite the struggles, there is going to be a number of players who return to New York next season. They need to experience success and understand what it feels like to win and develop that necessary mentality. If that isn’t built into their “development,” there’s no reason to believe anything will get better.

Matching up with the Hornets on Saturday, the young Knicks finally had a chance to see what winning in commanding fashion tastes like. Needless to say, it’s safe to assume they’ll want another helping of it sooner than later.

Coach Jeff Hornacek still stayed true to the team’s goals throughout. Isaiah Hicks was the team’s first big man off the bench and went on to play 25 minutes. Much like Enes Kanter, Hicks made some questionable decisions defensively and racked up quite a few fouls. Still, in what became his best game as a pro, Hicks was refreshingly aggressive around the rim and fought hard for rebounds, adding 12 points and 8 rebounds.

The positive effort that Hicks helped spark early on was infectious. Tim Hardaway Jr. played alongside New York’s younger prospects throughout the second and third quarters, shedding light on how upbeat this team’s future can be. He led with the way with 25 points. Though the swingman only added 3 assists, he was making very good passes that his teammates simply weren’t finishing down low. There were multiple instances where a Hardaway Jr. facilitated pass gave way to an opportunity at the line. In more ways than one, the Knicks’ Robin (to Kristaps Porzingis’ Batman) stepped up and led the troops. Propelling the team to a 42-19 third period, Trey Burke’s sharpshooting led to 14 points off the bench. Still growing in an off-ball guard role, Frank Ntilikina showed little hesitation in knocking down the three-ball and added a career-high 15 of his own. High-flying Troy Williams scored 13.

The Knicks were firing on all cylinders and truly looked like a team Coach Hornacek could be proud of. Racking up a 38 point lead, the group was running and gunning — full speed — and communicated effectively to keep the flow going and limit turnovers. Securing a high draft pick is and nice and all, but even the players of tomorrow need to know what it feels like to win, today.

Despite this team’s dire fate, the crowd seemed to appreciate the positive play. They showered the team with support all night long, with former Knick Willy Hernangomez getting the only favorable cheer for the opposing team. His warm reception was second to that of only Jarrett Jack — the veteran appeared in garbage time, playing for the first time since February 14th. He added 4 points in 7 points during the Knicks’ 124-101 victory.