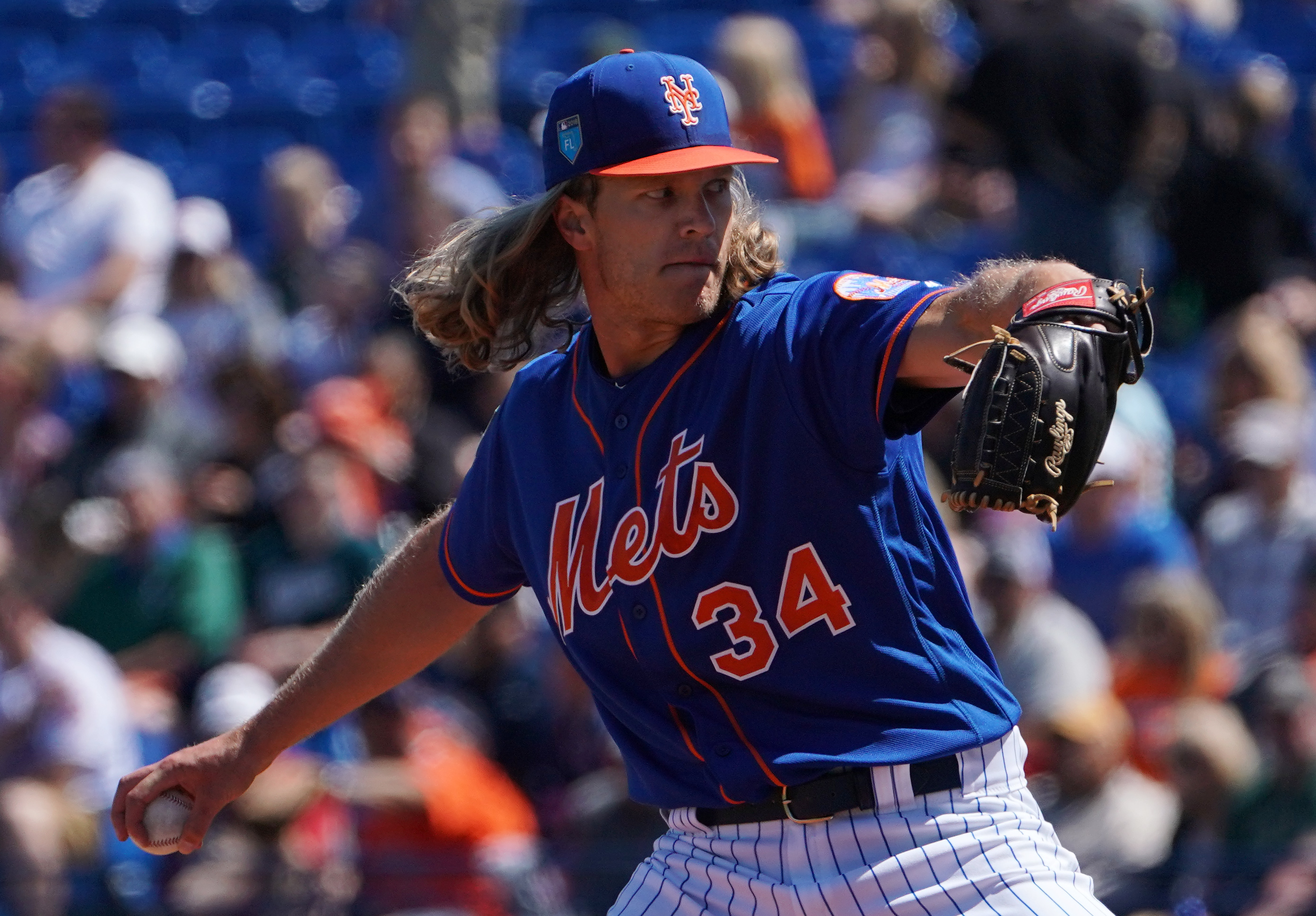 On the same day that the New York Mets lost a pitcher to injury, their Opening Day starter showcased his health in dominant fashion. Noah Syndergaard went seven innings in his latest exhibition start, allowing one run on eight hits while striking out five in a 5-4 win over the Baltimore Orioles. The strong performance lowered Syndergaard’s spring ERA to 1.35.

The Mets gave Syndergaard plenty of support offensively. Travis d’Arnaud had a huge day at the plate, going 2 for 4 with a double, a second inning home run, and three RBI’s. Brandon Nimmo also plated a run with an RBI single in the third and Amed Rosario drove in a run in the sixth. Syndergaard departed with a 5-1 lead, but Seth Lugo followed and had a rough day, giving up three runs in the eighth inning, including a two run homer to Danny Valencia. Robert Gsellman, who is fighting for a bullpen job that could be opening due to the spring struggles of Hansel Robles and Rafael Montero, worked around a pair of base runners in the ninth to record the save.

The Mets will be back in action tomorrow with another road game against the Houston Astros. Steven Matz is scheduled to face off with postseason hero Justin Verlander in the pitching matchup. The Mets are also expecting Yoenis Cespedes to return to the lineup after missing nearly a week with a sore right wrist. First pitch for the game is scheduled for 1:05 pm.