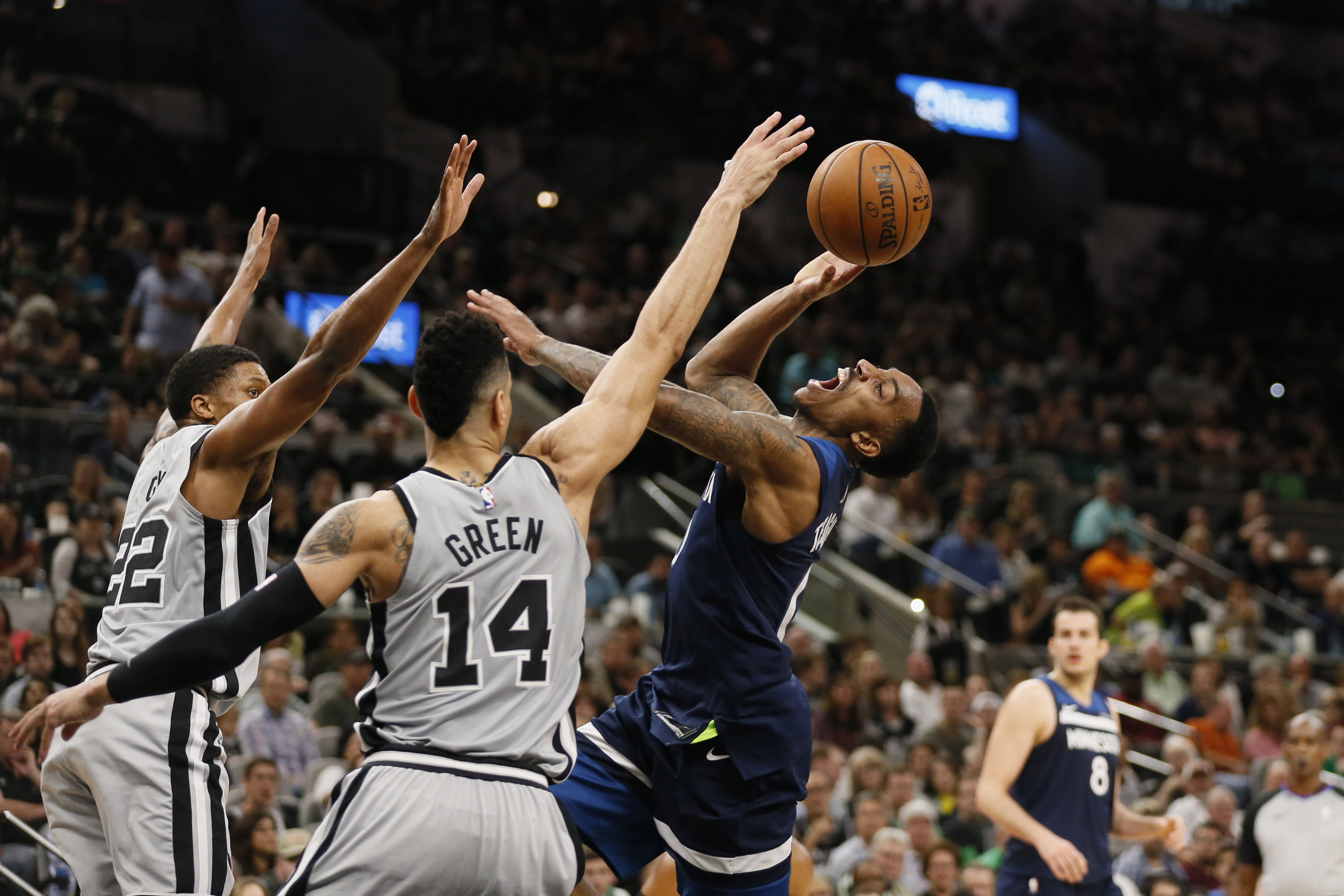 Spurs testing the Wolves’ manhood here. Bodying them up something fierce. Up to them to push back

We break down the #Twolves' 117-101 loss to San Antonio on tonight's #WolvesFastbreak pic.twitter.com/d4djWdfD6I

Behind a -21 performance from Derrick Rose, the second-unit craters the Wolves in San Antonio. #AllEyesNorth

I really want to hear what coach Thibs has to say after this game. The officiating was horrific. Don’t get me wrong though, that’s not the only reason why they lost. #AllEyesNorth

Did you guys know that Rose was the reason the wolves went 2-1 in his first 3 games? KAT had absolutely NOTHING to do with those wins scoring back to back 30+ pt games or anything lol

Look how offended he got over Derrick Rose he’s definitely going to keep playing him SMFH pic.twitter.com/RkDF17h7Ud

You are now my fav Timberwolf blog lol