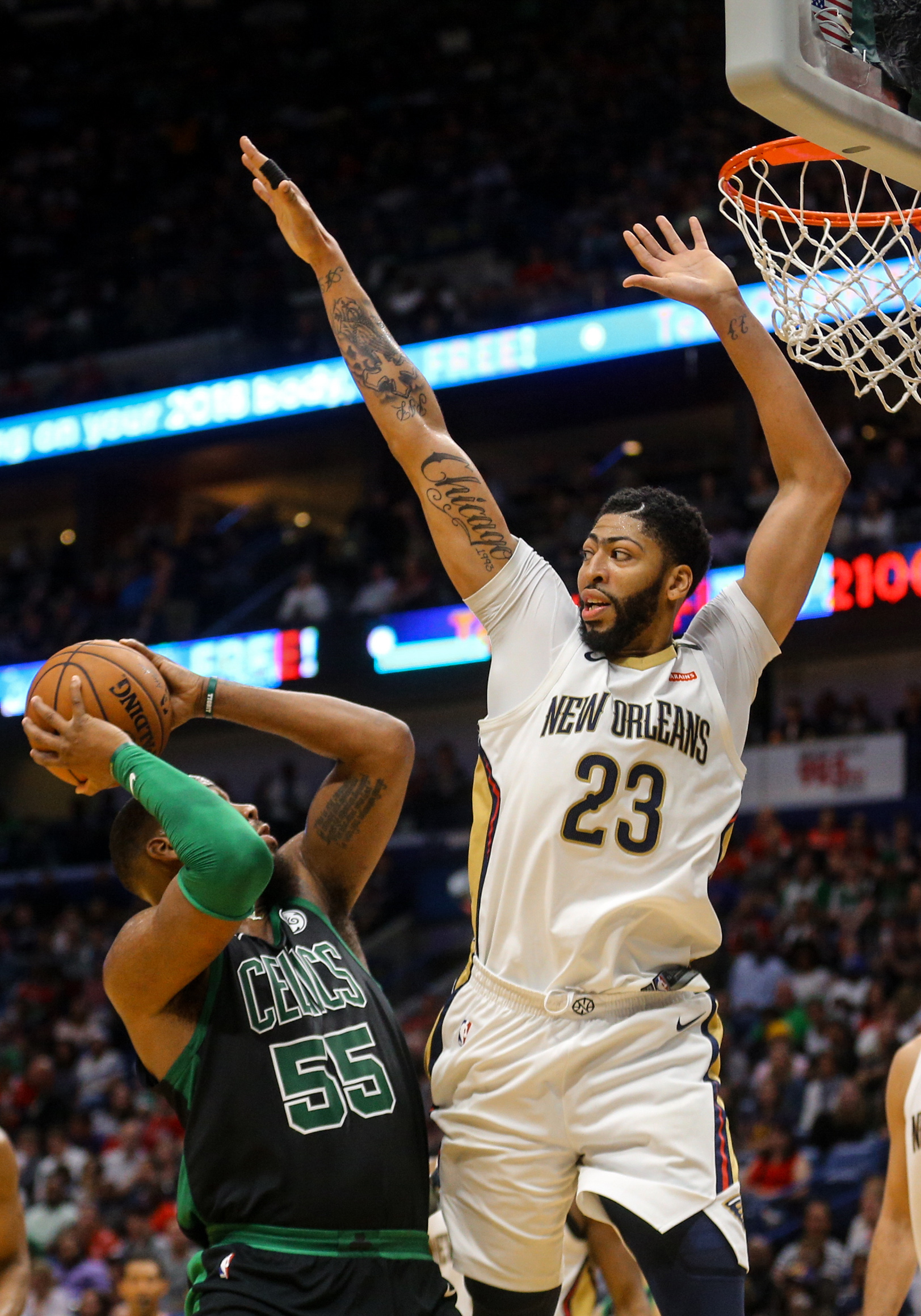 New Orleans,LA- The New Orleans Pelicans hosted the injury depleted Boston Celtics in the Smoothie King Center Sunday afternoon. The Pelicans needing a win to gain ground in the Western Conference Playoff Race & were playing their second of a five game home stand. The Celtics who are playing without Star guard Kyrie Irving (knee) and two other key contributors were looking to fin the Pelicans off. New Orleans needed to take advantage of the Celtics to get a win & they most certainly did.

The Pels struggled the first quarter of the game but out scored the Celtics every other period. The Pelicans potential MVP candidate Anthony Davis turned it up on Boston scoring 34 points 11 rebounds in 33 minutes while shooting 14-24 from the field. The Pelicans defense showed up in a major fashion, shutting the Celtics down to only 89 points. The Pel bench was also present in this game scoring an uncharacteristic 44 points to aid the starters.

The Pelicans did get to the charity stripe 25 times tonight converting 20 of them into points. New Orleans got back to circulating the ball with 33 assists & dominating the paint 54-36. They finished up the Boston Celtics by the fourth quarter & installed their bench to cruise to a 108-98 win. New Orleans shot 50% from the field & 33% from downtown while holding the turnovers to just 13. The Pels beat the Boston Celtics on the season series 2-0.

New Orleans (40-30) with the win jump back up to sixth place in the Western Conference Playoff Standings. Their next opponent is the Dallas Mavericks (22-48) in the Smoothie King Center for the third of the five home games. The Pelicans lead the season series 2-1 & are looking for what should be a win to keep pace with the rest of the west.

-Pelicans Head Coach Alvin Gentry was fined 15k by the NBA for criticizing the referees calls in Saturdays tough loss to Houston.

-Pelicans forward Solomon Hill returned back to play on his birthday playing 8 minutes, scoring no points. Hill missed most of the year with a torn hamstring suffered before the season started.