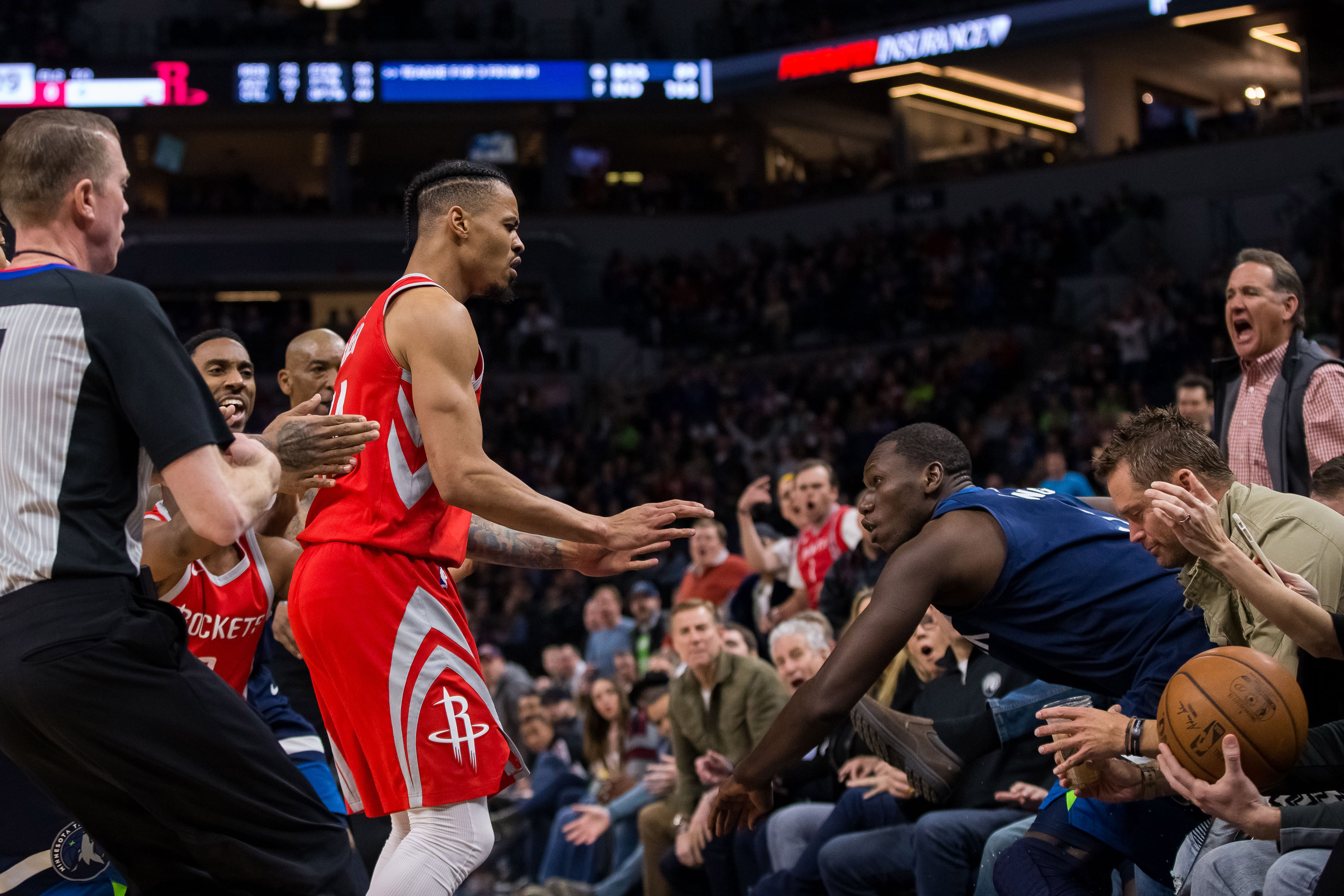 A skirmish broke out in the fourth quarter of Sunday’s Timberwolves-Rockets game, resulting in a player getting ejected from the Western Conference matchup.

It happened when Gorgui Dieng was being guarded by Chris Paul in the post, with CP3 picking up a foul for attempting to jar the ball loose from his counterpart. Paul didn’t stop after the whistle, though, and continued to try to take the ball away. He eventually succeeded, and tried to dribble the ball, and that’s when Dieng gave him a little shove, which CP3 embellished by hitting the court hard.

Dieng’s physical response didn’t go over well, as Gerald Green — who was standing behind the Timberwolves big man at the time — walked up to him and pushed him into the stands. A skirmish then erupted, with players from both teams shoving each other.

Dieng threw Chris Paul out of the club, Gerald Green didn't like it 😂 pic.twitter.com/uraO23jXzh

Green was ejected from the game, while Dieng received a technical foul, which seemed fair. The Timberwolves big man explained why he shoved Paul after the game.

Dieng: he threw a cheap shot at me and I responded.

3/18/18: Gorgui Dieng talks about his scuffle with Chris Paul: https://t.co/GsH3TEnvZ6 via @YouTube

The NBA Playoffs are just around the corner, which is probably why a number of this weekend’s games featured some heated moments.