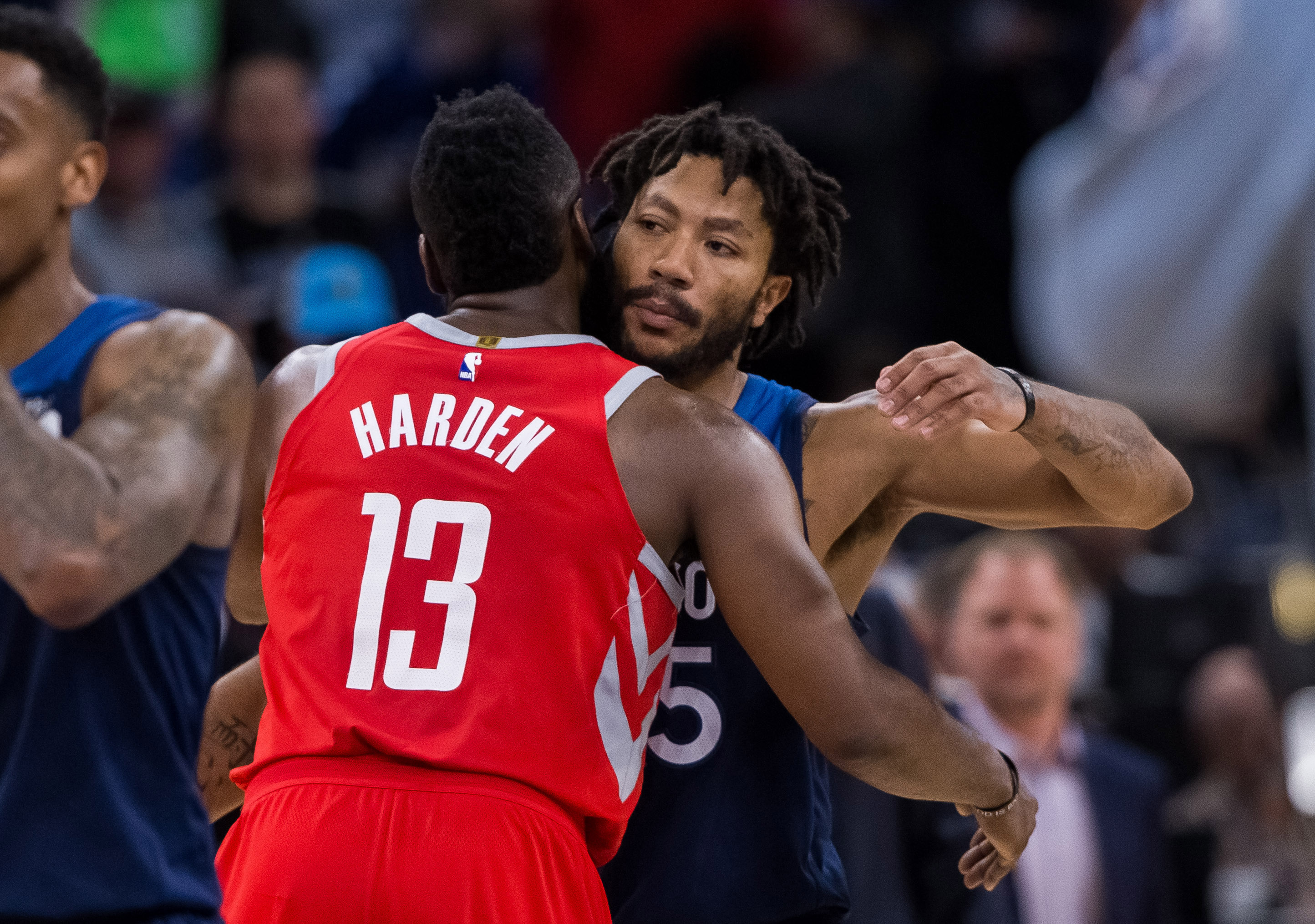 Brought it in the 4th, but came up short.

Tonight’s loss drops Wolves from sixth to eighth in West, at 40-31 a half game behind Utah, New Orleans and San Antonio

Thibs talks about the competitive nature of the crowded Western Conference after a loss to Houston. #Twolves pic.twitter.com/BOBNy6Tvpm

Thibs not interested in moral victories. Bemoaned the lack of intensity in the first half that dug the big hole.

The #Twolves will look to sweep the season series with the LA Clippers on Tuesday. #WolvesFastbreak pic.twitter.com/wPA0gtgw9o

Tonight's first half was as bad as it gets, but the second half re-injected hope into the Timberwolves fanbase.

The #Wolves upcoming seven-game stretch is so brutal that the NBA decided to nationally televise the entire thing. pic.twitter.com/AB9kK5ypNV

Tough loss but we showed a ton of heart & fight. Damn we are in the 8th seed. Good thing the tough part of our schedule is over. We need to go on a 5 game win streak. #AllEyesNorth

I’ve lost all confidence and belief in Thibs. His personnel decisions are confusing. #AllEyesNorth

Wow, what a comeback by the @Timberwolves, and although they fell short, the crowd was electric for the whole fourth quarter! #AllEyesNorth pic.twitter.com/hlEVwE5B6f

WHAT A GAME OF DERRICK ROSE

the most important thing was THAT DUNK

Fully agree. Schedule eases up after tonight. #Wolves have many winnable games ahead to close the season. #alleyesnorth #howl

Me and my favorite mom coming at you live from Minnesota #AllEyesNorth pic.twitter.com/R5mzUH8CYK