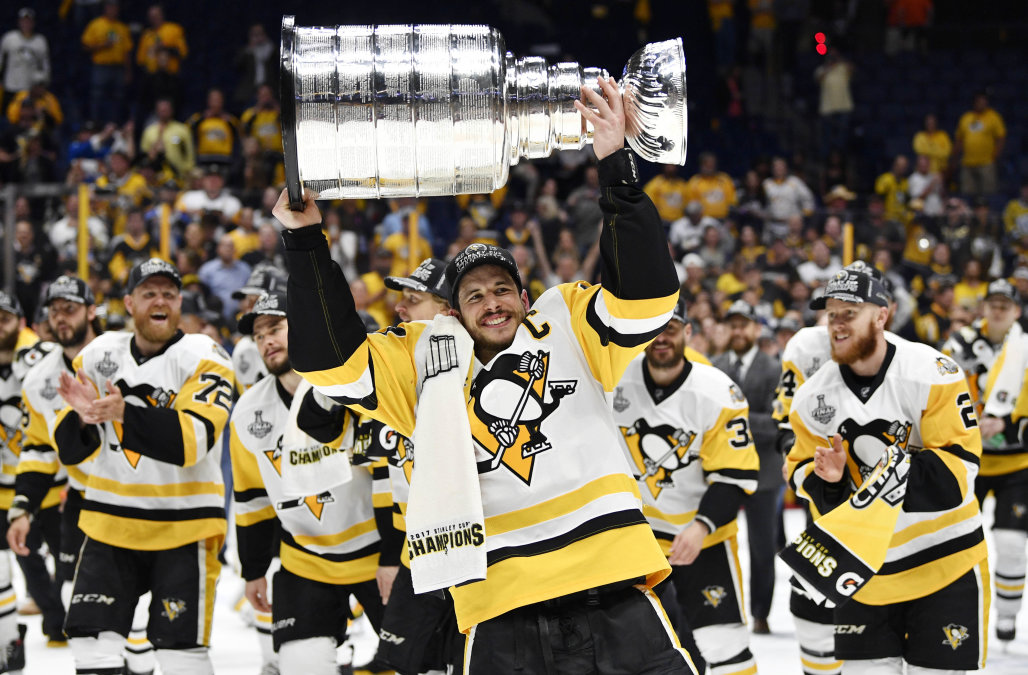 The haters thought all the hype about the “overrated” Sidney Crosby was finally a thing of the past after Pittsburgh came up empty in the playoffs from 2010 to 2015. The haters cheered and had a giant C.J. with each other when Crosby missed nearly 1 1/4 seasons due to the 2011 Winter Classic concussion.

Then the last two seasons happened.

Yet the haters were delighted this season when as late as early January, Pittsburgh found themselves three points out of a playoff spot with the worst team points percentage in their division. Crosby was 33rd in NHL scoring. The haters foamed at the mouth. What happened to the Penguins? Where is their exalted captain? Only deluded idiots would consider Crosby the best at anything now, they crowed.

Around that time, the NHL Players’ Association was completing a league-wide canvassing of its members on a variety of topics: who is the best skater, goalie, coach, competitor, etc. and they released their annual player poll (#NHLPlayerPoll) results last week.

The haters can’t seem to catch a break. Even before Crosby turned his season around by scoring 41 points in 30 games (3rd best in the NHL) since the Carolina loss, the Players’ Poll results overwhelmingly show that his peers consider him to be the best player on the ice right now.

Keep in mind, this is internal data from current NHL players themselves. These are not agenda-driven, blowhard media panel results or a fan poll posted on the Penguins’ website or fan forums. Fans are blinded by lust for their favorite team/players and rage against opponents while media often show similar but more subtle biases.

Witness Nashville Predators blog, On the Foreskin, still raging about Crosby and rending their undergarments at the slightest mention of either him or the Penguins:

Seriously, get over it. You lost; we won. Let’s talk when the rematch starts, May 28.

Most difficult overall player and most difficult forward to play against. Best team player. Best winner-take-all player. Best future coach. Not bad for a 30-year old player who was labelled by some as old and disinterested earlier this season.

One of the most telling facts from the Players’ Poll is that Crosby’s peers voted him “best role model” by a considerable margin. This is in sharp contrast to all the accusations jealous fans of other teams (mostly from eastern Pennsylvania) often throw his way: “classless” / “not a leader” / “whiner”. In some perverse way, when Crosby is asked for the thousandth time about what he thinks of Flyers fans booing him when the Pens play in Philadelphia, I want Crosby to break out of non-controversial/PR mode just once and quote word-for-word what former Portland Trail Blazer Bonzi Wells candidly said about fans years ago:

“We’re not really going to worry about what the hell [the fans] think about us. They really don’t matter to us. They can boo us every day, but they’re still going to ask for our autographs if they see us on the street. That’s why they’re fans and we’re NBA players.”

In closing, to paraphrase Abby from NCIS, “Roses are red. They go in a bucket. Crosby haters can personally suck it.”

Roses are red. They go in a bucket. Jake is a jerk. He can go suck it–Abby https://t.co/t4uB1kkkrP #NCIS #SquadGoals pic.twitter.com/arw75r0bMF