Weight’s decision to move captain to wing interesting but understandable 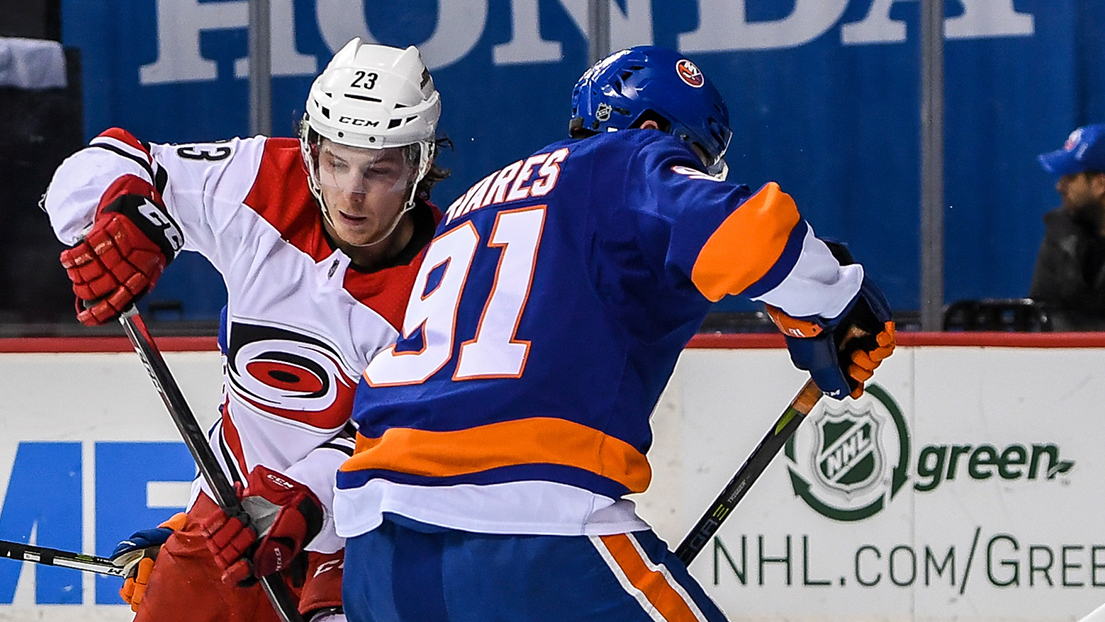 Weight’s decision to move captain to wing interesting but understandable

NEW YORK — Prior to the latest New York Islanders 4-3 defeat to the hands of the Carolina Hurricanes, Doug Weight stood tall while he was grilled about moving his franchise cornerstone center and captain John Tavares to the wing rather than his usual middle position.

“I guess that’s what fans do and that’s what people outside the game do,” when asked if the move is to prepare for life without Tavares (if he walks this summer). “They’re going to critique and judge and think maybe try and get in your head. It’s nothing like that. I think Mathew’s a pretty darn good player, and so is John.”

He continued: “People want to critique, so I have no problem with it. John’s excited about it. Whether it’s a game or a period or 10, it doesn’t change what he means to our team. If he’s a centerman, he’s a centerman.”

Bear with me, Islanders fans.

I’ll give it to you straight. You deserve it.

Doug Weight wasn’t entirely out of line with his idea of moving the captain to the wing on Sunday evening. You can yell, scream and pout all you want. Heck, you can call me out on Twitter. I understand you, I truly do.

But, with patience, you will understand why this move makes sense.

It’s been an ugly season. In fact, it’s been as disappointing as last.

The fact of the matter is: your team is 30-32-10 and has one win since February 15. You are what your record says you are. The Islanders are not a strong and functioning hockey team right now and needed change.

Sometimes change comes in the form of a big splash at the trade deadline. Other times it could be a coaching change. With both scenarios failing to play out this season, it was up to the coach to push his luck in the line generator and see what works.

If we’re being honest here, Doug Weight saying after the game: “Sometimes it’s a different line that is refreshed and you have a new start in the second period,” couldn’t be more accurate.

Things change over the course of a game. Coaches adapt. Teams learn tendencies. So even if Tavares, Barzal and Eberle only existed for several shifts in one period of action, doesn’t mean it was an awful move.

When something is broken, you try to fix it. The Islanders have been a broken team for quite some time. Something’s got to give. At this point of the season, with the Islanders on the outside of the playoff window looking in, it is the perfect time to experiment.

Weight’s logic behind the move is this: ‘Let’s move our future All-Star and current front-runner for the Calder Trophy on a line with our perennial All-Star, future hall of famer and face of the franchise along with someone who has experience playing with both.’

Yes, I paraphrased. But, you get the point, don’t you? It makes sense.

And if you thought Tavares was mad about the move, well, don’t buy into that narrative either.

“Dougie’s the coach, so he doesn’t have to come to me and ask me where I want to play or who I want to play with,” Tavares said after the game. “Certainly being the captain, if he wants to bounce things off me or relay some things to the group from me, that dialogue is there.

Tavares played some time on the wing with former teammates Frans Nielson and Kyle Okposo. He played on the wing during the lockout year. With Team Canada and all of their talent, JT was no stranger to the left side.

Sure, he hadn’t played it this year nor practiced much in that position. However, at this point, in last place of the Metropolitan, why not test different combinations?

I understand your frustration, Islanders fans. I do. I know how aggravating this season has been; it’s been a nightmare. But, if the coach wants to experiment with something after a full year of messes, then you can’t blame him for wanting to change. After all, when Andrew Ladd played with Barzal and Eberle, he looked rejuvenated. Anthony Beauvillier was on a tear alongside the two.

Maybe, just maybe, Dougie is on to something.