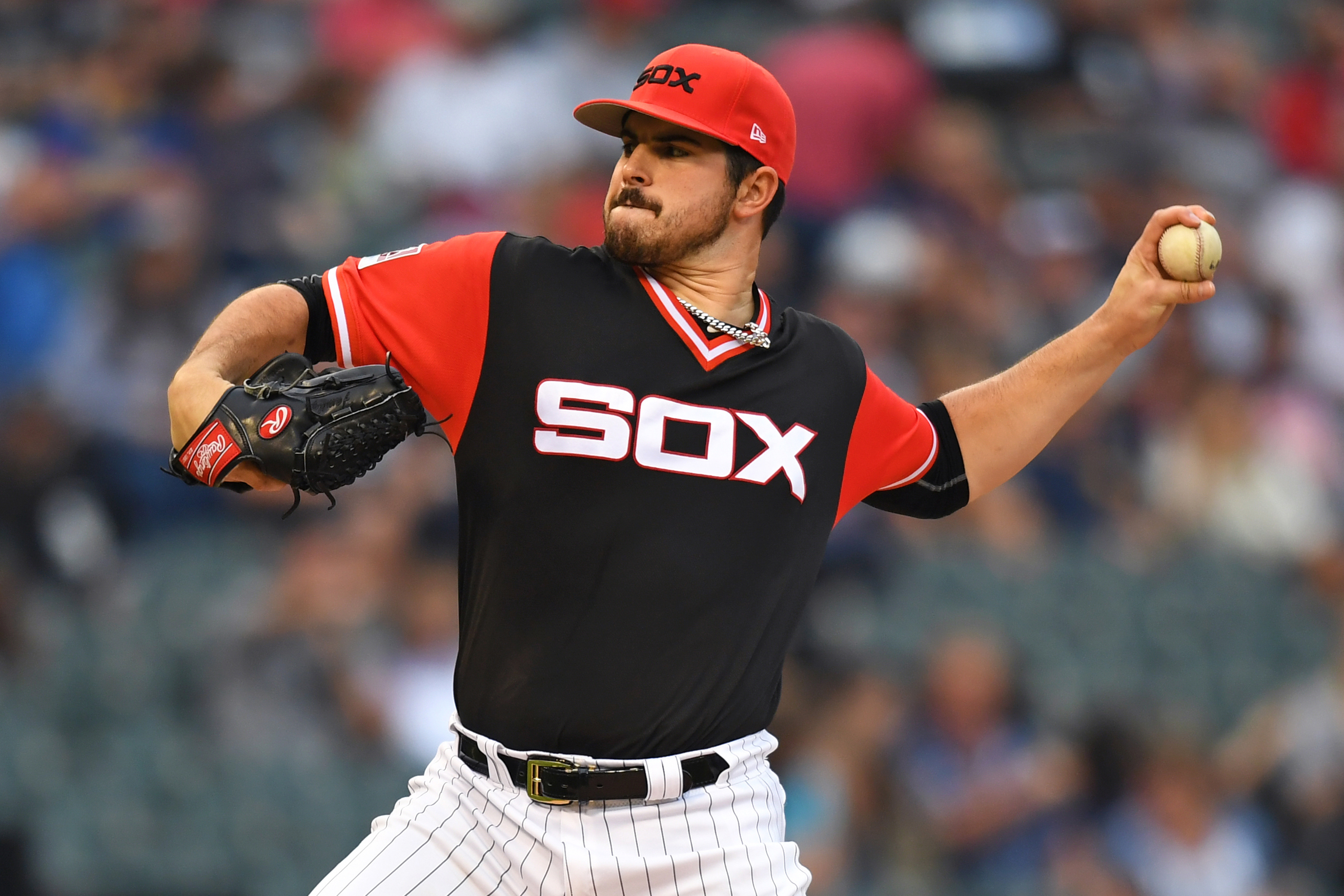 After a long winter and a Spring Training schedule that always seems to drag toward the end, we’re getting so close to Opening Day finally arriving. With baseball soon to make its triumphant return with games that actually count, there are tons of storylines to keep an eye on, whether we’re talking about a specific team or individual players.

Everyone’s situation is unique from one another, but there are plenty of players aiming to have a good season in 2018 despite their recent injury history. The following eight we’re about to discuss will be attempting to do just that.

Please note that all of the ballplayers highlighted below either finished last season on the disabled list, will start this season on the shelf, or got a late start this spring because of offseason surgery. And if they’re really (un)lucky, they’ll hit the double whammy by classifying for more than one of these categories.

His 4.21 SIERA wasn’t all that far off his 4.15 ERA, and while his 25.6% strikeout rate was the highest single-season rate of his career, his 10.4% walk rate re-entered double-digit territory for the second time in three years. It’s also worth mentioning that his soft-hit rate allowed (12.8%) and hard-hit rate allowed (32.1%) were both career-worst marks.

This upcoming season won’t be any easier for the southpaw, as 2018 will be another abbreviated campaign due to arthroscopic surgery on his left shoulder. Without much seasoning in the minor leagues (just 55.1 career innings), he needs to get innings under his belt to sharpen his arsenal, and that seems to be hard to come by at the moment.

Two things have defined Yoenis Cespedes’ Mets career since arriving in Flushing during the 2015 season: lots of offensive firepower and leg injuries. Issues with his hamstrings and quads have landed the outfielder on the shelf multiple times since his first full season with the club (2016), but he’s been quite productive when healthy.

Those physical issues were more pronounced last year since he was limited to just 321 plate appearances (81 games), but if we compare his 2017 campaign with that 3.2-fWAR, 31-homer performance from 2016, his numbers look eerily similar.

When we add in a 49.6% fly-ball rate and 42.2% hard-hit rate that were both single-season career-best marks, the potential to blow past those 2016 numbers — if healthy — is certainly there. He’ll now just have to stay on the field and hope that the wrist injury he’s been dealing with lately doesn’t turn into something bigger.

The Cleveland Indians are already projected to have one of baseball’s best rotations in 2018. However, we can’t help but wonder how much better they could actually be with a healthy and productive Danny Salazar in the middle of it all. Despite posting a 4.28 ERA that was the worst he’s posted in any big league season, he was still worth 2.2 fWAR over 103 innings.

Unfortunately, Salazar just can’t stay healthy. He’s been long tossing and is apparently close to getting back on a mound, but rotator cuff inflammation will force him to start the year on the disabled list.

Coming back from a serious knee injury is a concern for any player, but especially one that depends on his legs to provide a good chunk of value in the outfield and on the bases. He hasn’t gotten a ton of playing time in Grapefruit League action just yet, so it’ll be interesting to see how he continues to progress, as the 29-year-old will be a crucial piece of the puzzle for the Nationals at the top of their lineup.

When we look at his 2017 season overall, it was a step in the right direction for Eduardo Rodriguez. His 8.6% walk rate wasn’t much different than his prior two seasons, while his 25.8% strikeout rate, 4.05 SIERA, and 137.1 innings pitched were all personal bests.

However, there was a clear divide between before he injured his knee and after when digging a little deeper. Upon getting this issue surgically corrected in October, having him ready for Opening Day wasn’t an expectation, but he’s at least been progressing well enough to be taking the hill in a minor league spring training game next week.

With what is projected to be a solid top part of the rotation, the Red Sox really need the back half of this starting staff to do its part. Having Rodriguez healthy is a good start, with the next order of business being to get consistent production out of him for the duration of the season.

The Twins were just fine on offense during the second half when a shin injury prevented Miguel Sano from taking the field on a consistent basis, but that doesn’t mean they wouldn’t still like him in the middle of their lineup. After all, this is a right-handed slugger that’s posted consecutive campaigns of 25-plus homers despite not registering more than 500 plate appearances in either season.

Although his fly-ball rate and ground-ball rate both went in opposite directions compared to 2016, Sano’s soft-hit rate (13.5%) and hard-hit rate (44.8%) remained among the league leaders.

It took a while for Sano to get into spring training games, but he’s currently boasting a healthy .345/.441/.793 triple slash through 29 at-bats. Yes, those stats don’t count, but it’s also worth noting how his strikeouts have progressed during this time of the year since 2016 — after whiffing at least 20 times in each of the last two springs in 50-plus at-bats, he’s only struck out 6 times in his first 11 games.

A reasonable return date for Shelby Miller as he continues working back from Tommy John surgery is probably early in the summer, but he could be an important hurler for an Arizona rotation that could have some questions. We all know the right-hander’s 2016 season was nightmarish, but how bad was it exactly?

Well, he produced just 0.6 fWAR off the strength of a 6.15 ERA in 101 innings, and before hitting the disabled list last year, he needed just 22 innings to accumulate 0.5 fWAR. The 12.1% walk rate he posted during this small sample size doesn’t help much, but his average fastball velocity came in at 94.9 miles per hour, which was the highest it’s ever been.

How much of a factor he can be for the Dbacks this season is still undetermined, but he probably still has some work to do with regard to getting the sour taste of that ’16 campaign out of his mouth.

Trying to stay healthy has been the story of Troy Tulowitzki’s professional career. Unfortunately, it seems like he’s rarely able to dodge the injury bug for long before getting bit again. He hasn’t played in more than 131 games since 2013 and was limited to just 66 contests this past year.

Making matters even worse, the veteran shortstop won’t even get 2018 off to a healthy start, as he’s already been officially ruled out for Opening Day. What he’s done when on the field in recent years hasn’t been that great, either.

His hard-hit rate has been in a consistent decline since 2014, while his .129 ISO, .292 wOBA, 73 wRC+, and 0.0 fWAR haven’t been that low in a single season since his 25-game cup of coffee as a rookie in 2006. Once he does finally get activated off the disabled list, the 33-year-old has a tall task ahead of him when it comes to even being close to the same stratosphere of his prior production.