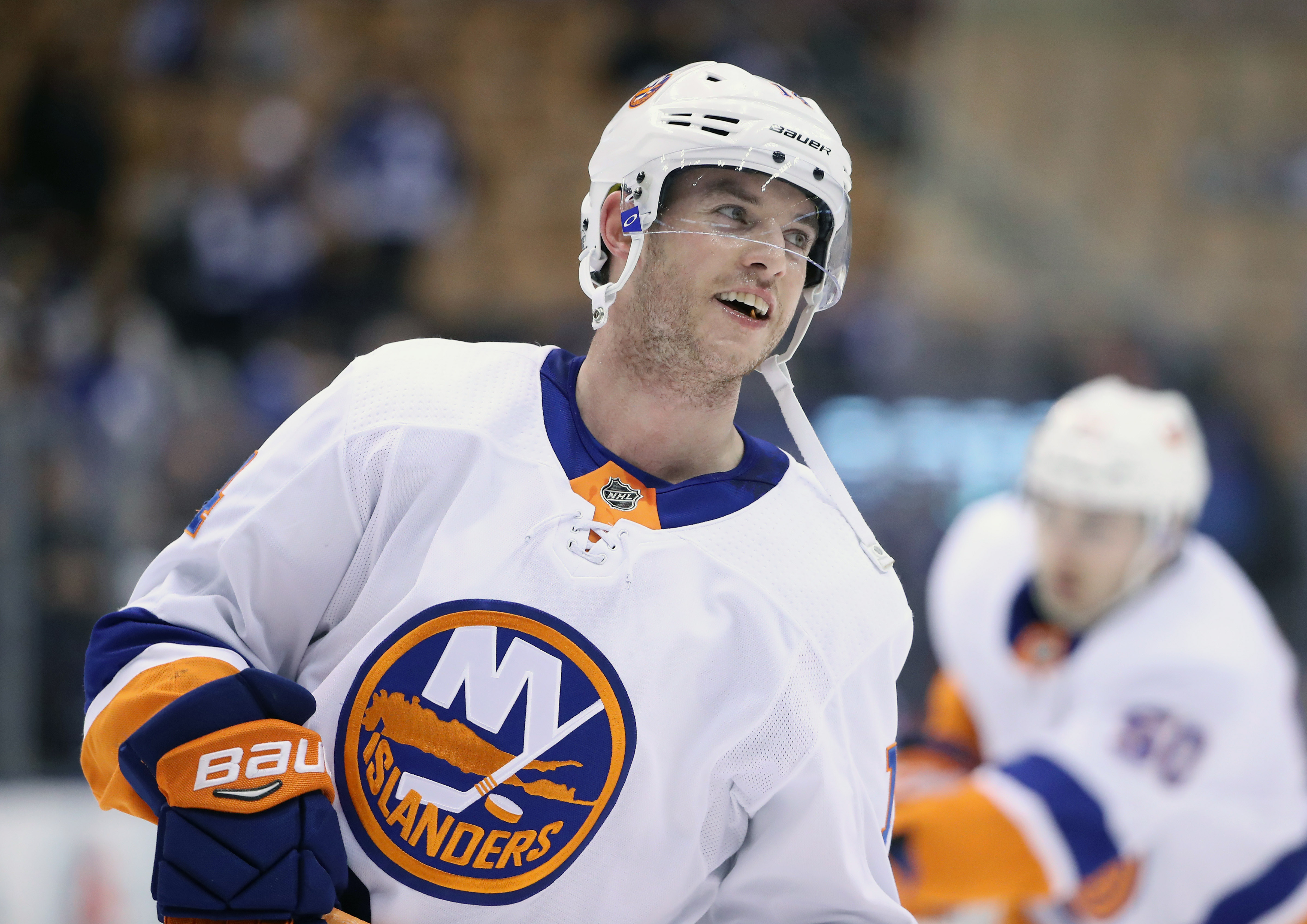 EAST MEADOW, N.Y. — He wasn’t drafted by the Islanders and didn’t come up through their system. In fact, Thomas Hickey’s career in the blue and orange started as a waiver pickup during training camp of the 2013 lockout-shortened season and the 29-year-old defenseman has been a constant presence on the blueline ever since.

On Tuesday Hickey will reach a personal milestone and appear in his 400th career NHL game, all of which have been played with the Islanders.

“It’s something to be proud of,” Hickey said after the team’s morning skate on Long Island. “I started my career a little bit later than I wanted to and to get there is something I’m proud of. Hopefully, many more to come.”

Hickey, a former fourth overall pick by the Los Angeles Kings in 2007, never found a place in the organization that drafted him and was eventually placed on waivers. The Islanders announced the acquisition during a practice at Nassau Coliseum on February 14.

The Islanders defenseman hasn’t been perfect during his time with the team, but has been serviceably consistent in his play. Hickey has recorded 20 points in all but two seasons he has been here and has hit that mark again this season with four goals and 16 assists.

“He’s a great pro the way he approaches every day,” said John Tavares, who played on Team Canada with Hickey before he was picked up by the Islanders. “Very detailed in the way he prepares himself and takes care of himself as well. Being able to be the way he plays with his heart on his sleeve. Every shift, every game he tries to bring that approach every night. Understands his skillset too and always working on things and trying to get better.

“Just very committed. A lot of guys I think just look to him how he has made himself a very solid NHL player. Great to see him hit a great milestone tonight.

Hickey felt pride in the way he reached the NHL, but understands that there are other players that have far exceeded 400 games in the NHL, even guys in the Islanders locker room.

“I’m proud of myself. It wasn’t easy,” Hickey said. “It was a lot of hard work and I’m proud of that. At the same time, it’s only 400. A lot of guys in here have played many more games than that.”