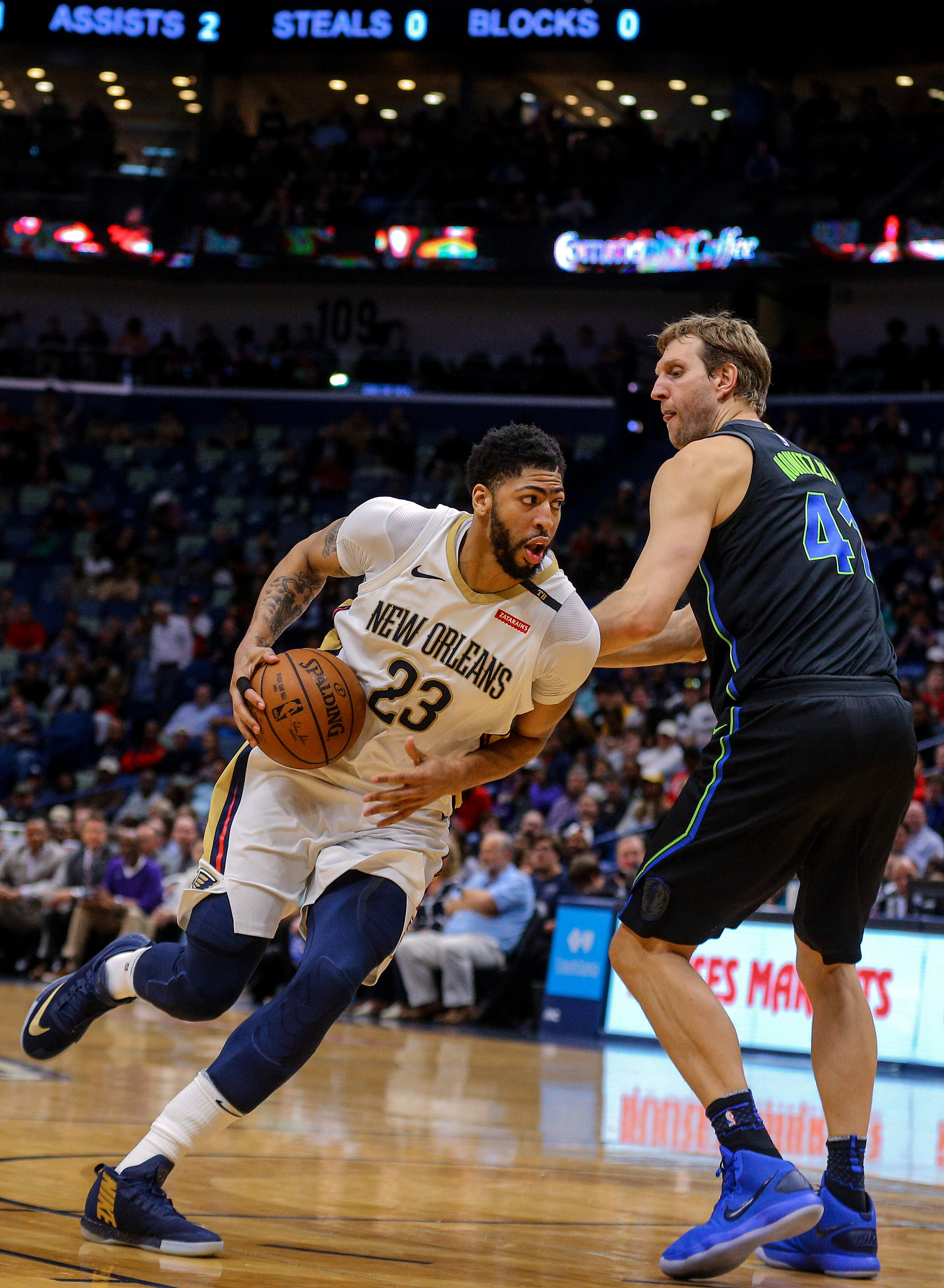 New Orleans,La- The New Orleans Pelicans took on the Dallas Mavericks Monday night in the Smoothie King Center. The Pelicans playing their third of five home games looking to keep pace with the rest of the west. The Pels facing the Mavericks for the fourth and final time this season leading the series 2 to 1. Anthony Davis was in rare form for New Orleans carrying the team once again, scoring 37 points 8 rebounds 2 blocks in 38 minutes.

The Pels guard Jrue Holiday was unavailable due to illness so other players had to step up in his place. Guard Rajon Rondo stepped his game up against one of his former teams putting up nearly a triple double with 19 points 14 assists & 9 rebounds. The Pels key reserve Ian Clark scored 19 points off the bench to reinforce the offense. New Orleans shot 53% from the field 40% from downtown plus they out rebounded, out assisted, had more fast break points and even won the points in the paint battle.

The Pelicans started slow and eventually were able to close out the lowly Mavericks 115-105.

New Orleans (41-30) with the win tonight climbs up to fifth place in the Western Conference Playoff Race. They have 2 more home games left of 5 & the team is focused on finishing strong. The Pelicans started forward Solomon Hill for the first time due to Holiday being out because of flu. Hill still playing underneath a minute restriction played 11 minutes and scored 2 points.

The next game is Tuesday night versus the Indiana Pacers who is also 41-30 and its the make up game from last month when the Smoothie King Centers roof sprung a leak. New Orleans will have a difficult challenge against a scrappy young and tough Pacer club led by Coach Nate McMillan. The Pels will have to lock in something serious because this one won’t be easy.