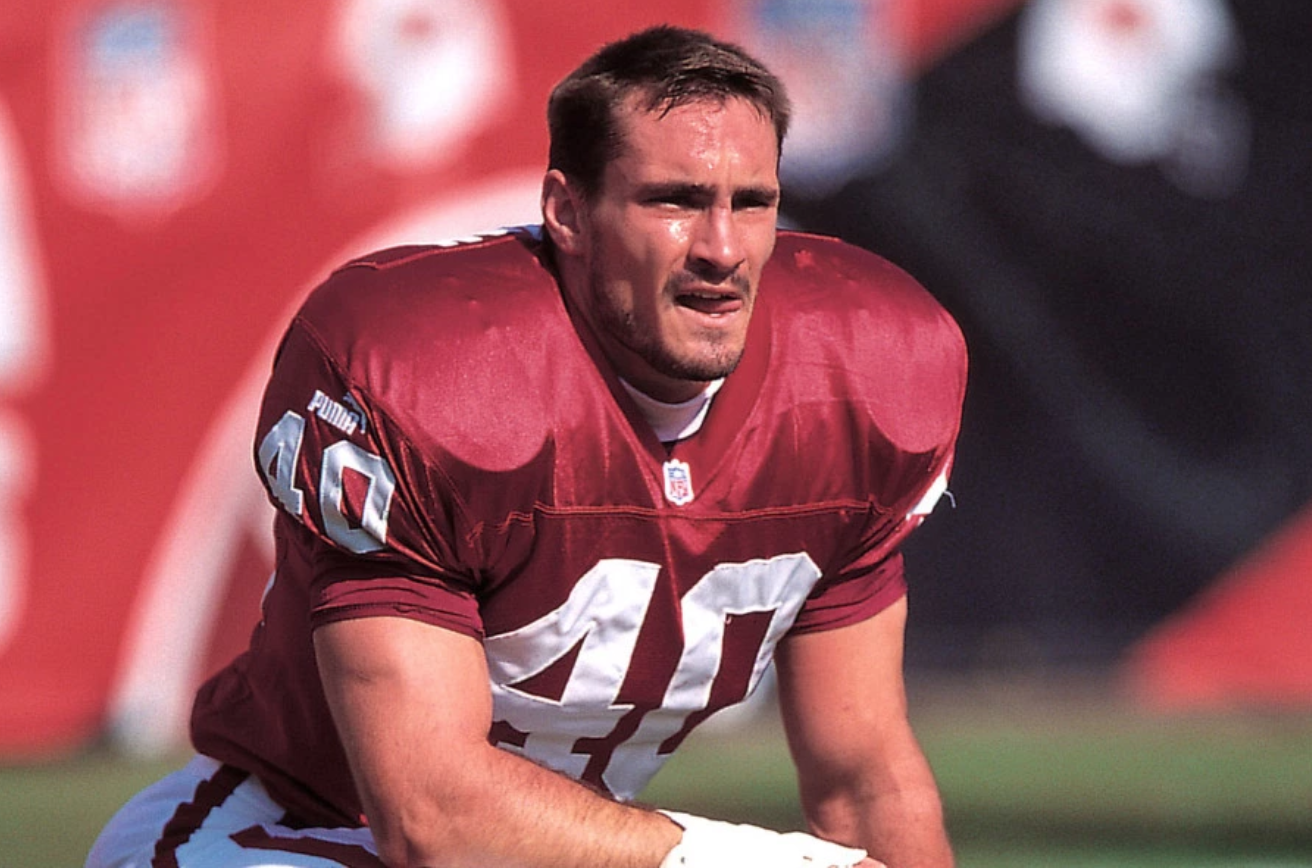 Former Cardinals linebacker Pat Tillman elected to cut his NFL career short to serve his country, in what was an extremely selfless and brave decision.

Tillman enlisted in the Army and was deployed to Afghanistan, where he was tragically killed by friendly fire.

A number of Cardinals players — past and present — teamed up with Arizona Wilderness Brewing to make a beer to honor Tillman. Cardinals OT Jared Veldheer, as well as former NFL’er Earl Watford, collaborated with the brewery to make a triple IPA in Tillman’s honor.

The beer, O-Line Triple IPA, packs a hard-hitting 12 percent ABV, and is comprised of 42 different hops — a tribute to Tillman’s number. Joe Buford, co-founder of the brewery, explained how rare it is to include that many hops.

“Forty-two hops is insane,” Buford said, according to ESPN.“It is insane. The fact that I don’t think anyone has done that makes me excited because it’s not about Arizona Wilderness. It’s about the Pat Tillman name — the foundation name — so we really want you to associate that with the craziness that we’re doing.”

How does Jon Buford, one of the founders of Arizona Wilderness Brewing, feel about putting 42 different hops into the O-Line Triple IPA, a collaboration between his brewery and offensive linemen from the Arizona Cardinals? He… https://t.co/qP1SMFiqTW pic.twitter.com/BKiBN1X2PI

“He’s a hero,” he said. “And everybody especially in the state of Arizona — pretty much throughout the United States — knows who Pat Tillman is and what he’s all about. The foundation is really cool because it allows veterans to continue education and to be set up for their time when the military’s done, and to be able to help with that is great.”