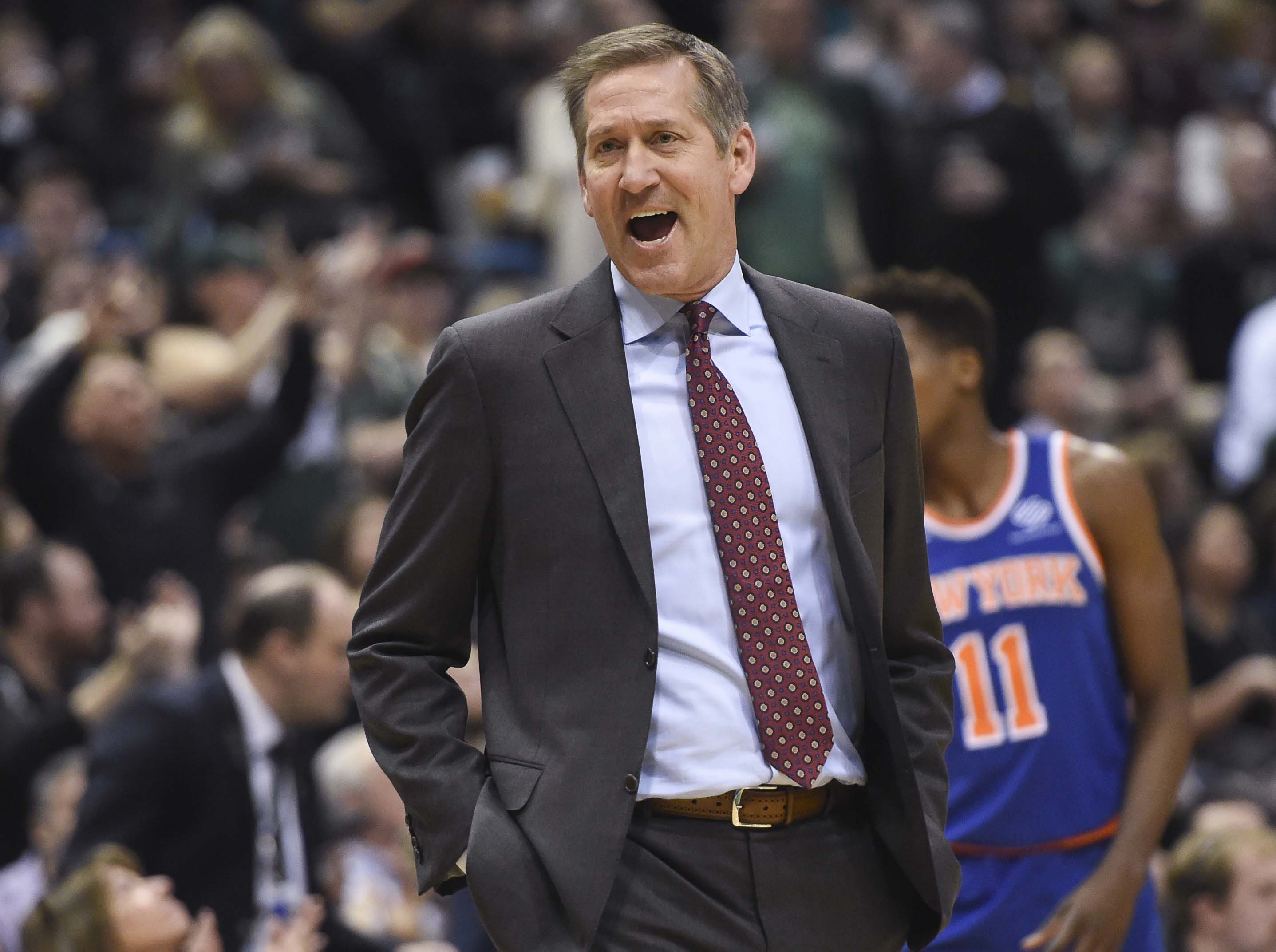 The Knicks season will conclude as the fifth consecutive campaign in which the team has finished under .500 and missed the postseason. Coach Jeff Hornacek is responsible for the last two.

Of course, there have been a variety of factors that have tampered with his ability to do a sound job. Working with Phil Jackson looking over his shoulder and breathing down his neck didn’t prove to be an easy task, especially when the executive publicly bashed Carmelo Anthony and suggested the team should trade Kristaps Porzingis. In the case of the former Knicks star, the atmosphere around his eventual departure was a distraction that lingered all of last season and prevented Hornacek from getting the most out of his team’s best player. What’s more, he wasn’t able to coach the game and communicate with his players in a way that came most natural to him.

This season, injuries to the Knicks’ top dogs put on a damper on plans to sustain a competitive run. Looking like an early Coach of the Year candidate, Hornacek had his team playing with energy and enthusiasm, gunning towards a surprising postseason birth. But alas, a season-ending injury to Kristaps Porzingis, in addition to 22 missed contests by Tim Hardaway Jr. along the way, proved to be too much of a hurdle for New York to overcome. The Knicks have once again shifted back to a youth transition with the focus on development. All told, the head coach has amassed a 57-96 record as Knicks coach. Does he deserve to continue?

There are still various positives surrounding Hornacek’s abilities as a coach. He’s a good communicator, known for being able to relate to veterans and motivate his youngsters. In Phoenix, he also garnered COY consideration for the way he elevated and got the most out of a raw and unproven squad, going 48-34 in 2013-14 and 39-43 the following season. He was a driving force in the development of Isaiah Thomas and Eric Bledsoe, playing them side by side and experimenting with smaller and faster lineups. This could bode well for Knicks’ guards Frank Ntilikina and Emmanuel Mudiay moving forward.

In theory, all that Hornacek has to offer (in addition to his preference for an uptempo, run and gun offense) would appear to be a good fit for the Knicks and their respective goals. Unfortunately, a 158-208 coaching record doesn’t do him any favors. Some may argue that it’s been a matter of circumstance, but the fact is Hornacek has failed to win on a consistent basis. What’s more, he’s seemed to go against the grain a bit over the last few weeks. The Knicks are keen on nurturing their young prospects, and staying in line with that could bolster Hornacek’s chances of returning next season. Nevertheless, he’s given veteran players more playing time at questionable instances, sacrificing development and still not having more victories in the win column to show for it. This potential disconnect between Hornacek and the front office may be troubling.

Marc Stein is reporting that the Knicks could show Hornacek the door at the end of the season, but don’t count him out so fast. The $5 million owed to him next season may be too big of a pill for the Knicks to swallow, especially after paying Derek Fisher big bucks to go off to greener pastures. What’s more, as much as Steve Mills and Scott Perry may want to start fresh with a hire of their own, it’s worth noting that Perry and Hornacek share an agent, as does assistant coach Jerry Sichting. It may not seem like much, but this connection holds water. Such proof can be found in the formation of various staffs, such as the Charlotte Hornets, Denver Nuggets, and Lionel Hollins’ old Nets staff. Symmetry and the vested interest in allowing these individuals to keep their jobs is a priority. Thus, there may be a connection between Perry and Hornacek that not many realize at this point.

Coach Hornacek’s tenure has been sprinkled with potential. When given more freedom, his team has shown flashes of positivity. Given that Porzingis will miss time heading into next season, perhaps Hornacek should be given a stay of execution to see his deal through. After all, without the team’s budding star, how much better is a new coach going to do? Continuity is key to any successful situation, and Hornacek should be provided more time to develop something and see what he can do from one season to the next, with Hardaway Jr. healthy and pieces like Mudiay, Trey Burke, and Troy Williams (among others) on board from the start.