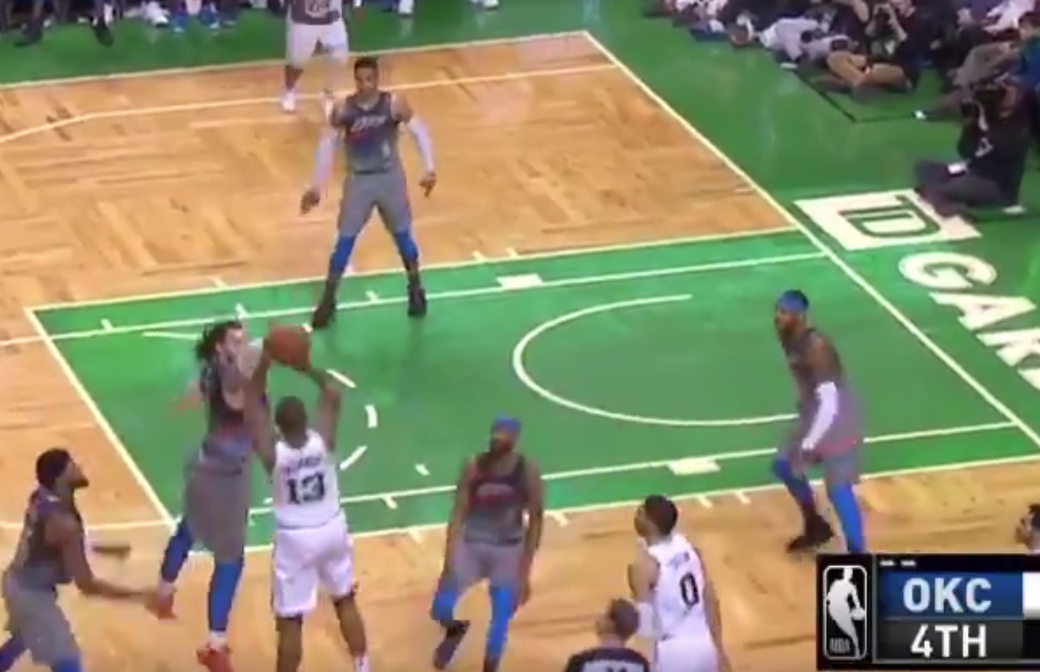 The Celtics showed they can win without their biggest star on Tuesday night. Not only that, they pulled off the feat against one of the hottest teams in the NBA.

Kyrie Irving sat out of Tuesday’s game against the Thunder, as he’s been dealing with a knee issue, but the Celtics showed a lot of heart fighting back from a first-quarter deficit to squeak out a 100-99 win.

Carmelo Anthony had a chance to ice the game with a pair of free throws with under 10 seconds remaining, but missed both. That opened the door for the Celtics, who trailed by two points, with the ball, late in the game.

The Thunder did a solid job of defending the perimeter, but Marcus Morris used a great shot fake to get Paul George in the air. He then drained what ended up being the game-winning three-pointer with 1.2 seconds remaining.