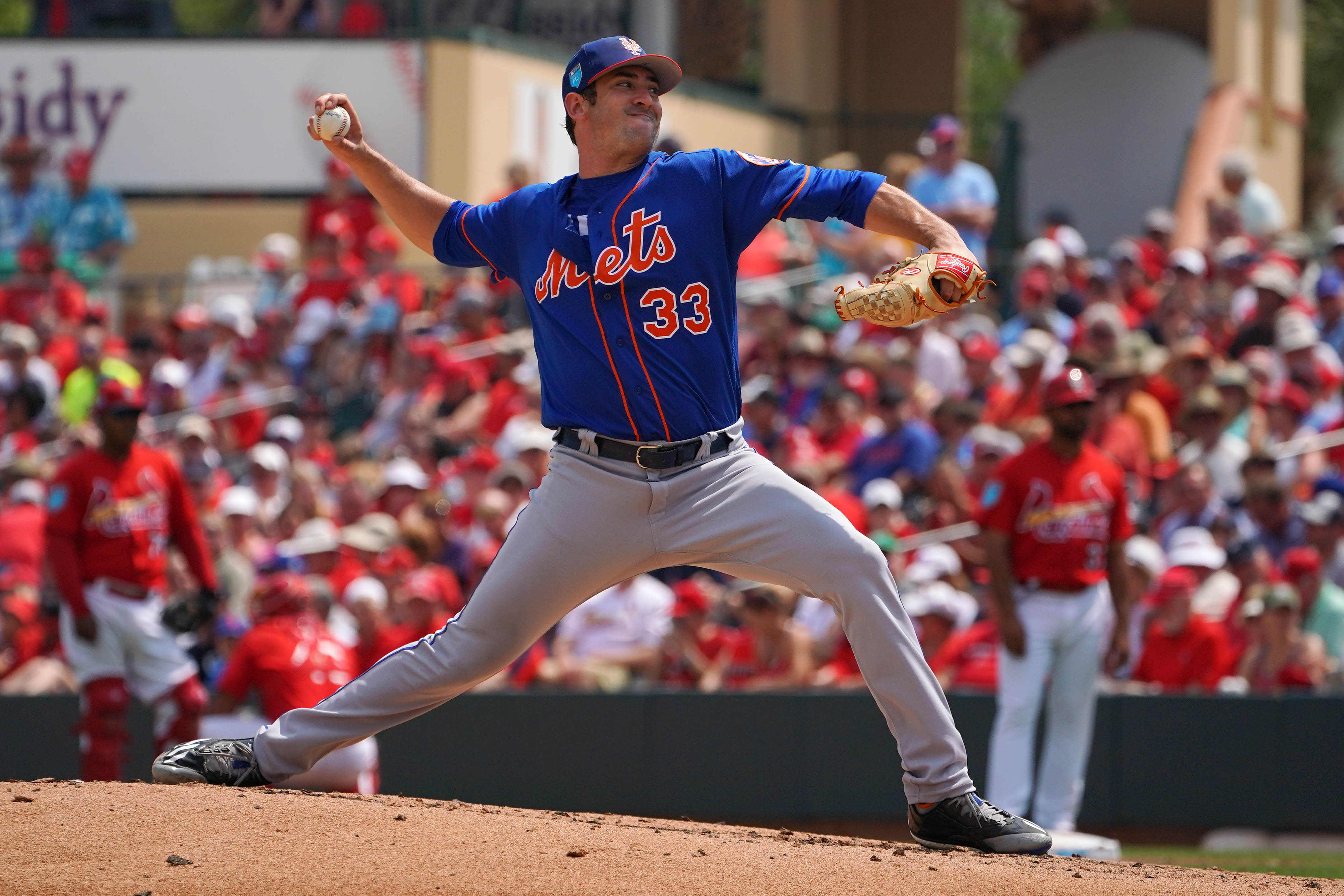 The New York Mets and St. Louis Cardinals are scheduled to open the season at Citi Field in eight days, but they still have a few Grapefruit League matchups left to play. One of those came yesterday, when the Mets defeated the Cardinals 8-7. Matt Harvey started for the Mets and delivered another strong performance, allowing one run in 5.1 innings against a lineup that featured most of the Cardinals’ regulars. The Cardinals only picked up five hits against Harvey, who tossed 90 pitches while walking two and striking out five on the afternoon.

The Mets’ pitching went downhill after Harvey exited the game. Paul Sewald came on for Harvey in the fifth and had a rough time, coughing up the lead by giving up three runs in two third of an inning. Jacob Rhame stabilized things after that, working a scoreless seventh before handing the ball to Rafael Montero. Montero, who is fighting for one of the final bullpen spots, had another rough outing by giving up two runs (one earned) in just one third of an inning. Hansel Robles was the next man up, working the final 1.2 innings to close out the victory in a far from stellar performance. The Cardinals picked up an unearned run against Robles, who gave up two hits on the day.

The key for the Mets’ offense today was the long ball. Adrian Gonzalez finally connected on his first homer of the spring, launching a solo shot off Cardinals’ reliever Jason Motte in the sixth. Wilmer Flores added a pinch hit two run homer in the seventh while Travis d’Arnaud launched his third long ball of the spring in the eighth. The Mets also got strong performances from Amed Rosario (3 for 4, 3B, 2 Runs, RBI), and Juan Lagares (2 for 4, Run). Essentially all of the regulars made the trip, offering a sneak preview of what could be the Mets’ Opening Day lineup. The one exception was Asdrubal Cabrera, who stayed home after undergoing dental work.

The Mets are off today before they return to action on Thursday with a home game against the Washington Nationals. Zack Wheeler will start for the Mets as he is taking the turn of Jason Vargas, while the Nationals have yet to declare a starter. First pitch for the contest is scheduled for 6:10 pm, a rare spring night game for the Mets.