New York Mets Will Go With Adrian Gonzalez At First Base 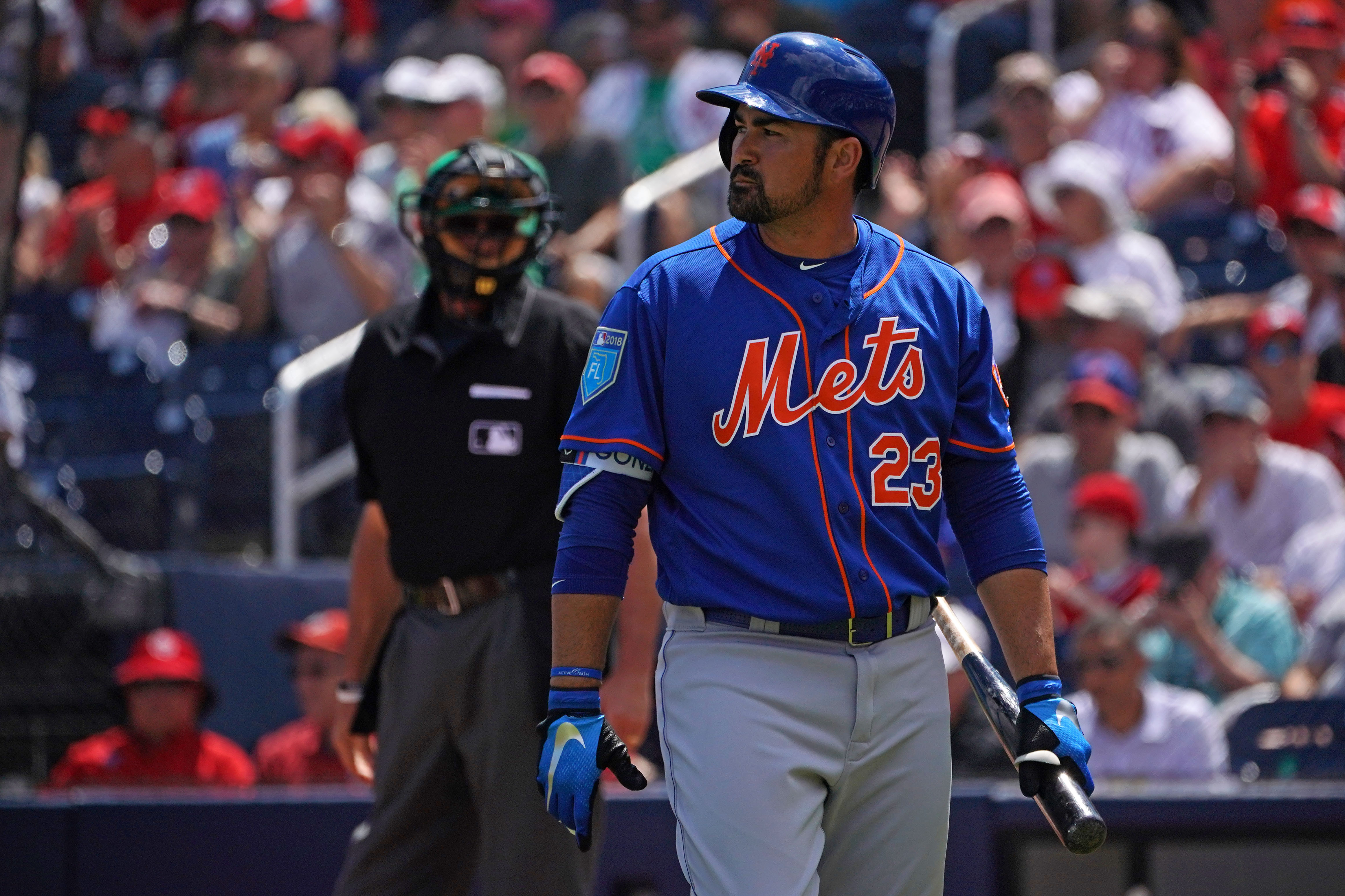 New York Mets Will Go With Adrian Gonzalez At First Base

The (alleged) first base competition is over. The New York Mets will not sign a first baseman prior to the start of the season, Kristie Ackert of the New York Daily News reports, meaning that Adrian Gonzalez will be the starter. Gonzalez, who was expected to compete with Dominic Smith for the job in camp, has hit just .191 this spring with one wind aided homer in 47 at bats this spring. Smith, who was late for the first game of the spring, injured his quad in the second and hasn’t played since.

Despite the poor results, Gonzalez told Ackert that he feels capable of contributing once the season starts. Hitting coach Pat Roessler has had Gonzalez move his hands up the bat handle this spring, an adjustment that may explain some of his struggles. An opposing scout noted that Gonzalez’s bat speed was still there, but that his power appears to be gone. The Mets are currently planning to platoon Gonzalez and Wilmer Flores, with the latter drawing starts against left handed pitching. This approach could buy the Mets enough time to either get Smith healthy or Michael Conforto back on the roster. One emergency approach could involve the Mets shifting Jay Bruce over to first if there are no other options, but they clearly want to avoid that if possible.