Celtics win at ridiculous rate when Tatum gets 12+ shots 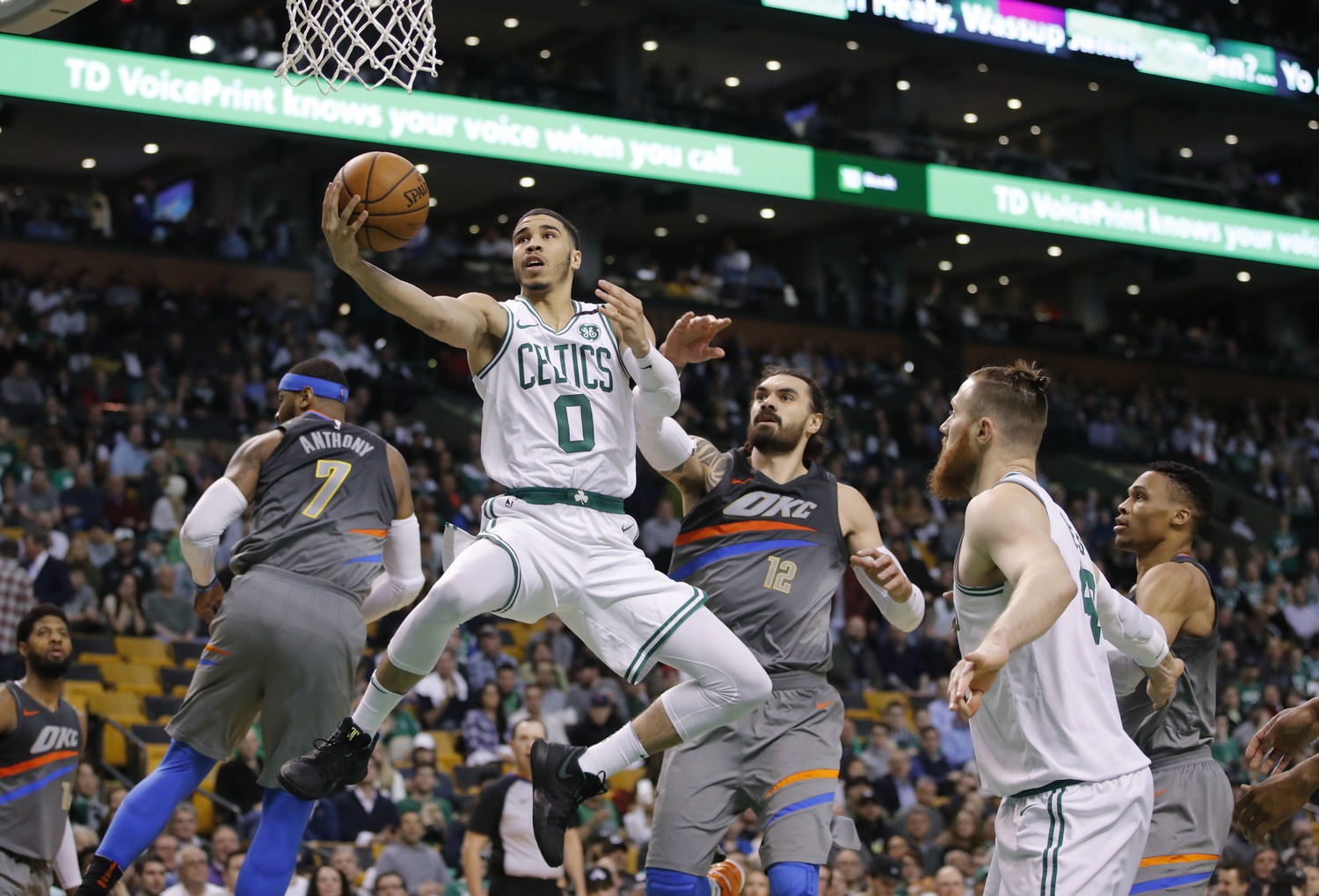 Celtics win at ridiculous rate when Tatum gets 12+ shots

The Sporting News has a new story about Jayson Tatum’s impact on the Celtics.  There are some stats that should put a giant smile on your face:

He has proven to be an outstanding 3-point shooter (42.9 percent), but also an excellent midrange shooter (43.5 percent from 16 feet out, according to basketball-reference.com). Tatum takes just 10.1 shots per game, but still averages 13.6 points. When Tatum takes 12 shots or more, the Celtics have gone 17-4.

A deeper dive into those 21 games to examine the roster, quality of opponent, garbage time, etc., might give new  context to those numbers but here at Red’s Army we all have jobs. If someone out there (i.e. you) wants to do some research, go for it.

Tatum has the ability to be a lead scorer. He is the Celtics’ best player in transition (1.22 points per possession, tops on the team), and while the bulk of his offense, as with the Celtics in general, comes on spot-up shots created off ball movement, Tatum has shown some promise as a post-up player and a ball-handler in the pick-and-roll — his 1.04 points per possession in the PNR, according to NBA.com stats, ranks in the 92nd percentile.

Danny Ainge is a God.

For more on Tatum’s touches and aggressiveness, check out John’s story in Boston.com.