Hey Tyler Kinley, what are you still doing here? 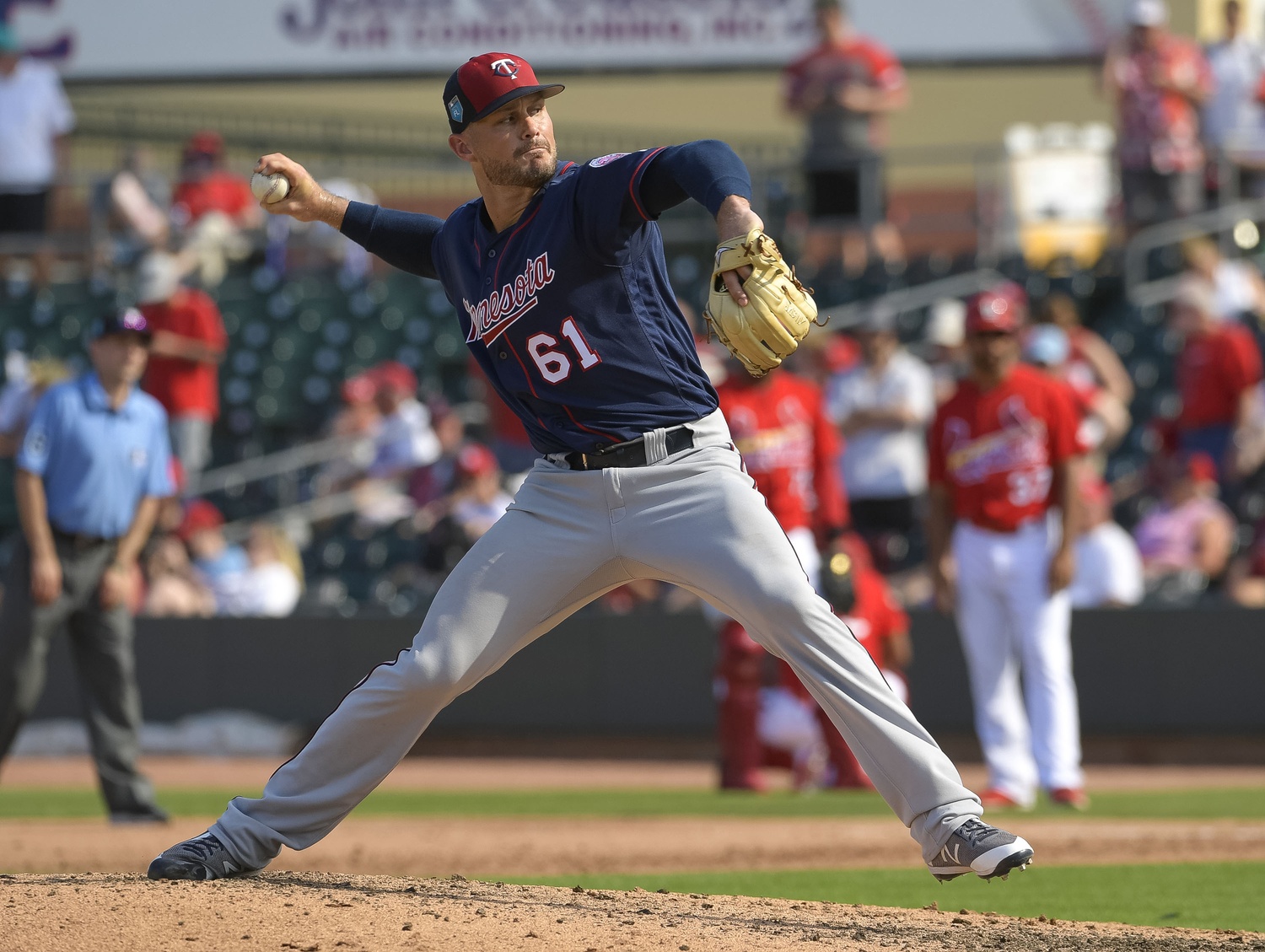 Hey Tyler Kinley, what are you still doing here?

Way back at the beginning of the offseason, during the Winter Meetings, MLB had their Rule 5 Draft, in which players were plucked by teams from other teams. The rule was that the players had to be kept on the 25 man roster for the duration of the season, or they needed to be returned to the team they were drafted from. This is a good strategy, in particular, for teams that don’t expect to be competitive, because the roster spot they hold isn’t really keeping a top player from helping a contending team.

Going into the offseason, the Twins needed to completely revamp their bullpen, though there seemed to be some young, capable pieces going forward. They addressed a deficit with a healthy, hard throwing prospect from the Marlins camp in Tyler Kinley, and he joined Fernando Rodney as being the top bullpen additions for a while. The Twins then added Zach Duke and Addison Reed, who will all definitely be in the bullpen next year. Trevor Hildenberger and Taylor Rodgers secured that final spot. None of the relievers have the fastball that Kinley does, so sure, he can have a roster spot.

But then, the offseason got more interesting. The Twins traded for Jake Odorizzi, signed Anibal Sanchez, signed Logan Morrison and finally Lance Lynn. With all these changes, they eventually had to designate JT Chargois and Kennys Vargas for assignment, and let go of the recently signed Sanchez. But Kinley is still here. The Twins are making real roster decisions a week before the season starts, and Kinley is still here.

Kinley isn’t knocking anyone’s socks off, at least by the numbers. He has control problems, he’s had an ERA of 4.50, and oh by the way, has only ever really been successful in the Dominican Winter League and in Single A. He’s 27. This isn’t really the type of arm that inspires confidence, nor one that seems like it belongs on a team with designs on the postseason.

The Twins have interesting arms that seem like they are better than Kinley, and have, in fact, proven themselves to some degree in the Major Leagues. After the way they pitched late in the year, it would be tough to see the Twins keeping Kinley on the roster over Alan Busenitz or Gabriel Moya (who was brilliant at AA and OK in a cup of coffee).Also, there aren’t many options for long relief, a role that would probably go to Phil Hughes and/or Tyler Duffey, assuming there is space.

The Twins kept Justin Haley deep into the summer last year, and one has to wonder how long the Twins are going to wait before they cut ties with Kinley. Expectations aren’t quite the same this year as they were last year, and Kinley’s presence on the roster runs contrary to them, or so it seems. A decision on his fate, and his replacement on the 25 man roster seems like the biggest remaining question before opening day.