Islanders battle back but fall to Lightning, 7-6 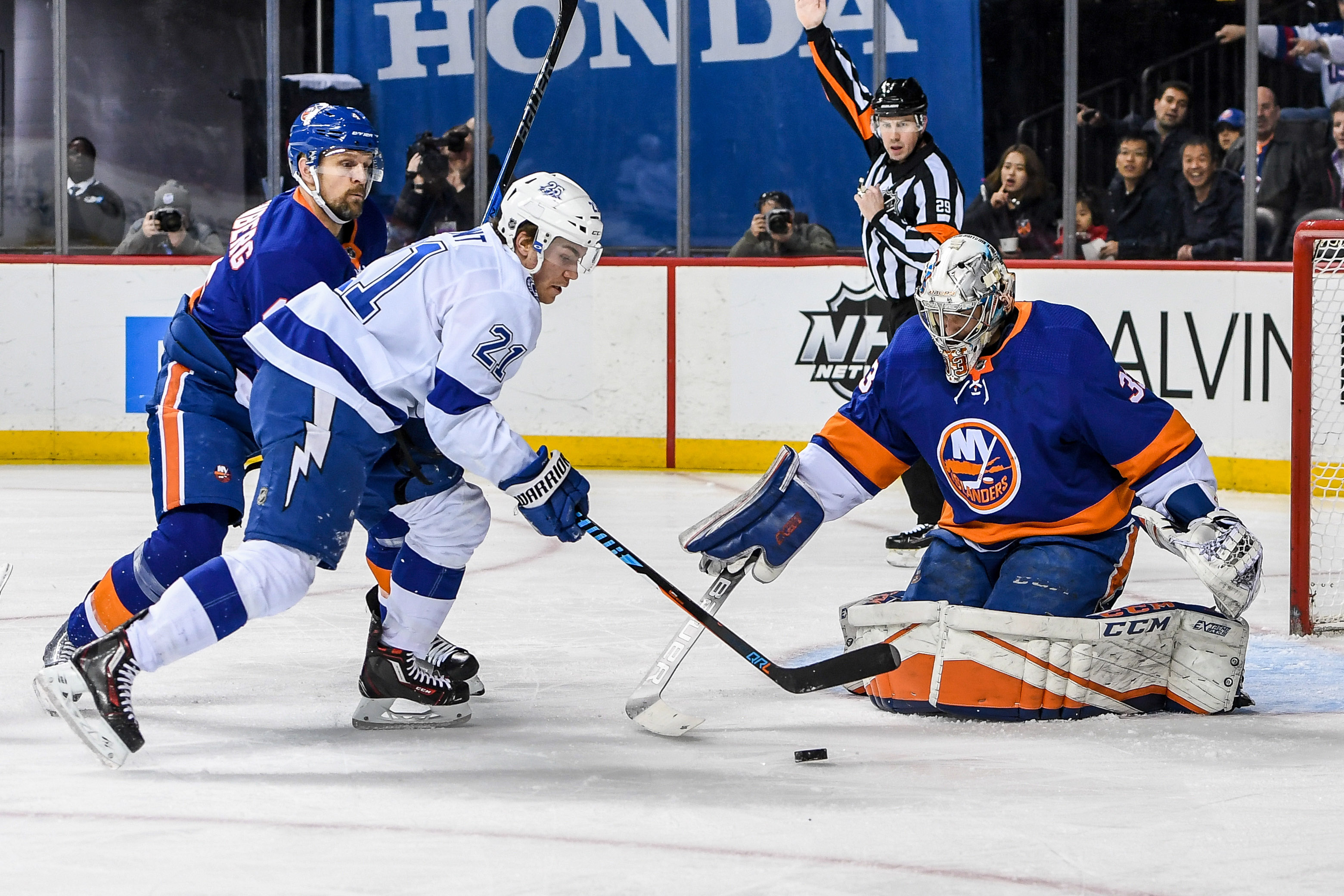 Islanders battle back but fall to Lightning, 7-6

NEW YORK — At least the Islanders can say they fought back against the Tampa Bay Lightning.

The Islanders and Lightning combined for 13 goals on Thursday, with the Islanders scoring three in the third to erase a 7-3 deficit. New York ultimately fell 7-6 as they crossed off another game on their dwindling schedule.

“Obviously we’re in a tight spot this year and kind of had a slow start (tonight),” Ryan Pulock said. “Dug ourselves a whole, but there’s a lot of character in the room and no one wants to be embarrassed in here. We came out flying in the third and played a good period.”

The game appeared to be out of reach for the Islanders after the first two periods against Tampa. The Lightning had controlled most of the game, except for a few minutes in the second period, and looked as though they were going to leave Brooklyn with a blowout win.

However, a motivated Islanders squad came out flying in the third period and put the Lightning back on their heels. Anders Lee scored his 38th goal of the season and second of the game 1:35 into the third while the Islanders were on the power play.

Anthony Beauvillier backhanded the puck through Andrei Vasilevskiy’s legs to pull the Islanders within one at 3:21 of the period. He scored again just over a minute later to cut the Islanders deficit to 7-6.

“I think coming out of the second intermission all you want is some fight and some hunger,” Islanders head coach Doug Weight said. “To realize the shots were even at 26 and it’s a 7-3 game, you just have to battle. We actually were pretty calm about it. Said we get one we can prove we can get some shots against these guys and get some opportunities, and maybe get on the power play.

“We battled in the third, it’s not good enough, but it was great to see the way some of the guys stepped up.”

Lee, Beauvillier and Pulock all finished the night with two goals and Josh Bailey recorded his 50th assist of the season. The Islanders have two players with at least 50 assists for the first time since the 1992-93 season, when Steve Thomas and Pierre Turgeon did so.

Still, the comeback in the third period masked what was a rather forgettable game early on. The Islanders fell behind 2:09 into the game when Anthony Cirelli scored on a wraparound attempt.

The Lightning extended their lead to two 26 seconds later when Tyler Johnson fired a one-timer past Christopher Gibson. Pulock scored his first goal of the game at 10:24 on the power play, extending the Islanders streak to four games with at least one power-play goal scored.

Victor Hedman gave Tampa Bay the two-goal lead back when he fired a wrist shot past Gibson at 14:17 of the first. Brayden Point made it a 4-1 game less than three minutes into the second period, but Pulock scored again at 3:20 of the second and Anders Lee followed that up at 5:15 to pull the Islanders within one.

J.T. Miller scored at 8:27 and Mikhail Sergachev scored minutes after on the power play, which drove Gibson from the net. The Islanders starter made 18 saves.

Jaroslav Halak finished the game and made 11 stops. He also surrendered the final Lightning goal at 18:20 of the second to Miller.

“They came around and started playing, and we fell short.”